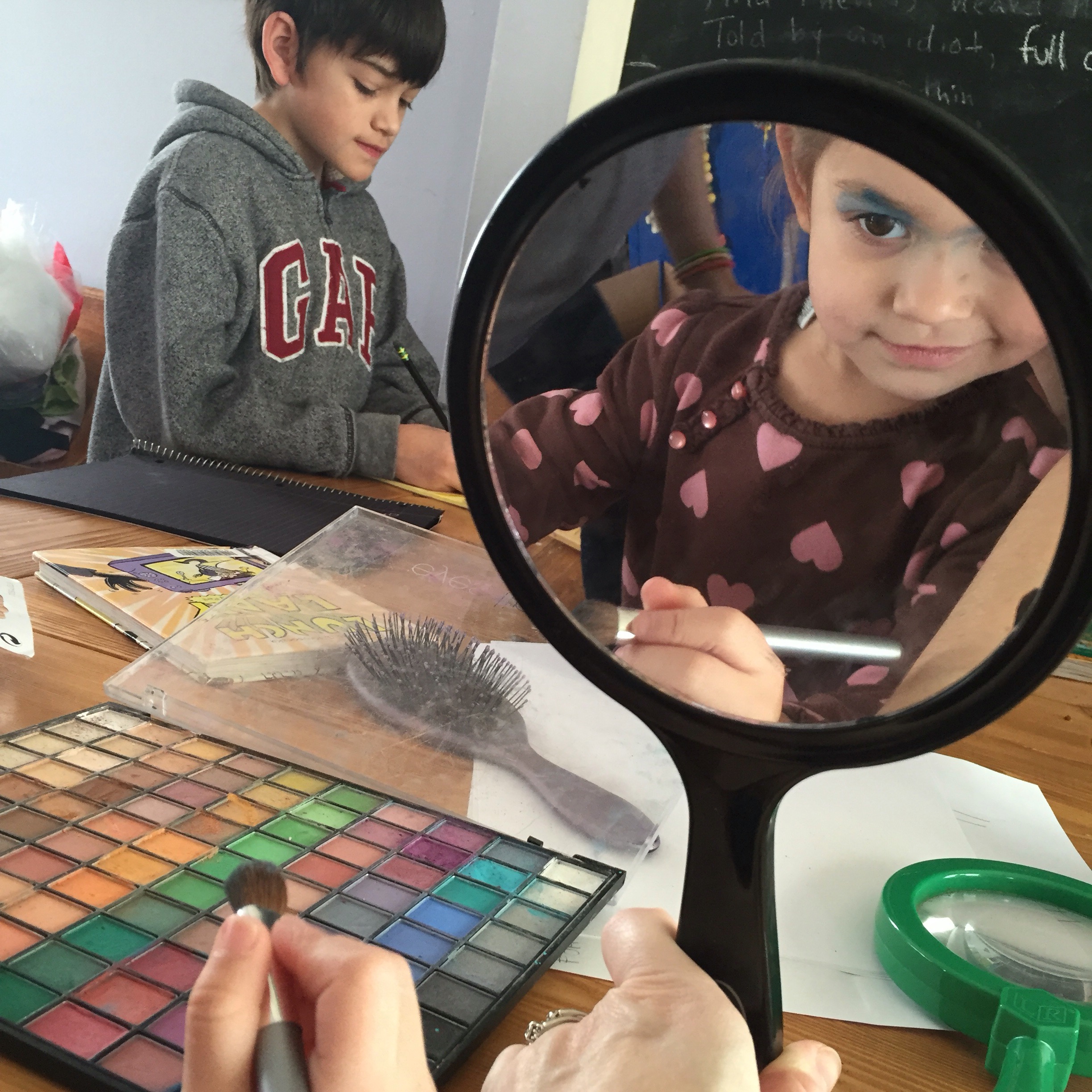 I like a good heirloom and some of my very favorites aren’t even things. Maxims, sayings, and the like are the most treasured. Often the kids will say, “Where’d you learn that?” And I’ll say, “Mama Syd says it.” You know, things like ‘slick as snot,’ ‘bass-ackwards,’ etc. etc. We’re all about the legacy building, folks.

On Friday, Gemma and Ellie asked if they could help roll out the pizza dough. I consented even though it would triple the prep time. Patience in the kitchen is not one of my virtues but I took a deep breath and consented. Gemma was up first and she half heartedly lunged into her stiff elbows. The dough flattened in a sad though obedient line under the pressure. I remembered to breathe and NOT count the seconds ticking by and readjusted Gemma on the stool.

“Here,” I said, raising her up above the table, “Get your butt behind your work.”

There was a chorus of “Whaaaat???” from around the table. I was slightly surprised because I say this ALL. THE. TIME. Which is exactly how often my mother said it to me.

Shoveling horse poo, mowing the lawn, pedaling up hill, mopping, vacuuming, anything that required effort- these golden words were the wisdom she offered. And as often as she said this I rolled my eyes and gritted my teeth.

But now I know and, as they say, knowing is half the battle.

I watched and coached the rolling of the dough while I explained the physics behind this verbal gem. There were a few head nods, a few murmurs of acknowledgement. Then Ellie reappeared and asked if it was her turn. When it was, Gemma and I moved out of the way and let her try. Her first attempt was much like her sister’s but before I could say anything, Gemma piped up.

“No, Ellie. You have to push your butt out your pants.”

My life is changed and all for the better.

Push your butt out your pants. . .