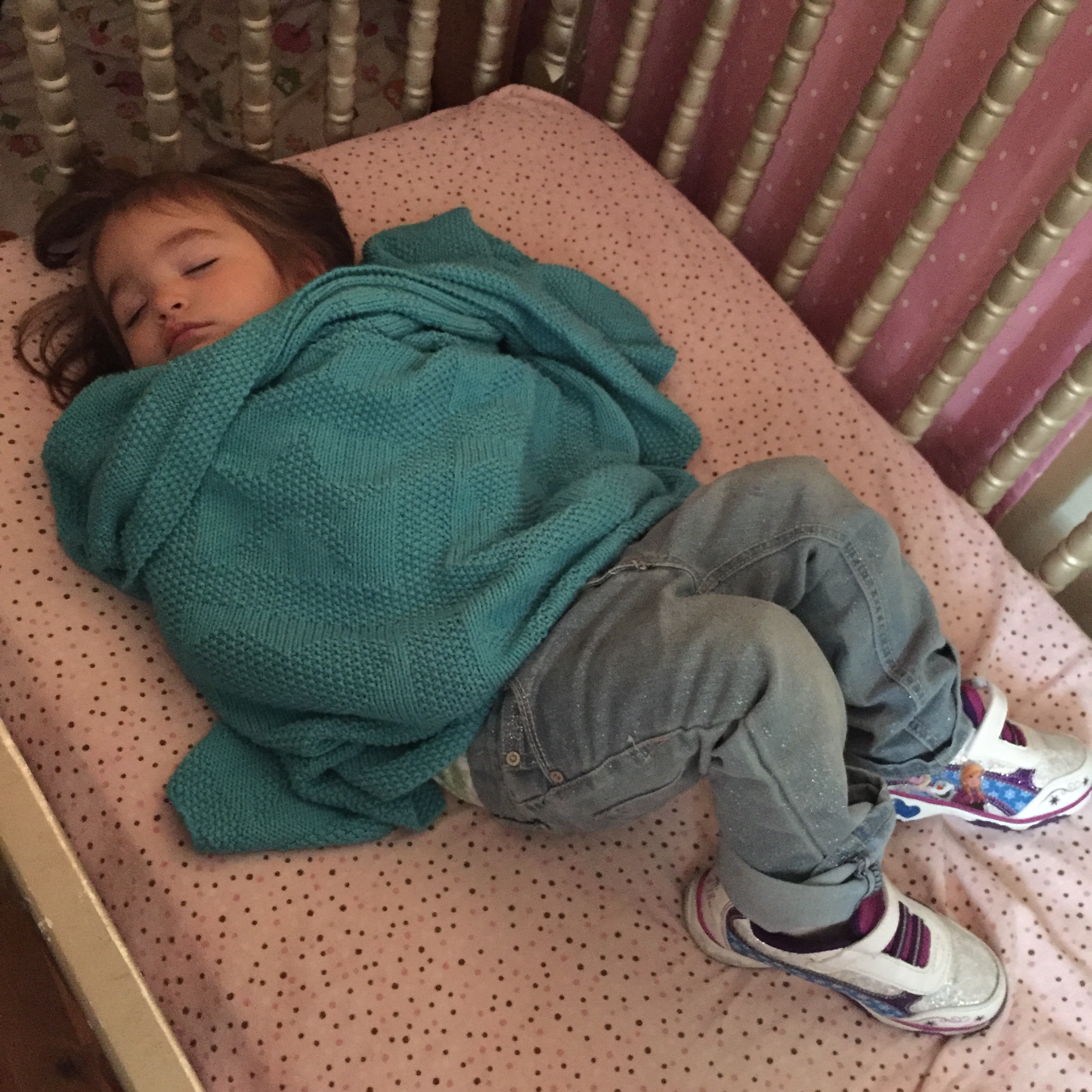 (Before her current stage when she was putting herself to bed and wearing two different shoes from different sisters.)

It was a simple question that Max asked at supper this evening.

“What was Lucy’s first word, mom?”

Inwardly I panicked as I stalled. I couldn’t remember. COULD. NOT.

Thankfully, the cloud that is my children’s collective memory recalled that her first word was “Papa.”

But my panic didn’t ebb. It came from a deeper source, the place that says in a calming voice, “You will remember this. How could you not?” The place that shrugs it’s shoulders and tries not to make eye contact when someone asks an innocent question.

Lucy is changing so quickly, we’re able to notice it, one hour to the next. But I want to remember her right now, as she is, in this moment.

She’s starting to say “yes” very deliberately, with the cutest lisp, and the most earnest expression. It’s notable only because for months she has said “Neah.”

My theory is she came up with this word so that if she meant yes and we mistook it for no or the other way around, she could be mad with good reason. It was ALL she used so her “Ye-e-e-e-th,” is bittersweet in its arrival. Helpful, sure, but I’ll miss those “Neah”s.

In the last week, her bedtime ritual has evolved to more than just her blankie, though that must be present, to be sure. She also requires a pillow (no case though), a stuffy or two (but not touching her, just present) and two books. Her “bookies” began with any tome, but now it must be a photo book mama Syd made for Ellie in 2011 and a large board book titled Rainbow Rob. She hunts them down at naptime, knowing right where there are, and heaven help us if she is denied them at bedtime. Lastly, she says, “Banket” and waits for us to draw it up under her chin while she works to tuck the books in. Then, “More.” A second, thick fleece is drawn up. And “More.” with her grandma Ruby quilt added for good measure.

“Luh you!” she says by way of dismissal.

Compared to the wrestling/screaming matches that came not long ago, this is a welcomed (albeit detailed) change.

Change. *sigh* It’s never ending. But I hope that writing it done will help me to remember all its beautiful facets and keep the panic at bay. At least for today.