You know what I don’t like? The way doctors knock before entering the room. It’s stupid, I’m aware, to feel this way and I know it’s tied to my social anxiety but still. Because, what? Are you going to say, “Just a minute!” or “Come on in!” to the knock? You’re in their house.

I was left pondering my deep and passionate feelings about the knock as I watched dust bunnies bounce about in the speaker that was playing vaguely country music this morning. Here’s the other thing- husbands should be allowed to accompany you to stressful exams. “This is a women’s only area. . . I’m sorry!” just doesn’t cut it.

The news was good, so I shouldn’t be griping, really.

I didn’t sleep well last night. When pregnant with Lu, I found a lump in my breast. The day she was born, while in labor, I endured the first ultrasound. “It may or may not be benign. Come back in a year.” they said. A year later, it was larger and had changed color, though it was “nothing to worry about,” which seemed to go against everything I’d ever read. I was told, again, to come back in a year and so I stood, stressed and frightened, in front of my closet this morning. We had a meeting later in the day that I doubted jeans would be appropriate for. But if I donned a dress and the necessary tights, it’d be a pain at the doctors. In the end, I opted for the dress and figured it’d be fine.

The imaging tech was kind and friendly. She showed me to the pocket of a changing room and pointed out the gown. Then she told me that “only the top” needed to come off. My mind did a victory lap at not having to unzip boots and wrestle out of tights and the pregnancy belt. And then I shook out the gown. It was little more than a child’s painting smock-an over the head deal, navy blue with a cheery pink knit collar.

It barely covered my belly. I stood in that closet and decided that laughter was better than tears at this point. I heard the kids chanting about leggings not being pants and Elizabeth suggesting that we should just wear tights as pants in response to the outbreak of that being ALL the highschoolers wear.

I took the challenge and tried to act nonchalant when the tech came back to get me and usher me to the exam room. Tried to carry on a conversation carelessly, ignoring the fact that I was essentially in my chones and then left pondering how I loathe the doctors knock whilst not wearing any pants.

But then the doctor-who kindly averted his eyes from ALL the awkward situations that were present- said it the mass had shrunken to such an extent that they don’t need to track it any longer. At that point, it didn’t matter what I was or was not wearing because, thanks be to God!, that was some good news.

I still don’t like the knock or that I was alone. And let the record show that while pants are advisable, my sartorial choice made for a humorous moment. Above all, God is good, I am relieved, and we are thankful.

Pants or no pants. 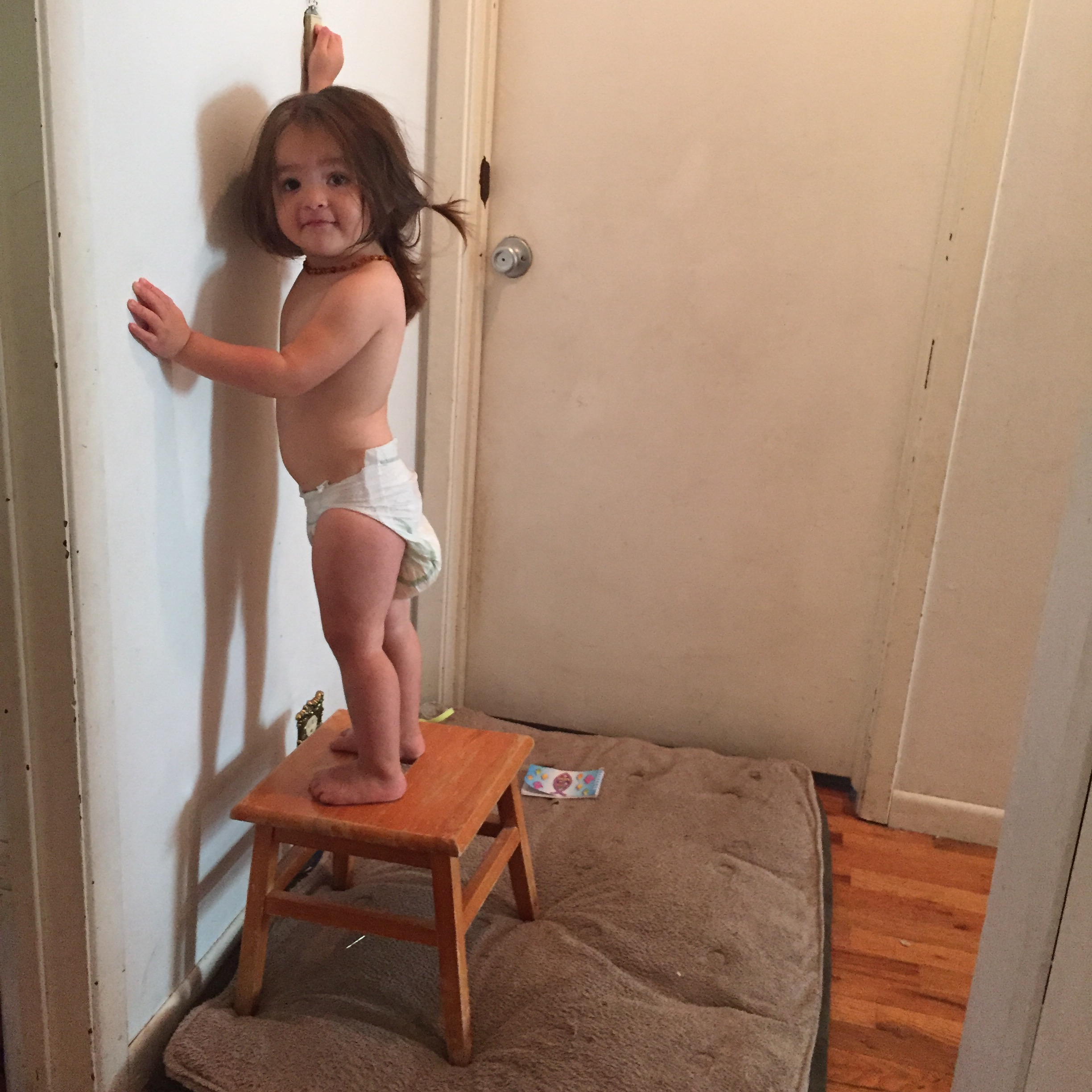