“Allhallowtide, Hallowtide, Allsaintstide, or the Hallowmas season, is the triduum encompassing the Western Christian observances of All Saints’ Eve (Halloween), All Saints’ Day (All Hallows’) and All Souls’ Day, which last from October 31 to November 2 annually.”

As we like to say, “Aint’t no party like Catholic party!” When the Cheuch celebrates she goes big. One day to celebrate those who have passed before us? Pshaw. No! We need 3 of those!
We marked All Hallows’ with a homeschool party. Philip helped me come up with the Saint-themed snacks so we spent the morning prepping our food.

The girls were happy to unwrap Resses cups for St. Martin’s Broomsticks. Then it was on to jello jigglers for St. Januarius’ blood, St. Lucy’s eyes, and St. Kateri’s cornbread. (We also took St. Francis’ friends but we just opened the bags of animal crackers so. . . ) 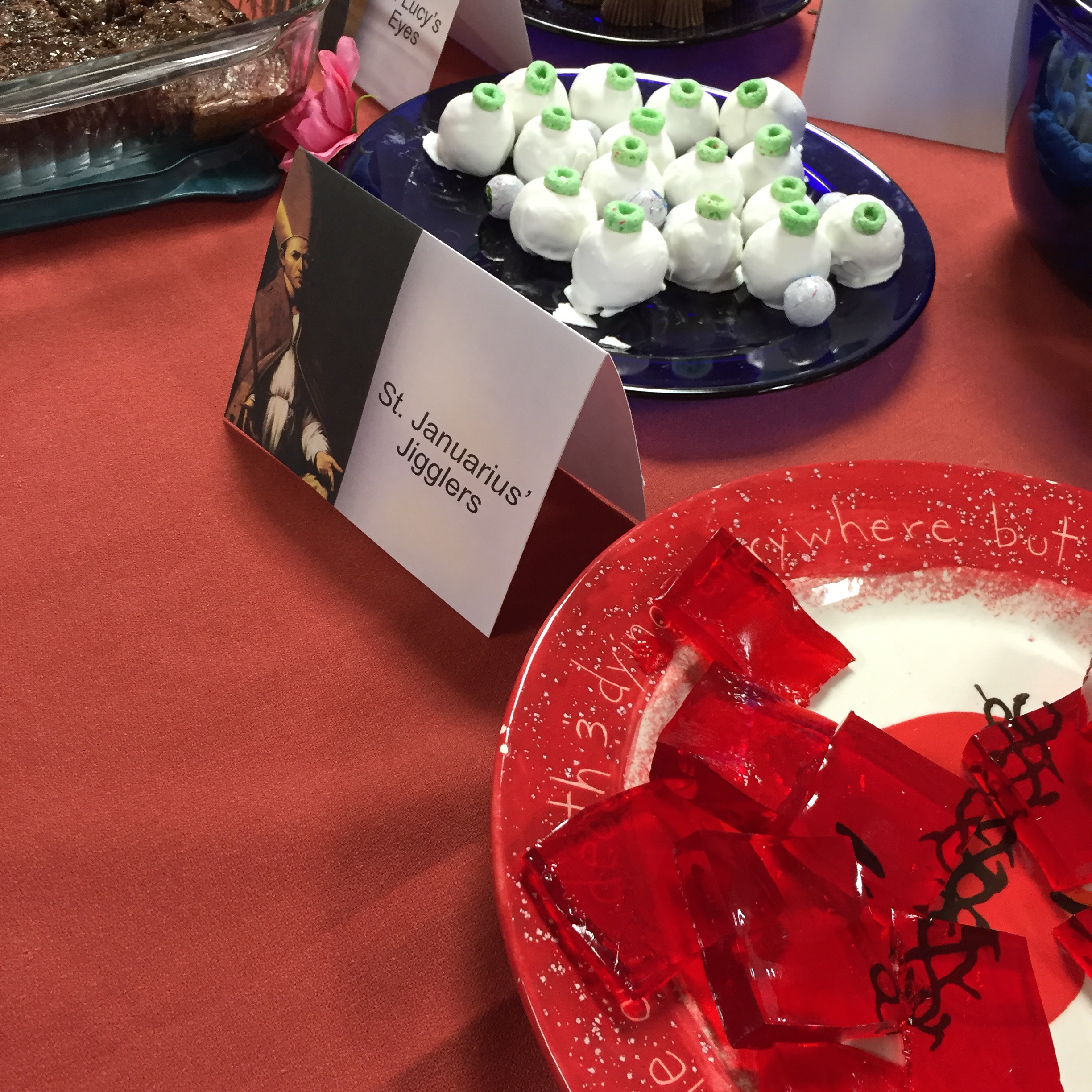 Jac got into the spirit, donning his St. Maximilian costume (have we gotten the miles out of that one!) but he refused to enter Walgreen’s with it on. “Are ya skeered?” We all taunted as we watched scantily clad people walk through the doors. “No.” He replied calmly. “It’d just be . . . confusing.” Dressed as a Nazi prisoner with a tattooed number on your forearm? Really? 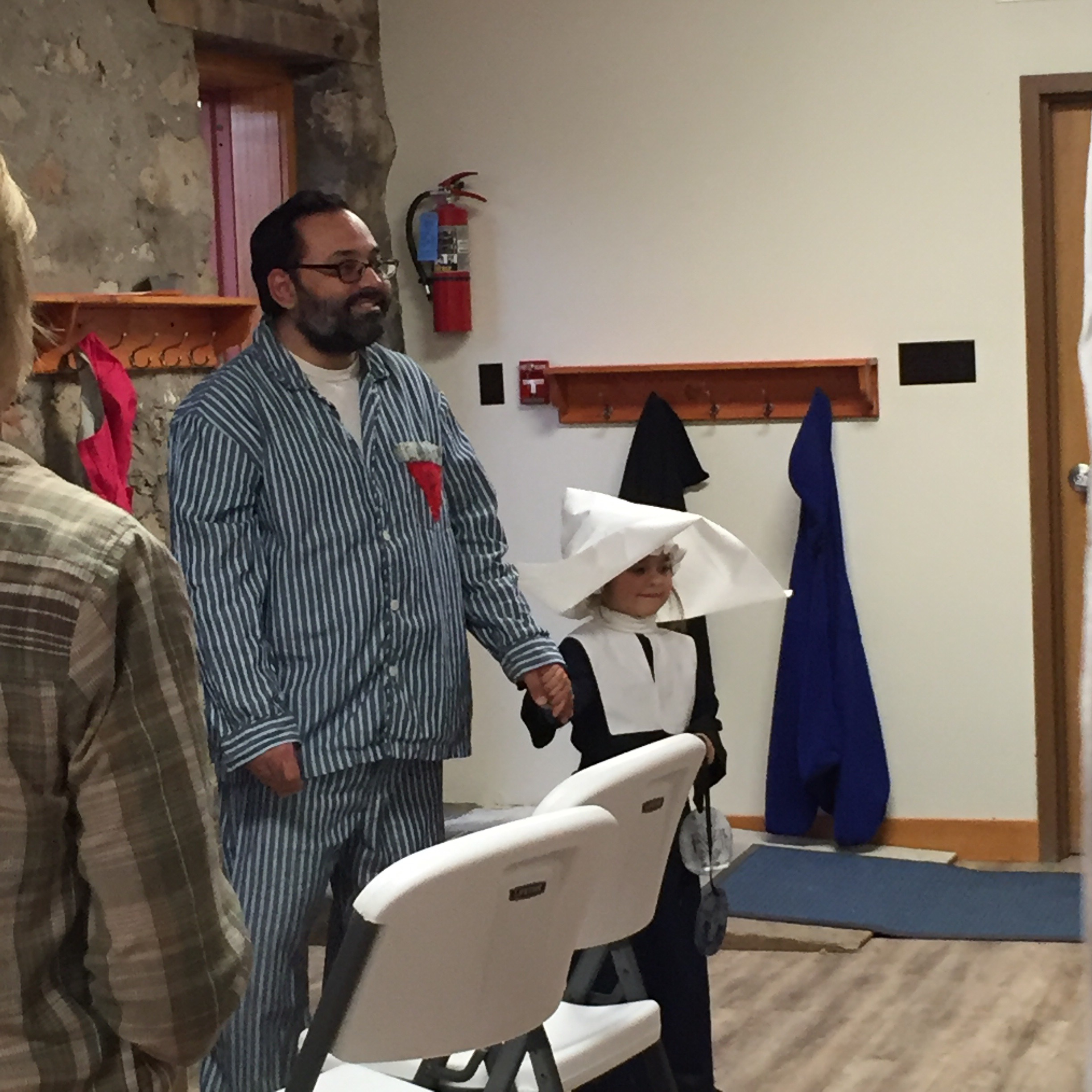 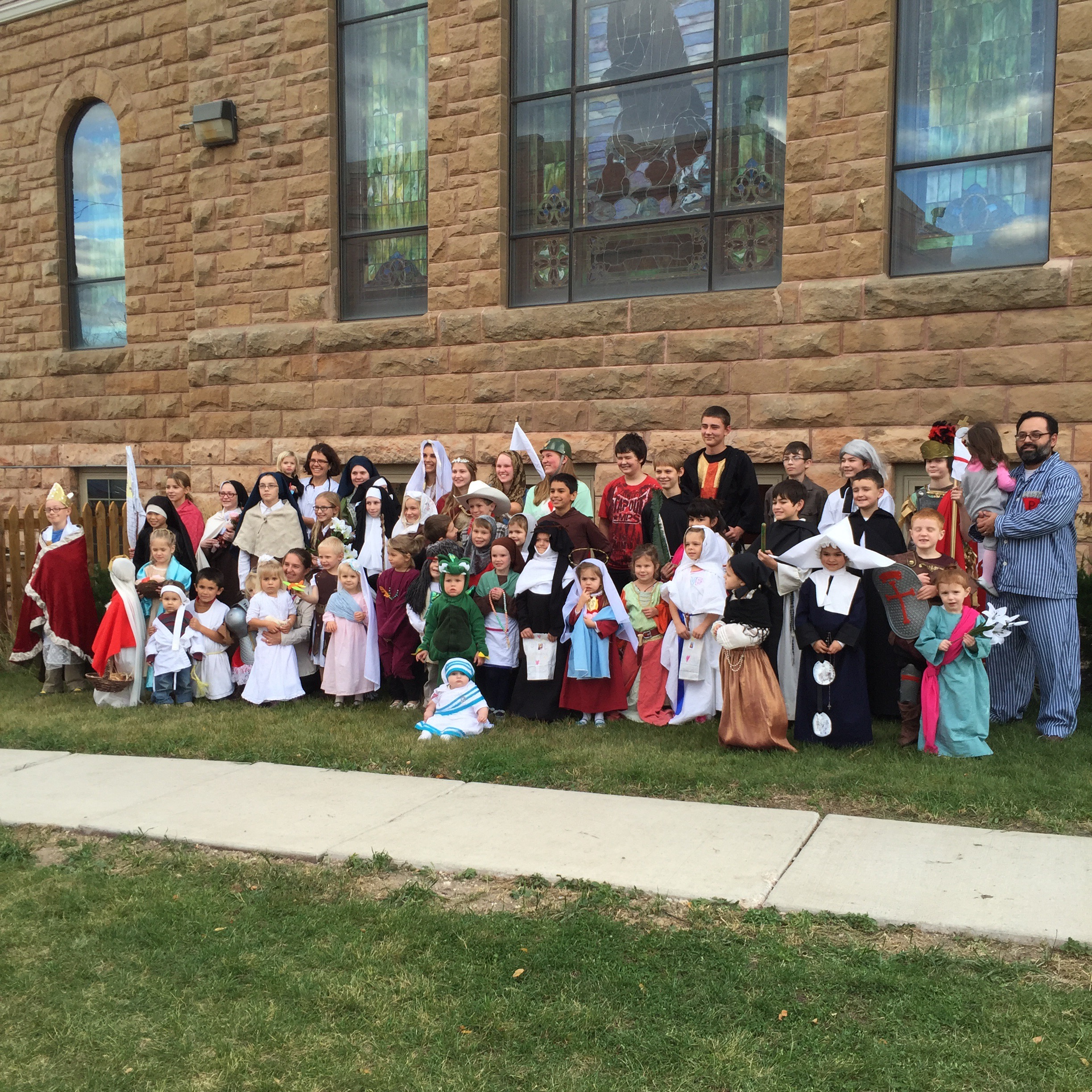 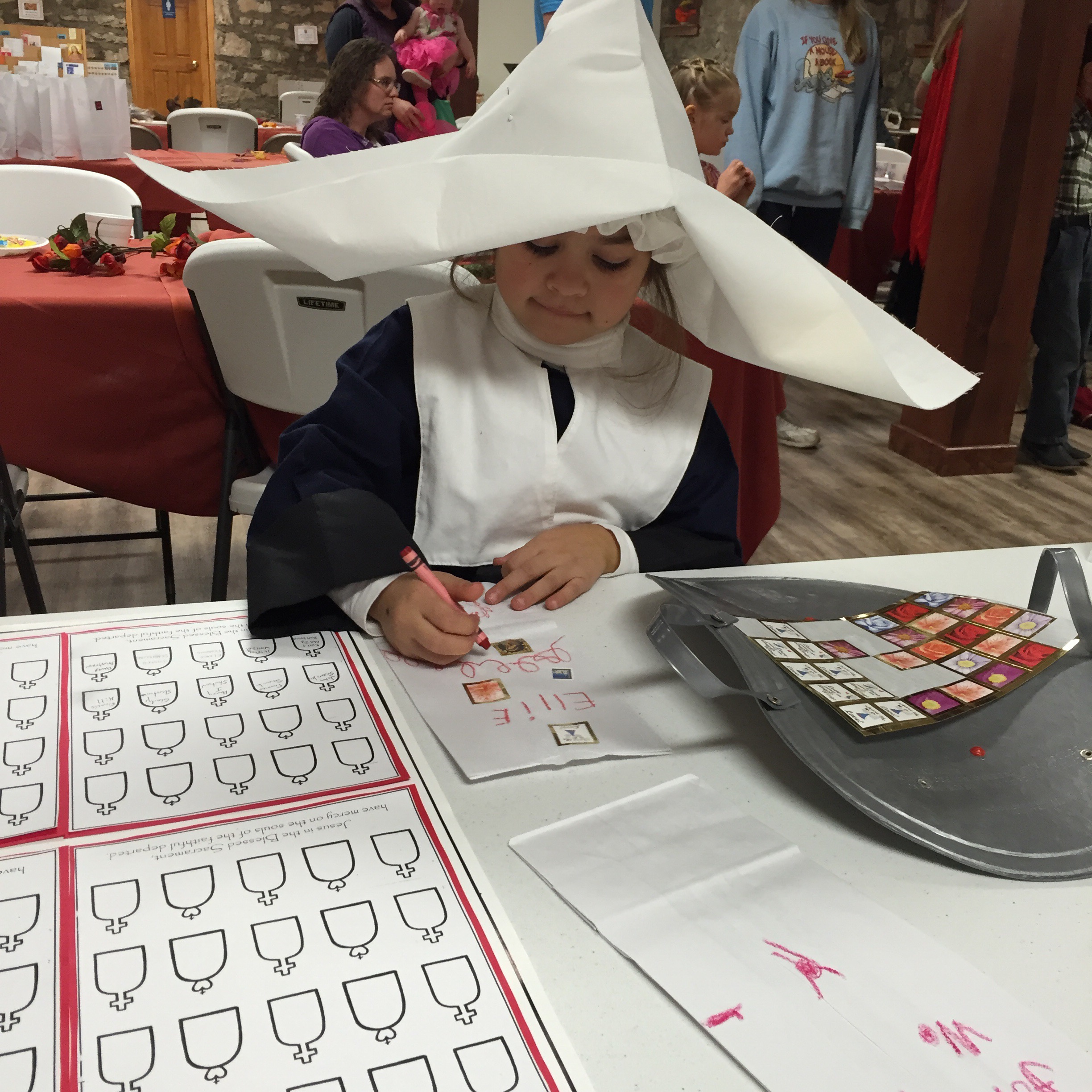 Sunday was All Saints and the kids donned their costumes for a third time. Max was scheduled to serve Mass and was disappointed that he couldn’t just wear his costume instead of the plain alb. We ran into the Trask’s on the way in so there were 10 saints trooping up the aisle together. 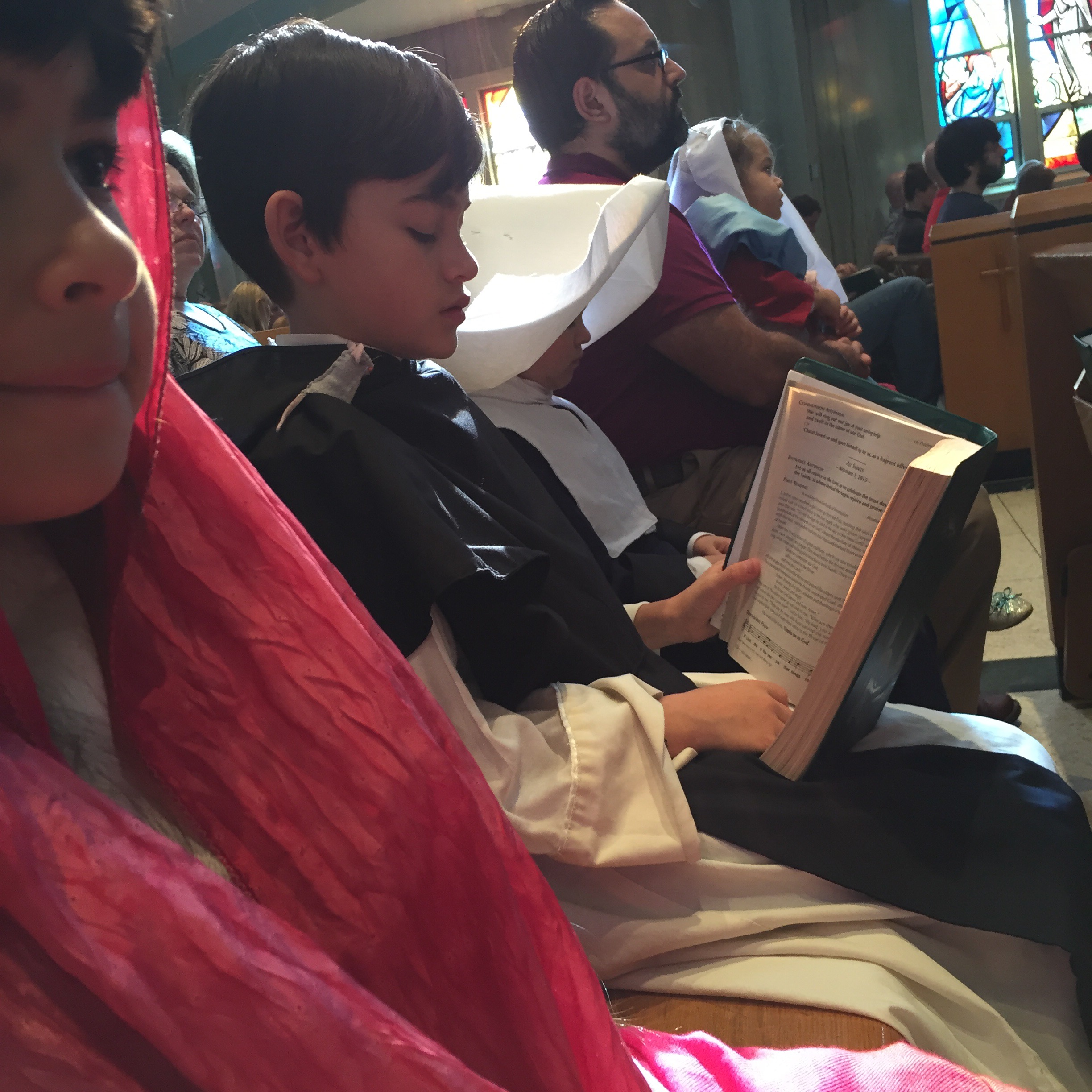 On All Soul’s, we brought out the black and the skulls and the pictures of our deceased relatives. We talked about their memories and how we help them with our prayers. We discussed being ready for death and what it will be like to see Jesus face to face. 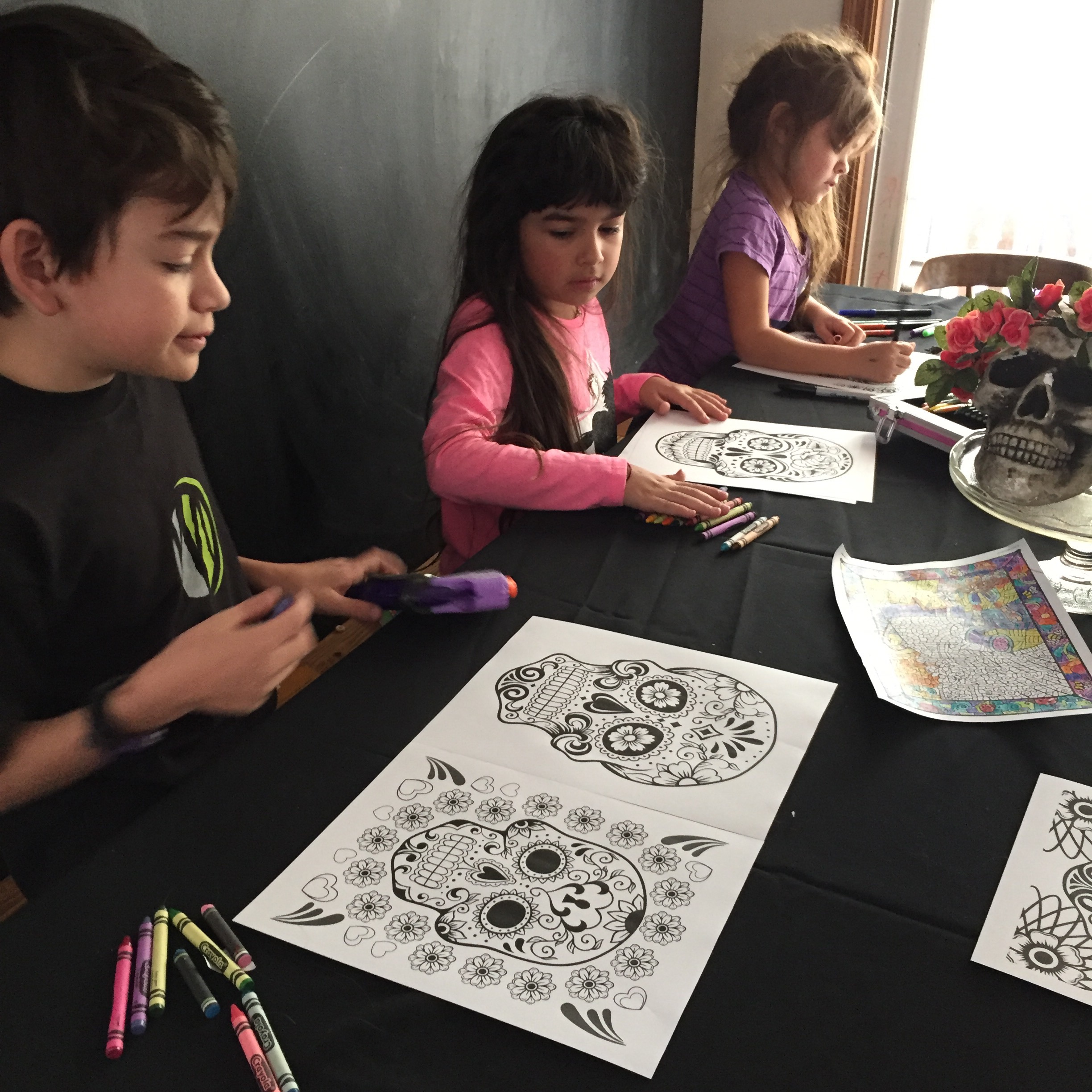 In the evening we headed to the cemetery. The Church teaches we can aid a soul suffering in purgatory by saying prayers at a cemetery, attending Mass on All Souls and receiving the sacrament of reconciliation. The kids were serious but not sad as were prayed for the souls of the people buried around us. “So. . . Our prayers could make one of these people a saint?!” Philip said as he lingered amongst the headstones. When we assured him of this he gave one last look.”That’s cool.” was his quiet response. 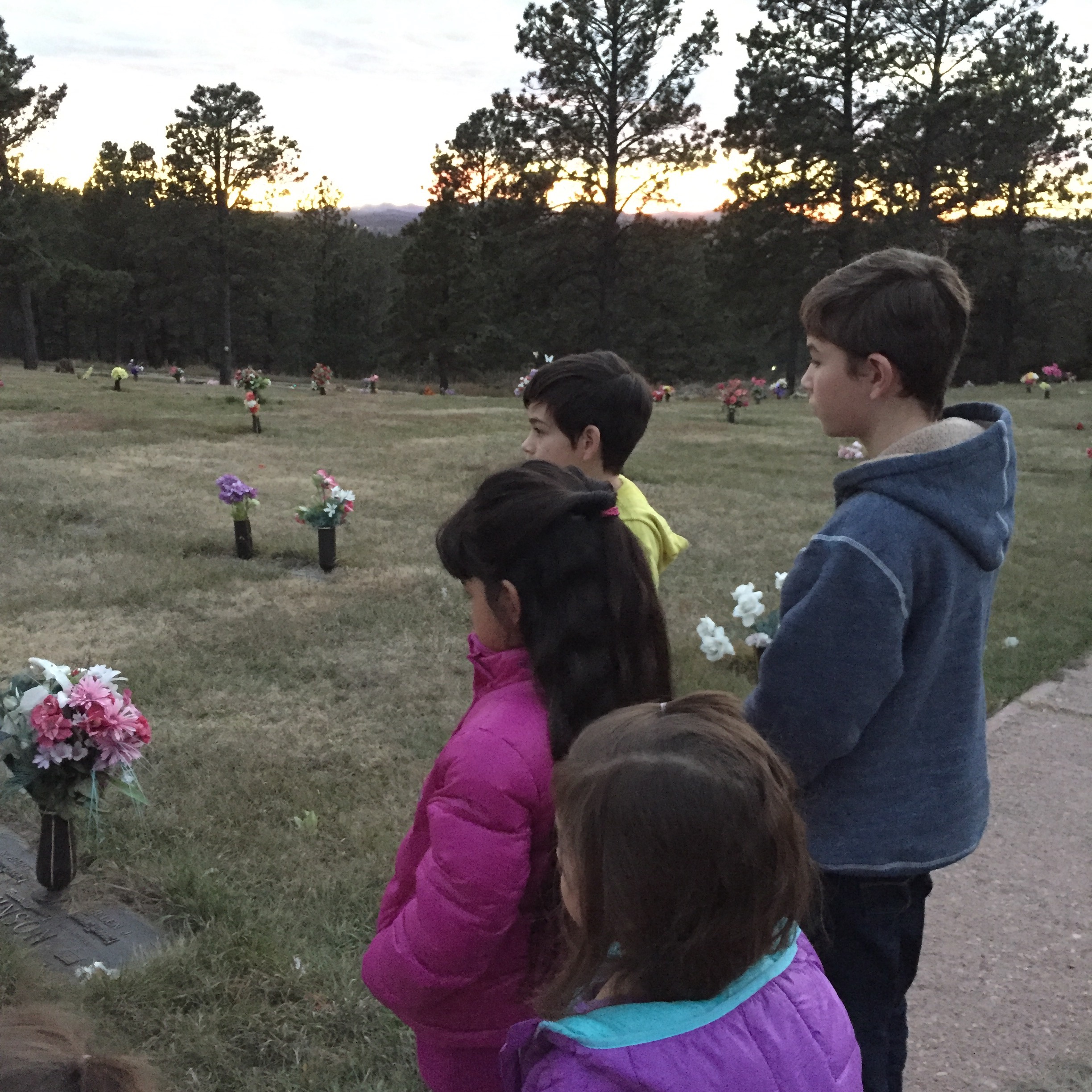 We followed mass with the traditional Maxican feast then set to work decorating skull cookies. Oh, the sugar! Oh, the fun! 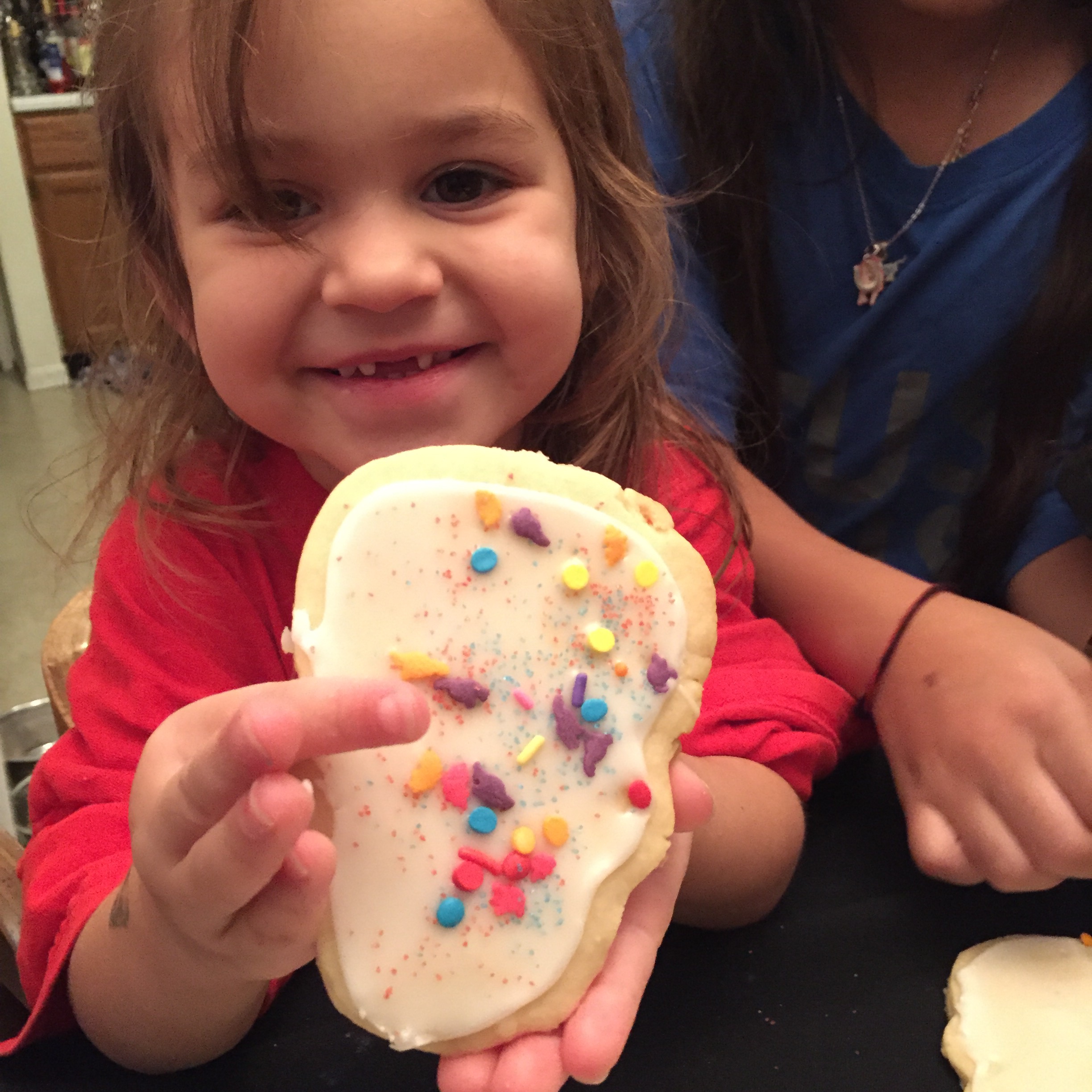 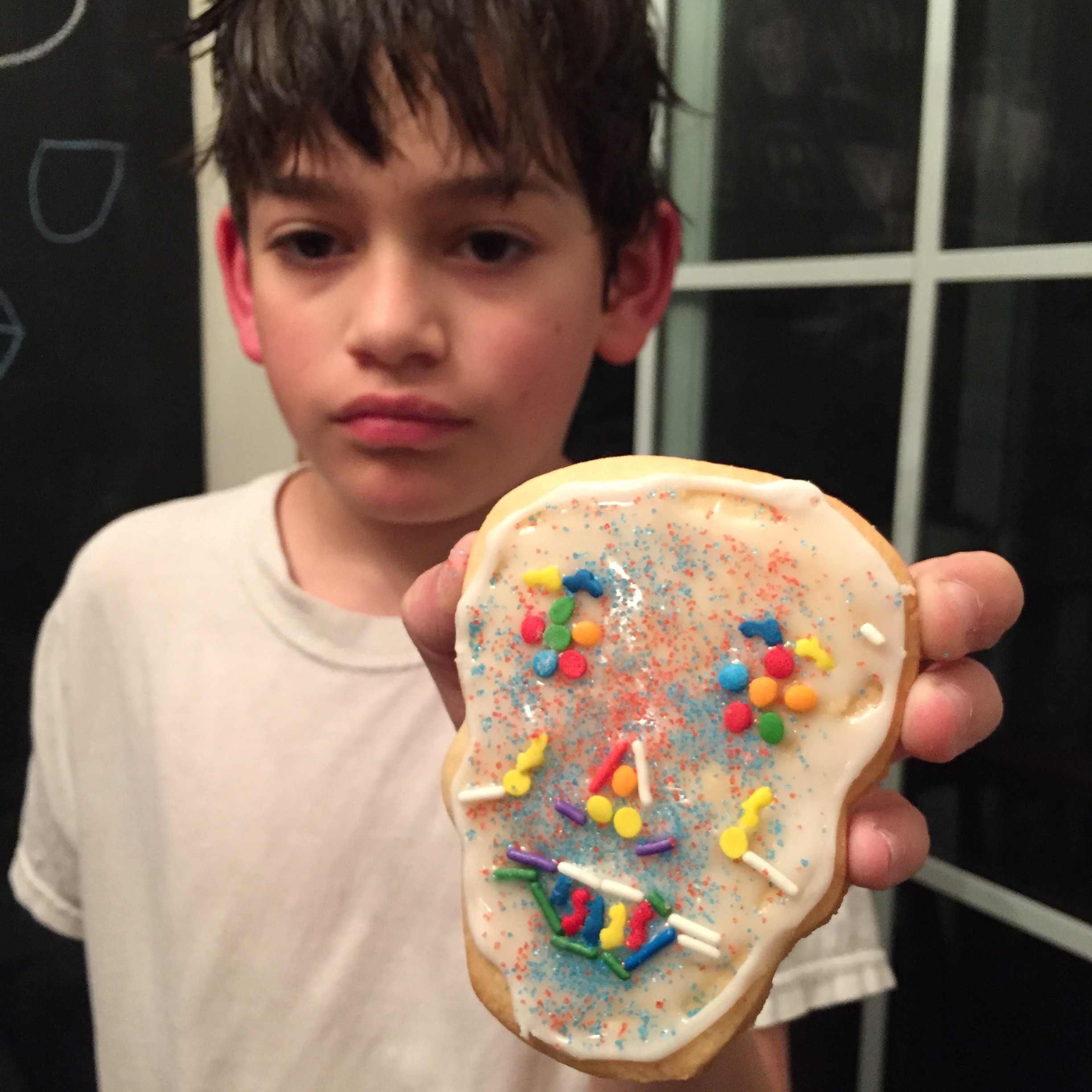 Philip may look less than thrilled, but he was the most interested in the details and his cookies were painstakingly ornate. It was late and we were coming down off of 4 days of partying. . .

But why stop at 4, I ask you? Why? To take our revelry into a 5th and final day, we gathered the FNE group at St. Martin’s monastery to pray in the sister’s cemetery. We had a bon fire. There were torches. We have six-year-olds candles and took them for a walk in the dark and cold. 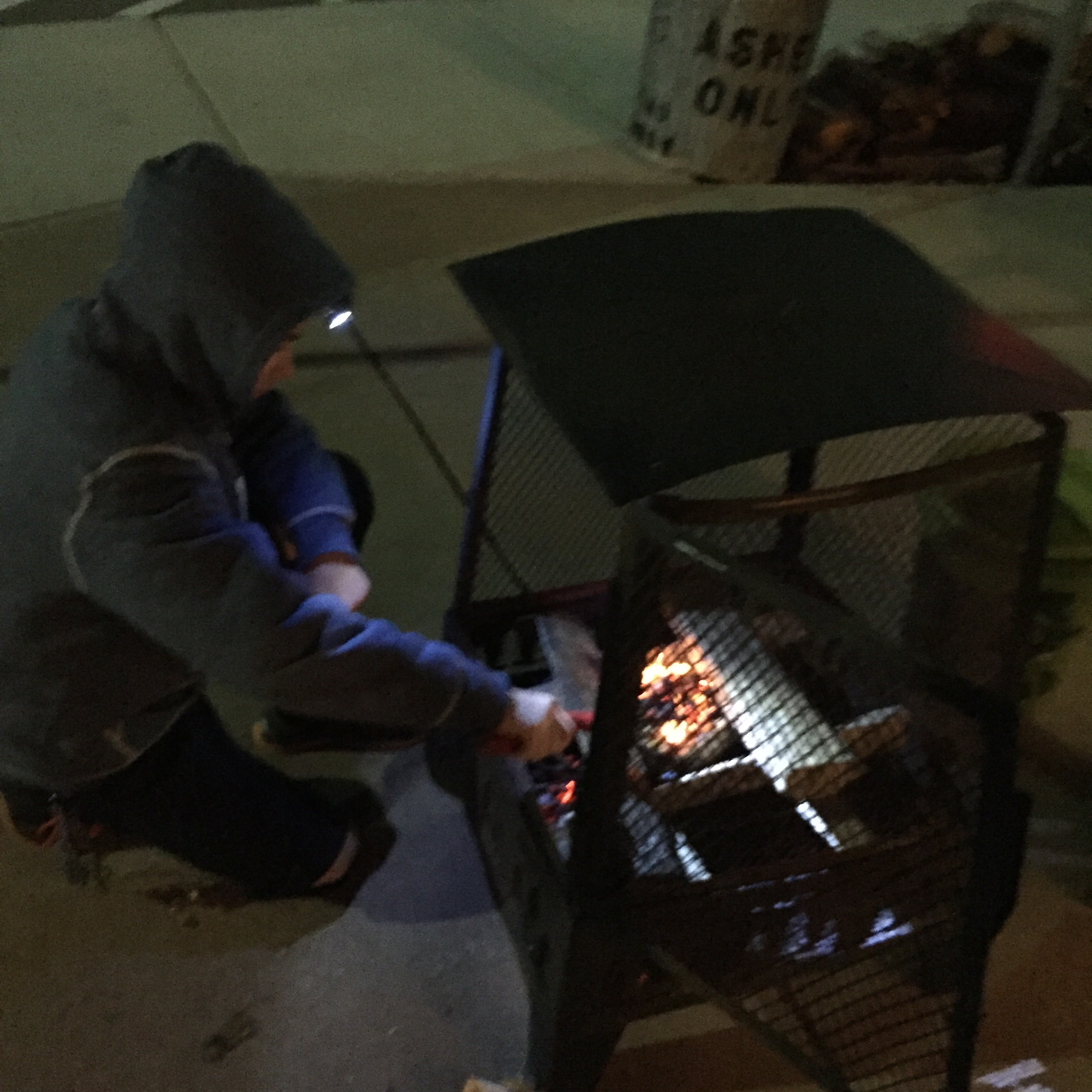 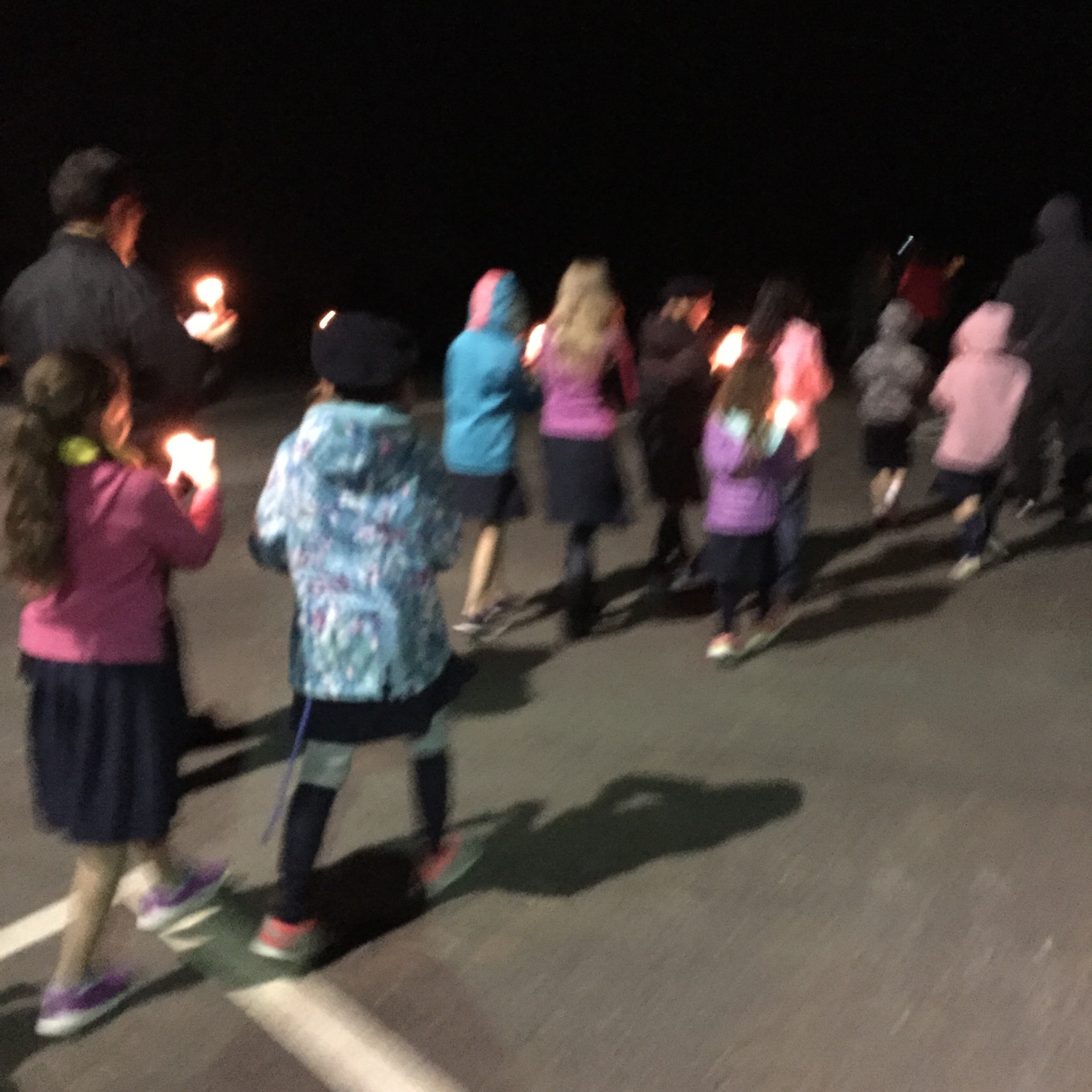 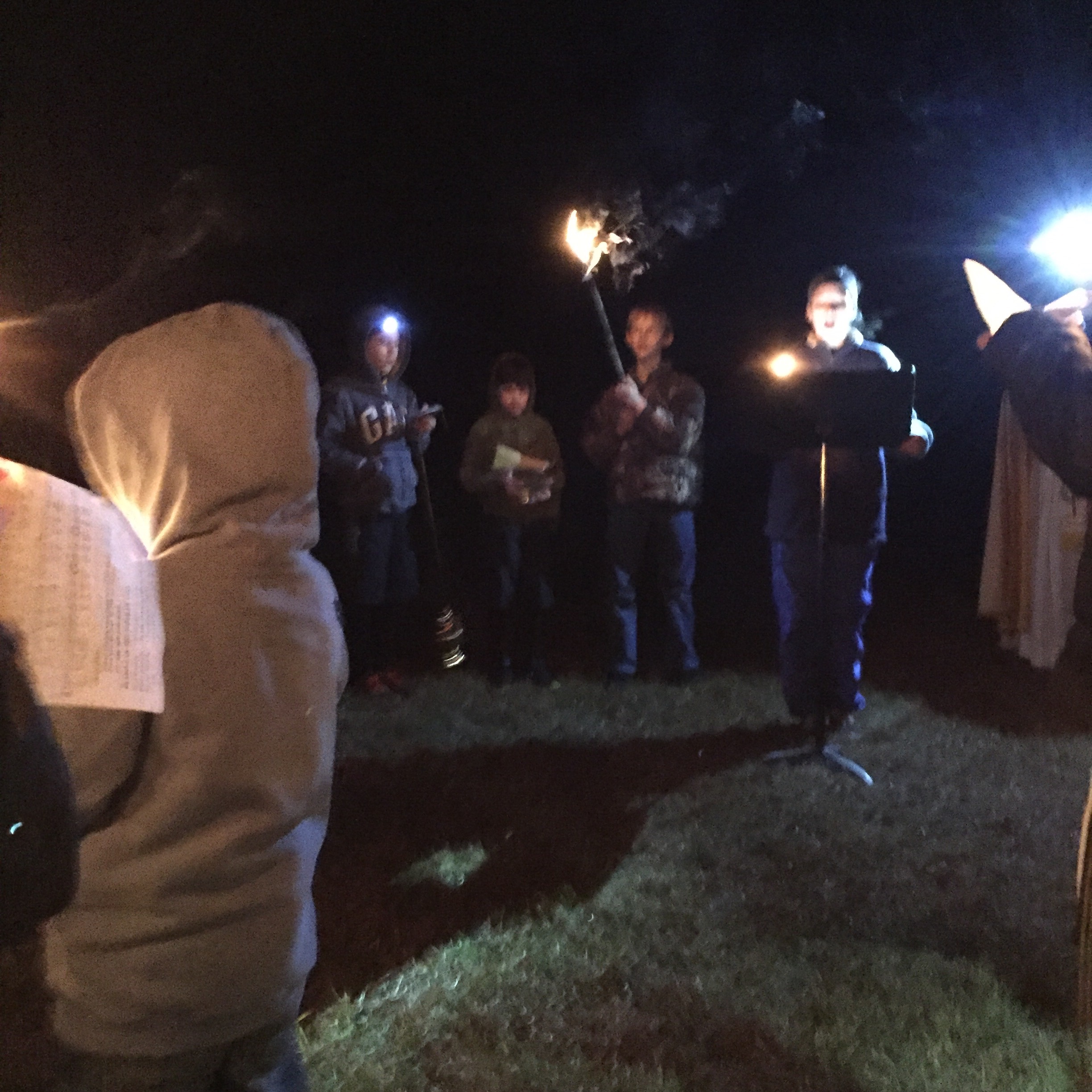 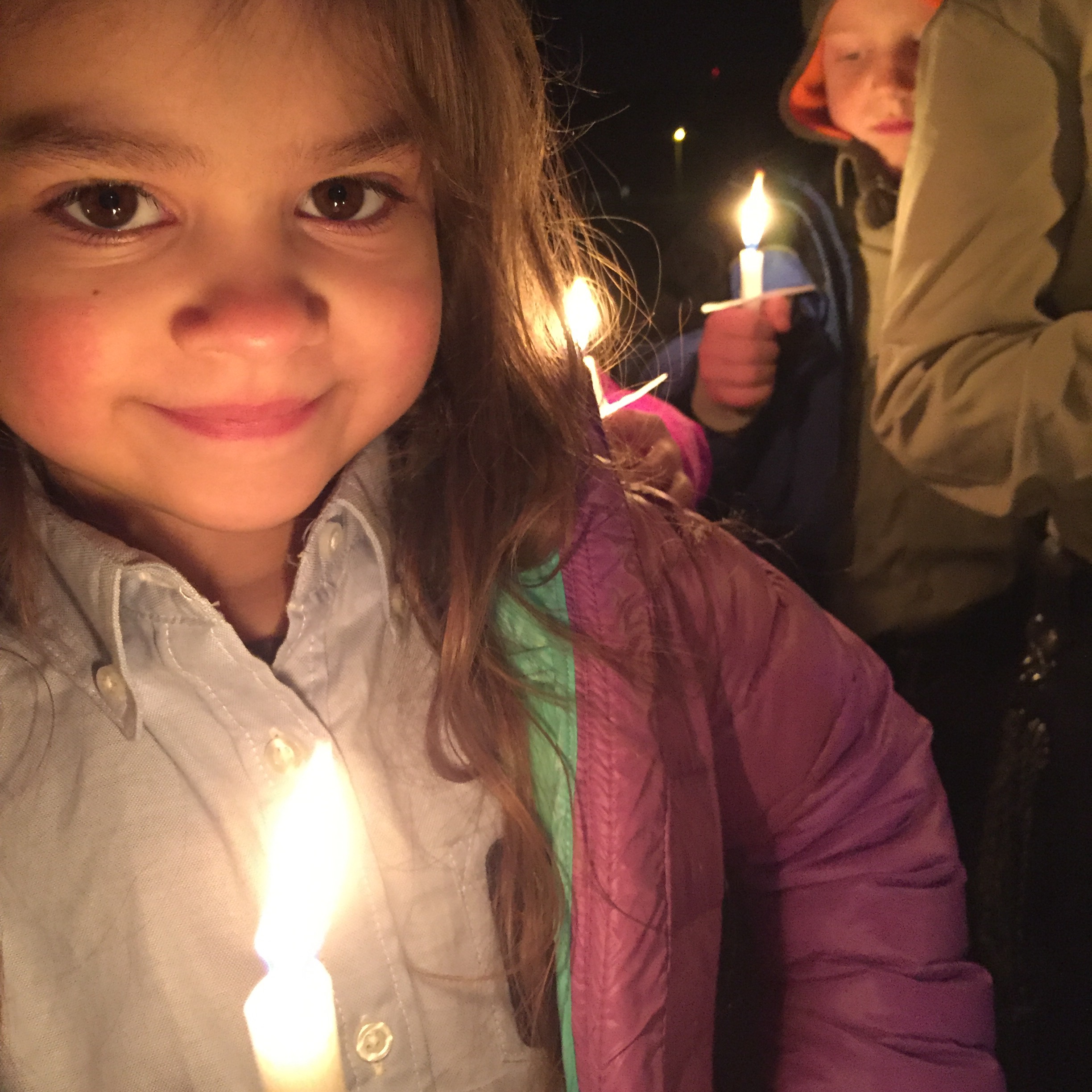 Afterwards, there were s’mores and cocoa and ping pong.

We slept in very, very late the next day because serious celebrating requires serious recuperation. 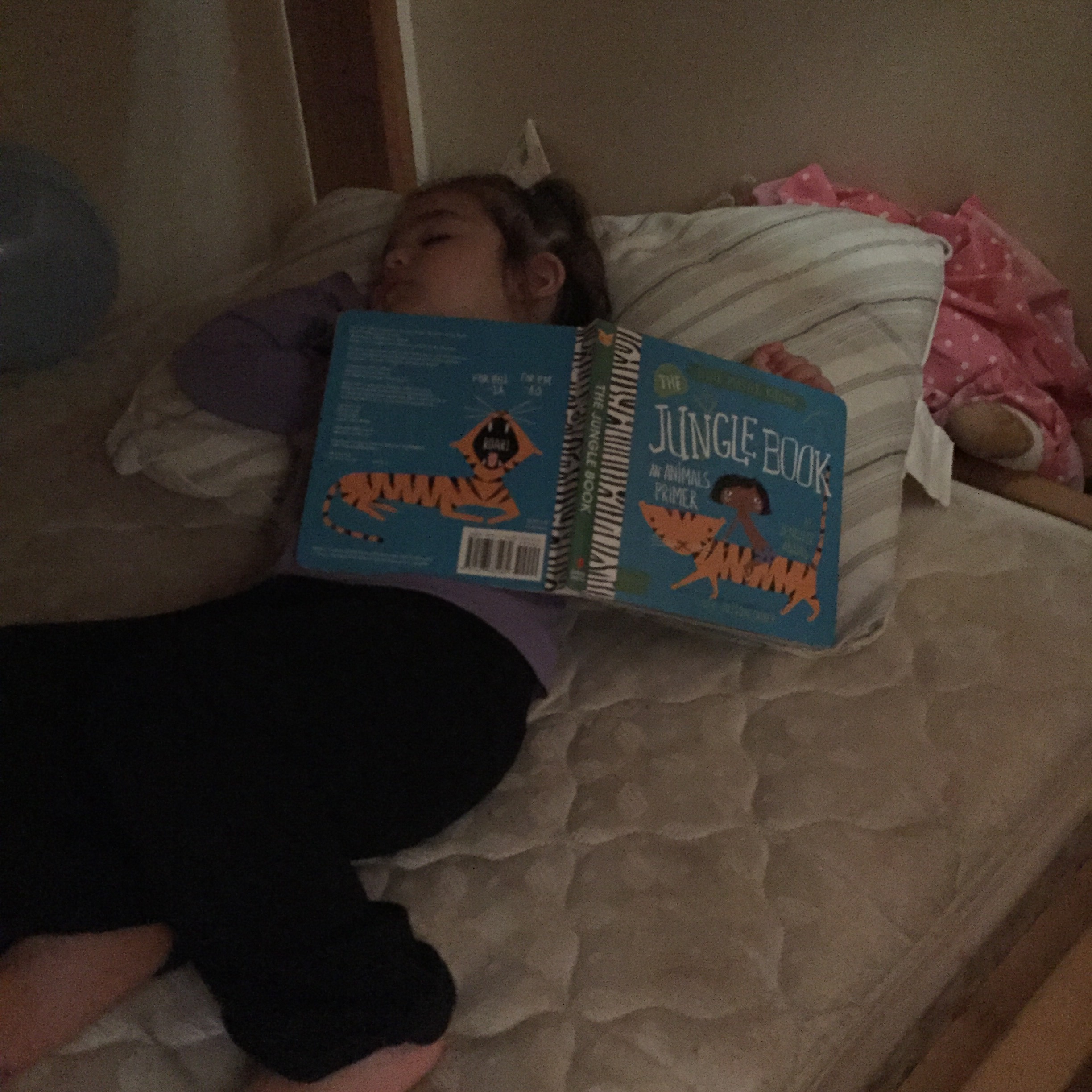 This link has a great explanation and lots of ideas for the how’s and whys we mark these holy days. May Thespis of he faithful departed, through the mercy of God, rest in peace. All you holy men and women, pray for us!