Tess really has been counting down to her ninth birthday for months. Her wish list?  Itemized.  Her menu? Planned well in advance.  The movie . . . well, that was something else entirely and took up more than a few days with anxious deliberation, perusing of trailers, and indecision.

A study in contrasts, that one.

In the end she settled on Kit Kittredge, An American Girl so a typewriter graced the table and newspapers were used to wrap her gifts. 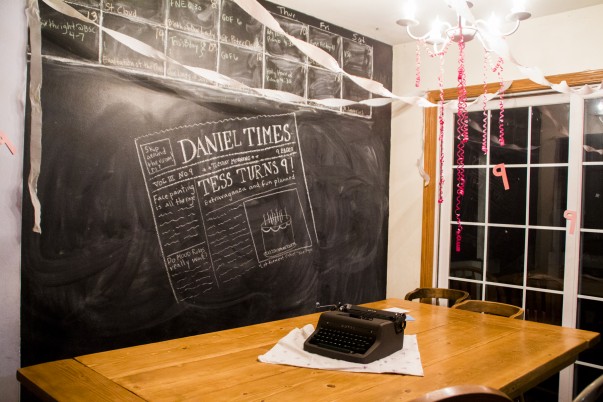 She requested crepes for breakfast.  With whipped cream, of course.  Dear future spouses of our children who end up called to marriage:  I apologize for the crepe thing.  When you innocently ask what they want for breakfast and you are expecting a trip to the donut shop or breakfast in bed at the most and then they request crepes . . . yeah.  Sorry.

Tess cheerfully tidied and then helped me with her cake.  Vanilla with green buttercream.  The morning was filled with loads of “Mama, how else can I help?” because she’s a go-getter with a servant heart.

Come lunch time, she looked up hair-dos and was stoked that her pony tail got curled.  She had planned exactly what and how she wanted for lunch at Perkins so there was a collective groan when we drove up and found it closed for remodeling.  Now for some in our family (me included), such a change in plans would have been the end of all good things for the day.  But not Tess.  It took her a moment to gather her wits and change gears but she cheerfully decided that Burger King was a good substitute and off we went.

She was dragging when we got home but didn’t want to miss a thing.  She made and received calls while we finished party prep and guests arrived.  By the time supper rolled around, she was near tears.  She was feeling pukey and didn’t want to miss out. แผนที่ดาวเทียมสด  Instead she was sent to her room for a little cat nap and after that and some enchiladas, all was well.

Riddles AND puzzles led her to her haul of gifts. 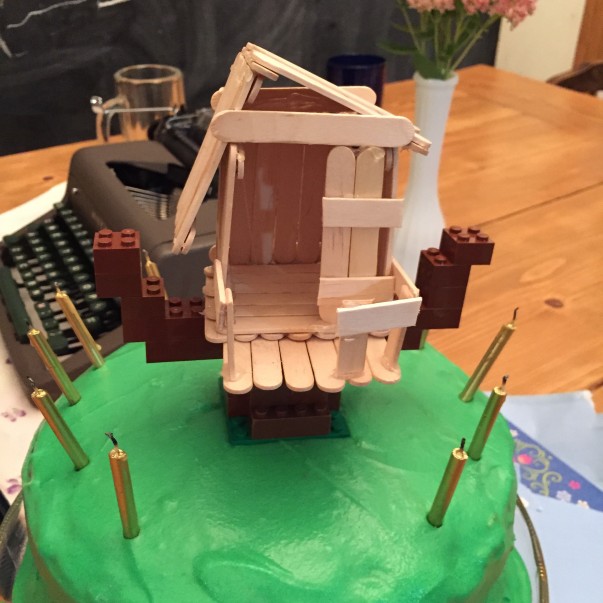 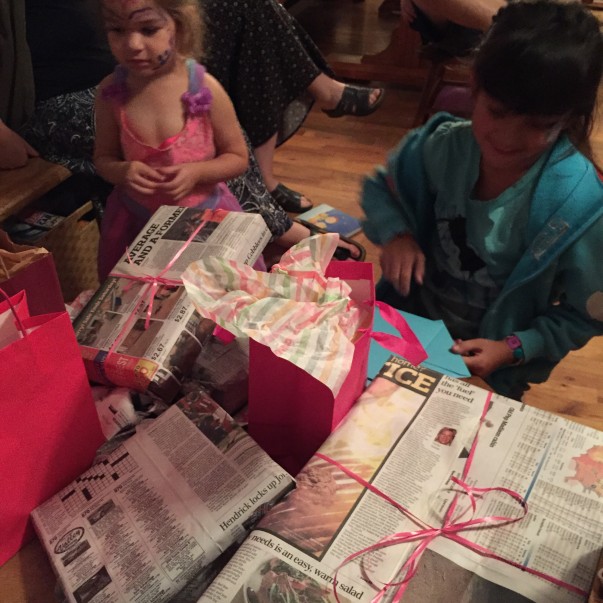 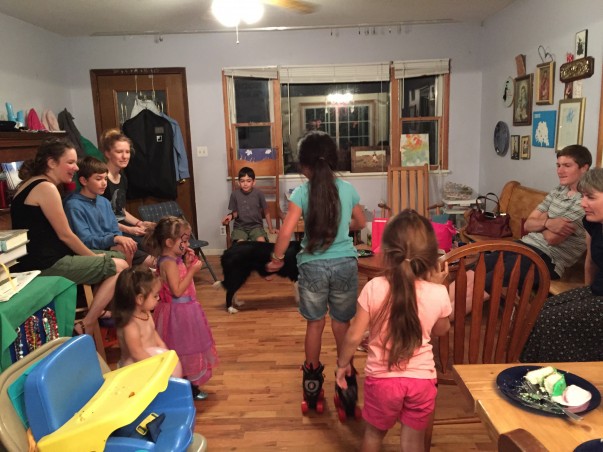 Hurray for roller skates!  Hurray for candy!  And face paint!  And clothes! The skates were donned immediately and she teetered then careened in and through the chaos.

By the time the movie rolled around she was straight up delirious with satisfaction and fatigue.  And she was one very happy nine-year-old when she finally collapsed that night.

Hope this year’s as fabulous as you are, Tess! 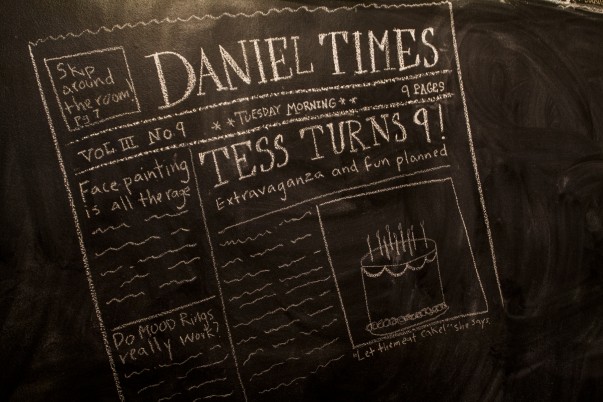