May Day, May Day

It’s the first day of June, the sun is shining (FINALLY), and yet . . . And yet I feel like we’ve just pulled ourselves over the finish line of a particularly grueling race.

May . . . was not kind to us.  May Day was packed in a can’t-catch-your-breath kind of way and it paid no mind to the fact we actually had our acts and baskets together before that morning. NO. Instead, the kids missed each basket delivery, were caught TWICE by the same person and were, largely, slow moving and dull.  Pulling up to the MANsion, we heard a pop as we rolled next to the curb.  When Max opened his door, we were met with an insistent hiss.  His brow furrowed, he looked calmly towards the tire and announced we had a puncture. Why is it when the kids need to move fast, they switch to slow-mo?  Who cared that we were rapidly losing air and we were blocking a driveway that had a woman waiting in her running car with the reverse engaged?  Not these kids.  We limped around the corner and parked ourselves on the pretty, historic Boulevard.  While we waited for Jac, Max and I (in a dress) removed the spare and attempted to do something, anything, useful while the car load fought and cried.  I ruefully Googled “How to change a tire” to know where to start as this mechanic’s daughter was never taught to do such a thing.  The reason?  “She’ll never be strong enough to remove the lug nuts anyway.”  Well you know what?  They were right. 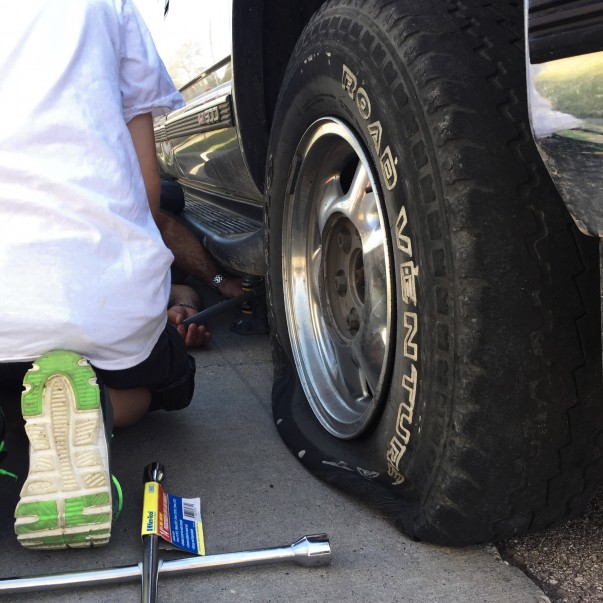 An hour and a half, some high grade lube, and a “cheater” post later, we were back on the road, only having changed vehicles twice. Oh, and lest we forget, Jac and I both ended up with bleeding hands and as he put the old tire in the  trunk, it bucked back and broke his glasses.  As in the frames cracked and the lens went flying, wouldn’t stay on his face, kind of broke.

We ate supper after 8 that night.

We did that several times last month . . .

Two days after the tire/glasses debacle, the screen of the laptop cracked leaving 4 ziggy-zaggy lines across the face.

Things just kept breaking and busting but the final straw was the timer button on the stove that just gave up even trying.  This has complicated our lives in so very many ways and has made me realize how good we’ve got it.  Well, how good we HAD it anyway. #firstworldproblems

There was the snow.  And the rain. And the depression. And the coughs from Gemma and Lu that are serious indeed.

But there were the trips to Tripp county with buffalo prime rib enjoyed overoloking the Missouri, an evening spent in Kyle, Saturdays with nothing to do, friends at our table, visits from Sister Joy, a birthday, a vigil for Pentecost, flowers delivered, loads of laughter, and so much more.

I sense a turning of the tide.  Sure, June will be just as busy and has the same possibility of disaster, but it holds promise, too.  So June, I’m looking at you . . . let’s do this. 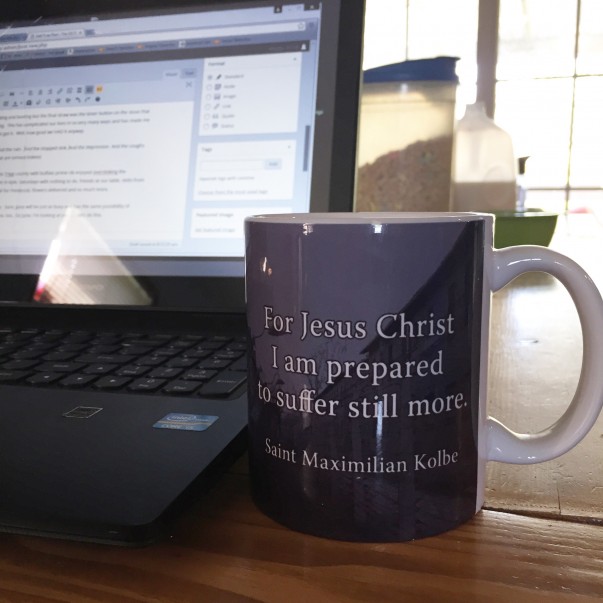