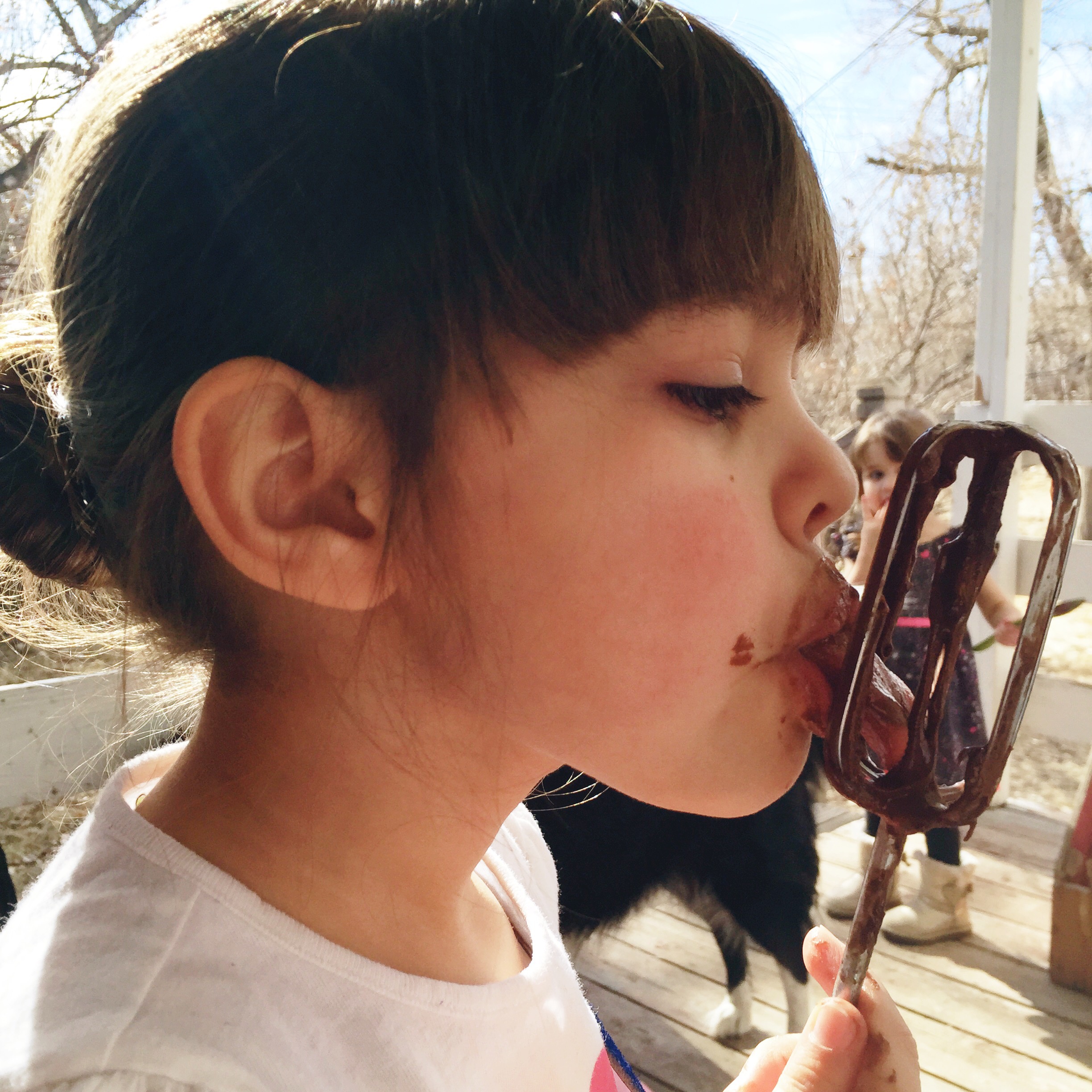 Holy Week 2015 – The Year Mama Syd and Papa Chris Came and Lucy and Gemma and Mama Syd Had the Puking Sickness.

It’s been nothing but fun up in here, I assure you!

There have been some bright spots (Gemma singing, “I have to goooo pooooooo!” as she skips to the bathroom instead of freezing in terror and crying is certainly high on my list). Among them for Ellie was the download of a new game on Mama Syd’s iPad.  She came in to our room first thing Monday morning to tell me all about it.

“. . . and I wish it had more doctor-y stuff, actually because even though the boys say they hate blood and guts and lampshades, I actually really like it because I want to be a doctor.”

I searched her face for the joke and found none.

“What did you say?” I asked incredulously. She giggled.

“Um, ‘blood and guts and lampshades’?”  Another giggle.  “Yeah, I don’t know what it means either but that’s what the boys say they hate about doctors so . . . ” Smile, chuckle, and she was gone.

No, I haven’t clarified anything for her or with the boys.  I’ve just giggled about it myself and enjoyed the mental picture it provides. It has almost made up for the sickness.  ALMOST.