Back to the Future

We have been discussing Mardi Gras themes for this year since before Mardi Gras last year.  Let’s just say that ‘Masquerade’ didn’t impress everyone.

Anyway, Philip just up and decided that Super Heroes would be the theme.  I lobbied for Black and White while Susan requested anything without masks.

It wasn’t until the Friday before that we made the decision.  Going back and forth, I finally read ideas aloud from an online list.  When Time Traveler was said, Jac announced that was it and it was.

And, glory be!, wouldn’t you know we had everything we needed right under our roof?  Actually, the eldest 4 kids largely decided and found their costumes on their own (Tess needed some help with the decision). I whipped up Lucy’s get up around 2 pm on Tuesday and followed that up with my own garb.

We live on the edge, people.  ON THE EDGE.

Our crew ended up including Max the Ninja, Philip the Celtic Warrior, Tess the traditional Mexican, Ellie the Native American, Gemma the Norwegian Princess and Lu the pint-sized Puritan.

Okay, so Gemma actually wanted to be a cowgirl but we couldn’t find her boots or a shirt and really, she was happier in her Elsa dress anyway.  Ellie was excited that she “went with” Lu AND Jac.

Oh, yes.  Jac was a Cowboy and I was a Viking woman. 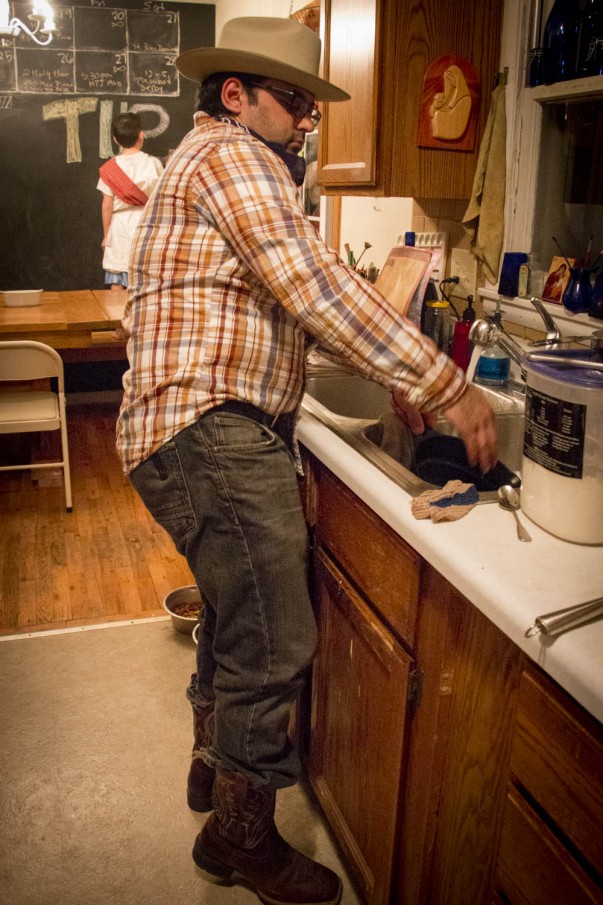 A Viking woman complete with a spoon on my belt because my ancestors were prepared.  I’m totally claiming it.

Our guests arrived in high style, too. We had a Thyme Traveler (who doesn’t love punny friends?!), an 80’s rocker, a 50’s sock hopper, a 40’s lady (and fedora), a classic Larry Byrd, and Marty, Jennifer, and the Flux Capacitor from Back to the Future. 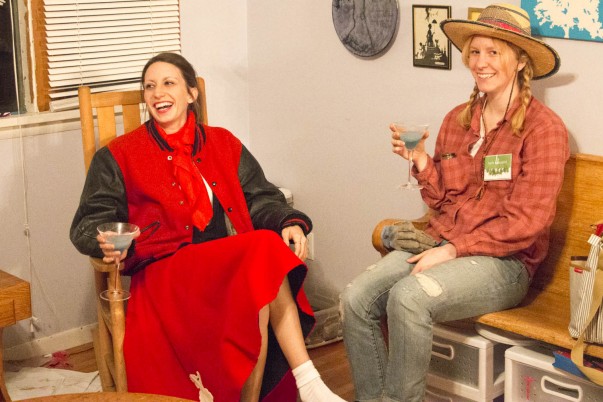 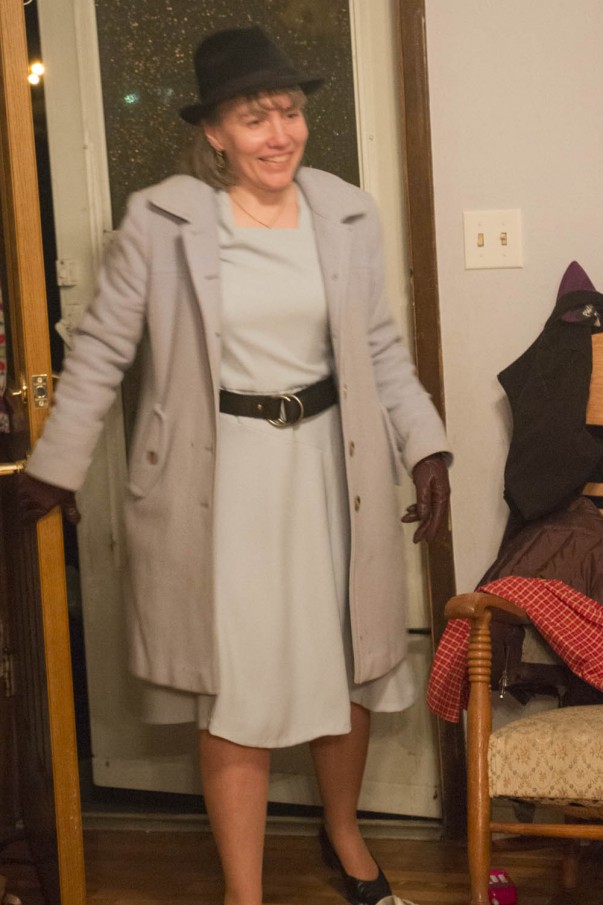 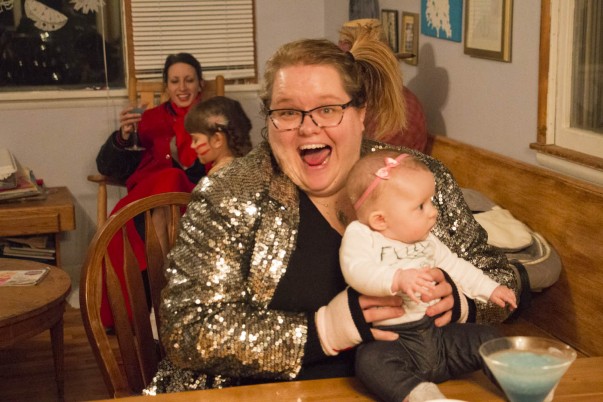 The Valle’s brought Hurricanes for the adults and the whipped cream and syrup flowed. At one point Gemma requested straight Nutella smeared on her plate so she could eat it.  Being Fat Tuesday, who were we to deny her? 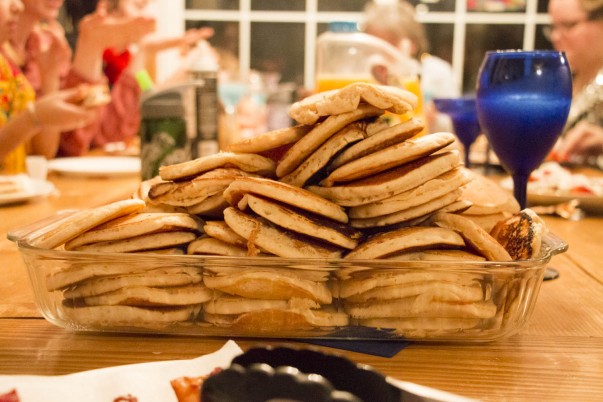 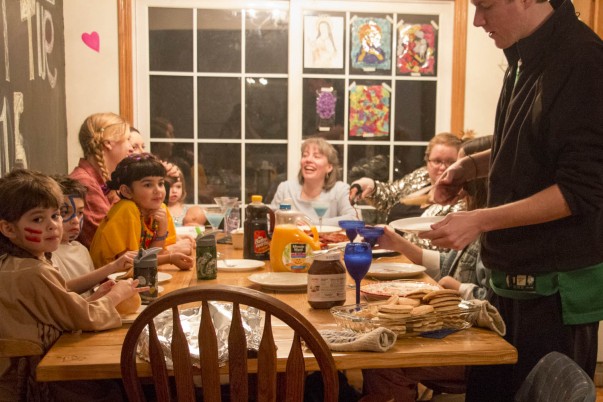 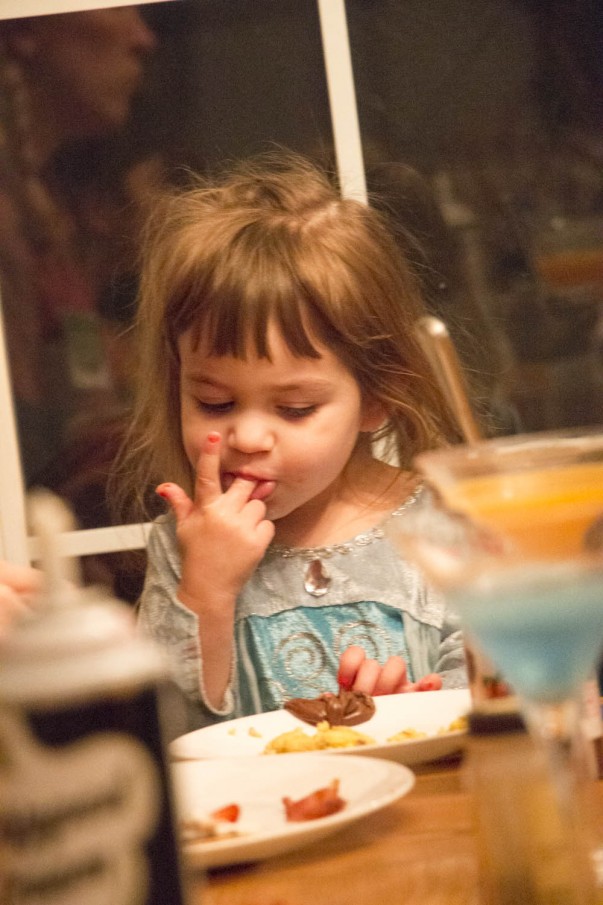 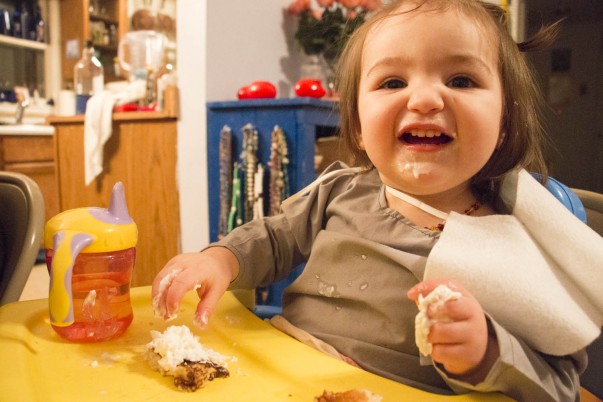 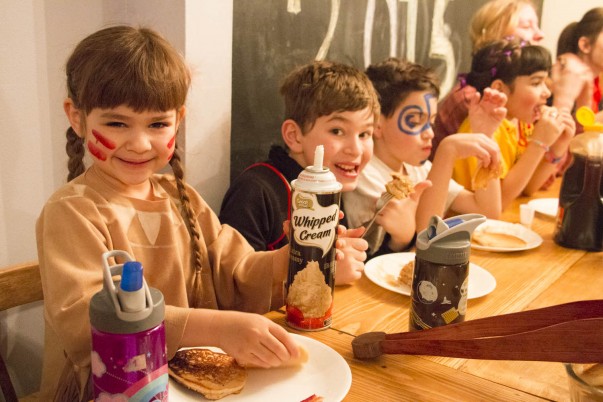 After the kids were put to bed, we queued up Back to the Future because- brace yourself – Bridget had never seen it.

I know, I know. We rectified that right quick because, Hello, McFly!

“I’m so glad we did this!” Bridget said as she left. 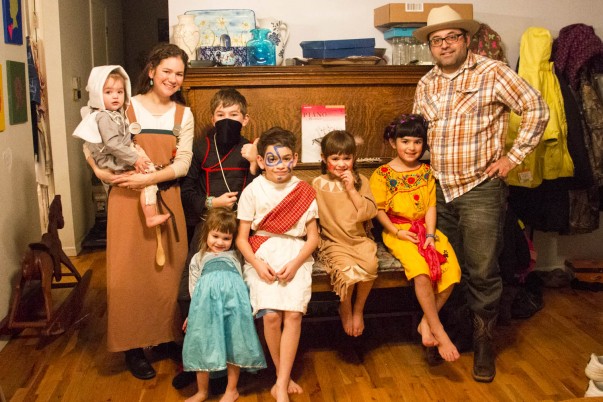