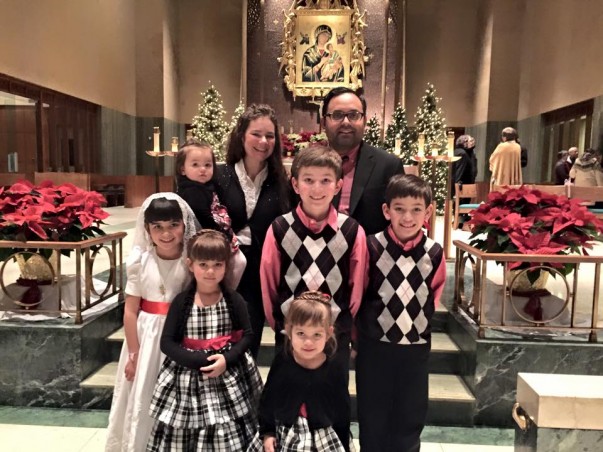 Cathedral was dark.  The pews in front of us were empty, awaiting the arrival of the candle bearers from the procession.  This meant Lu could see Max silhouetted by the candles he and the other altar servers bore.  She pointed and yelled out in recognition while somewhere behind us Tess and Ellie sat in separate pews “Across from Saint Some-guy-that-starts-with-an-L,” nervous with excitement for their candles to be lit.

We sang Silent Night and Adeste Fidelis and watched Max and the Bishop and then the angelic looking girls process up.  The Mass was beautiful.  We visited with friends after and managed to leave before they shut the place down.  We came home to tidy and tinsel and toasty new jammies.  I don’t know what time their heads hit the pillows, but it was late and we still had stockings to stuff and nearly every present to wrap.

It was a late night/early morning.

Stockings were pillaged according to custom and the rules set up by the children.  There was a rush to wrap the last of the last gifts and then the piling of presents.  Gemma declared she would say “Ready? Set? GO!” and she did.  Lucy was satisfied with her book though took to unwrapping with zeal once she got the hang of it.  Excitement, contentment, and joy reigned while outside it snowed, and snowed and snowed. 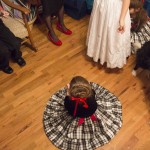 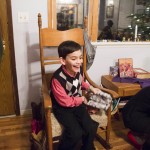 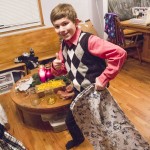 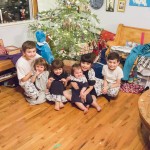 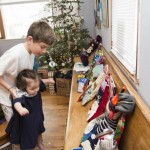 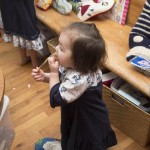 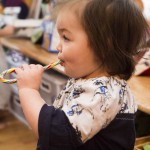 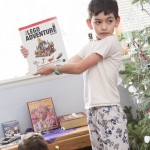 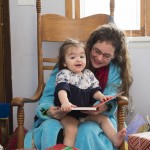 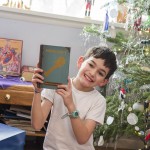 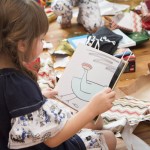 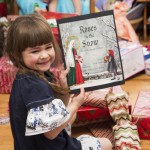 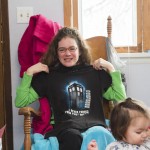 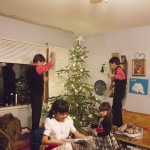 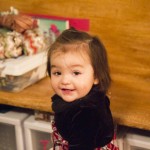 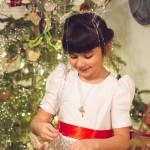