Anywho, we took THE fall pictures today.  It meant cancelling plans, scrounging outfits, traveling with 3 sickies (Luce and Gemma are down for the count.  Praying they don’t get it as bad as Jac.), and naps in the car but IT WAS WORTH IT.

I woke up at 4:15 last night to Jac’s violent shivering and moaning.  “I’m so cold!” he whispered as he radiated heat.  I so wanted to panic or throw a tantrum because I just don’t do him being sick very well.  So I was leery when, between great bouts of coughing, he suggested heading up to the canyon today.  He heard my protestations and countered them with, “Yeah, I know, but it’s supposed to be cloudy and it’s only going to get hotter and I don’t know if the leaves will hold.” Spoken like a true photog. 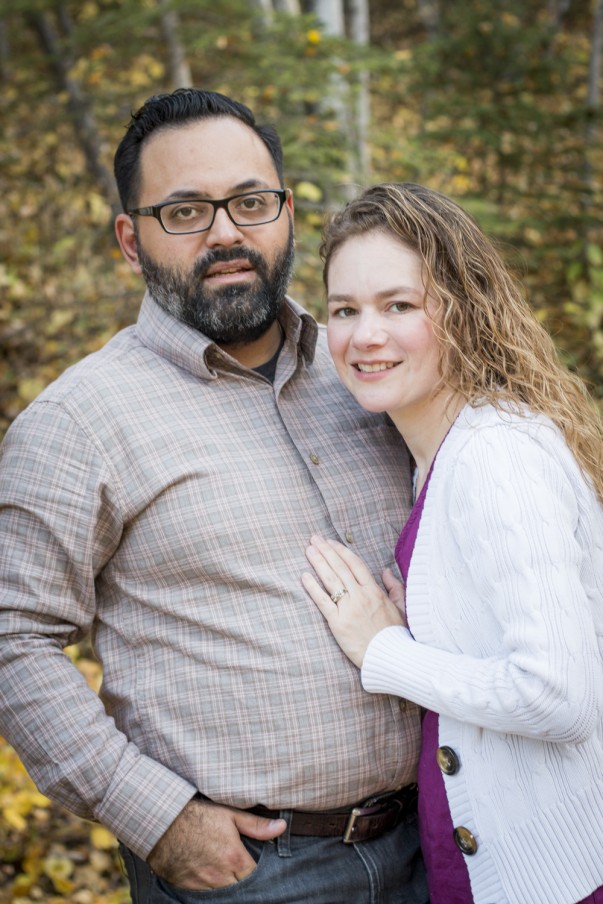 But first he had some work.  It would only take an hour and thirty.

Tess chose the color scheme and picked out outfits.  Every year it happens that it’s the first time we are donning fall clothes and so it’s pretty piece-meal and things tend not to fit so well.  Good Lord, Philip looked to be waiting for a flood.  I literally stuffed Lucy into her clothes.  I changed 3 times and thought I was destined for a fourth when Lucy made a nice snot trail on my hem.  You can only guess at the relief I felt when I realized I had put the dress on inside out (then buttoned it!  I have skills . . .) so I could still wear it!

The kids had cheered when we announced the plan for the day and had been busy and dedicated to make it happen.  By the time they leapt from the car, they were giddy and full of memories. 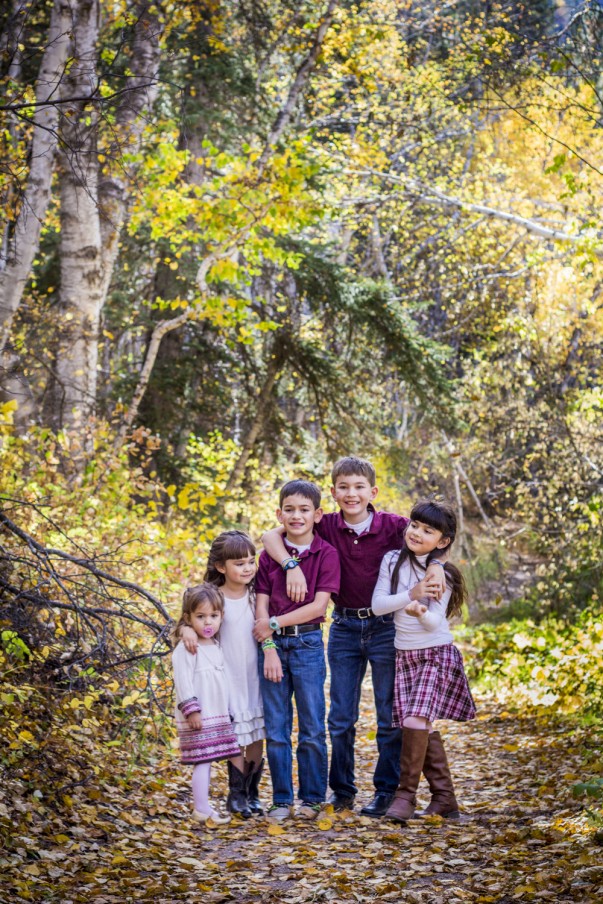 “Can I go across the bridge first?” 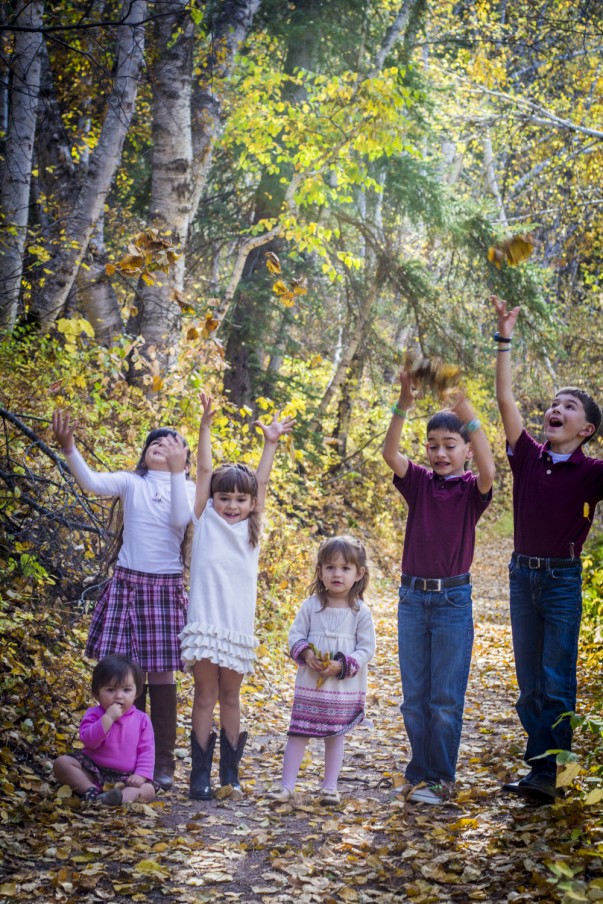 It was beautiful even though the promised clouds were absent and it was darn warm.  We struggled to get the crew to calm down, to not make faces (Max) or pose weird (Tess) and to keep their hands to themselves (Ellie and Lucy).  The riotous laughter set Jac on edge and the inability of the kids to follow his posing directions just about pushed him over.  But we persevered!  Hurray for fortitude! 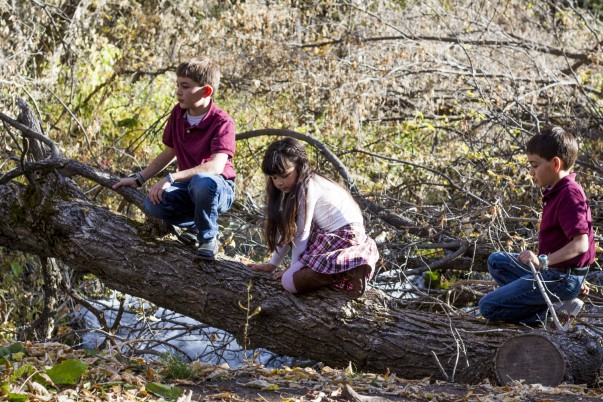 Max.  Wow, has this kid grown since last year.  He wouldn’t stop with the crazy poses and faces, much to his father’s frustration.  Jac was trying to catch me walking and Max ran up with his  goofy face and bunny ears.  I think it might be my favorite of us – that as a middle schooler he still can be silly with his mom.  We couldn’t coax a true smile out of him for anything.  And when I suggested he walk out on a tree over the creek he didn’t hesitate. 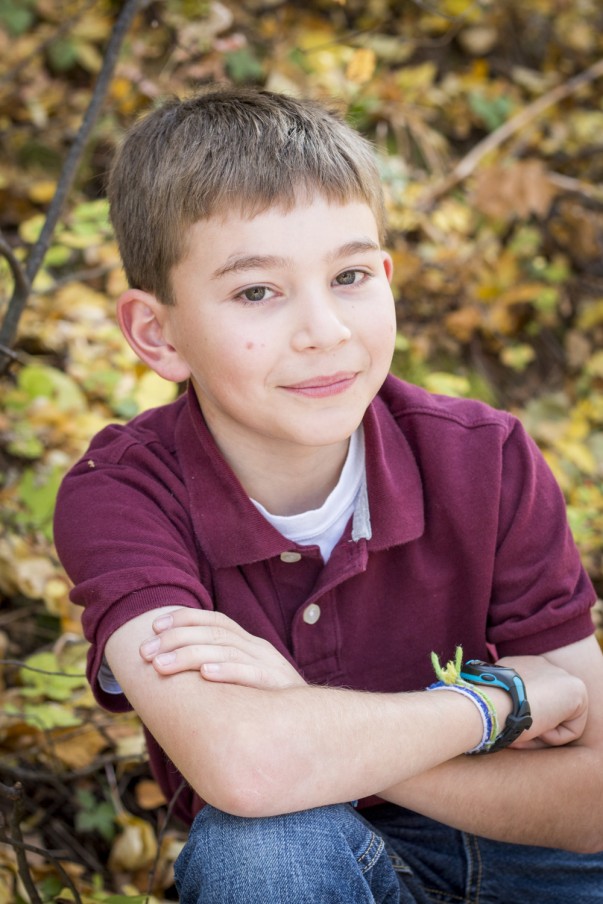 Philip, the boy with the legs, had the most memories about the place and noted several times the beauty of it all.  He requested, too, a return trip in the spring to paint it.  Oh, his creative heart!  He pasted a smile on and I don’t think he took it off until we were done.  Again, we couldn’t get a natural, real expression for anything.  He wore his Shoe-Wings because they are him and I love that they are forever captured.  He was not so brave at first but came around and balanced like a pro over the stream. 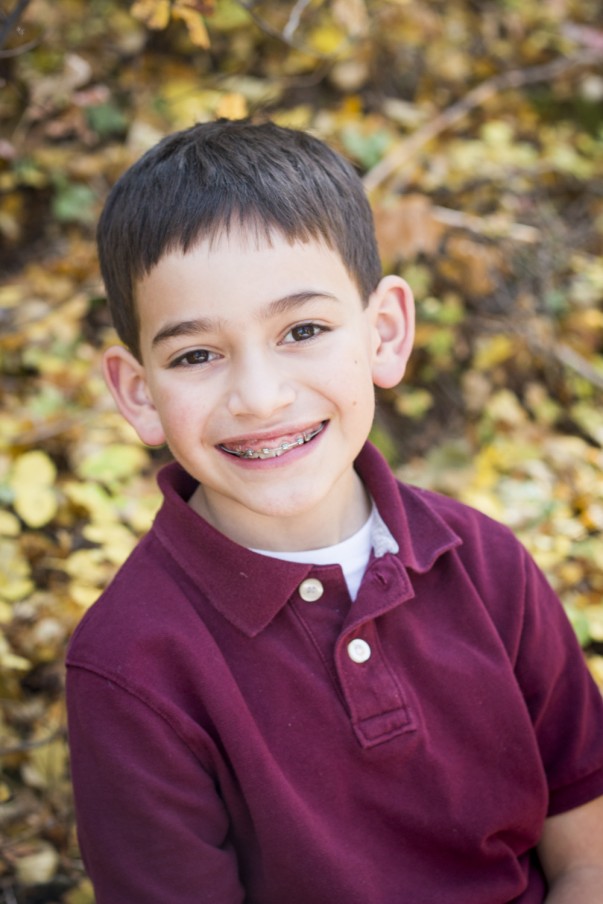 Tess was the resident Boy Scout with her many and sundry accessories- be prepared!  She took great care to provide lip gloss for her sisters and was always thinking two steps ahead of us.  She’s turned into a bit of a bean pole and her skirt kept slipping askew.  She found her spot and, placing hand on hip, shoulder toward the camera, said, “Like this, Mama?”  She’s a pro even though not knowing her right from her left made instructions tricky.  She decorated everyone’s hair with leaves and was desperate to weave them into wreaths for crowns. 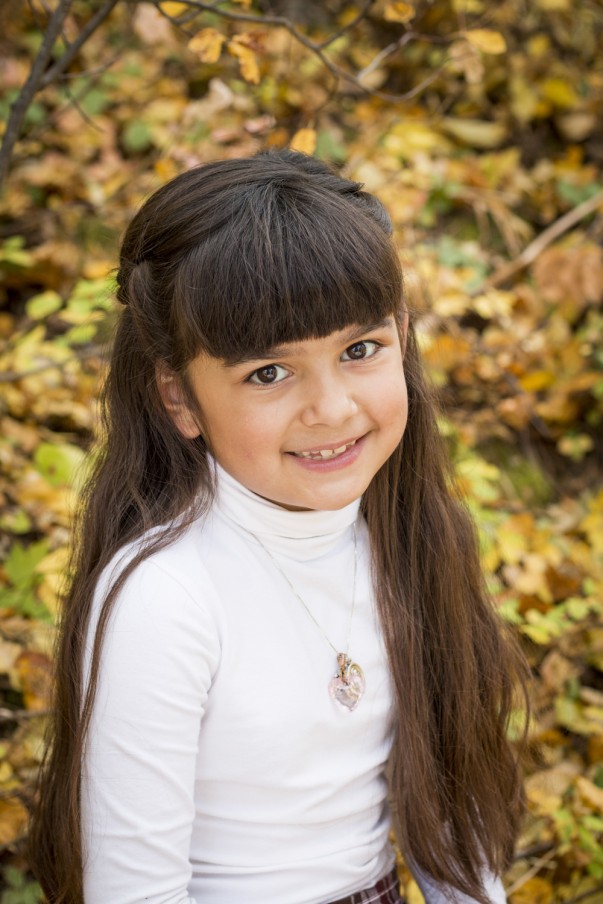 Ellie.  Ellie, Ellie, Ellie. Why I thought a cream dress was safe, I don’t know.  By the time we got to the photo op, she had 3 large spots of 2 different food items on her front.  Thank ya, Jesus, for baby wipes.  And the boots- again, they are all her.  She tried out several smiles for me while we waited on the camera.  “Which smile should I use, Mama?  This one?  Or like this?  Or this one.  It’s different from this one.”  Oh, my heart.  And she never complained about Lucy pulling her hair and that’s saying something. 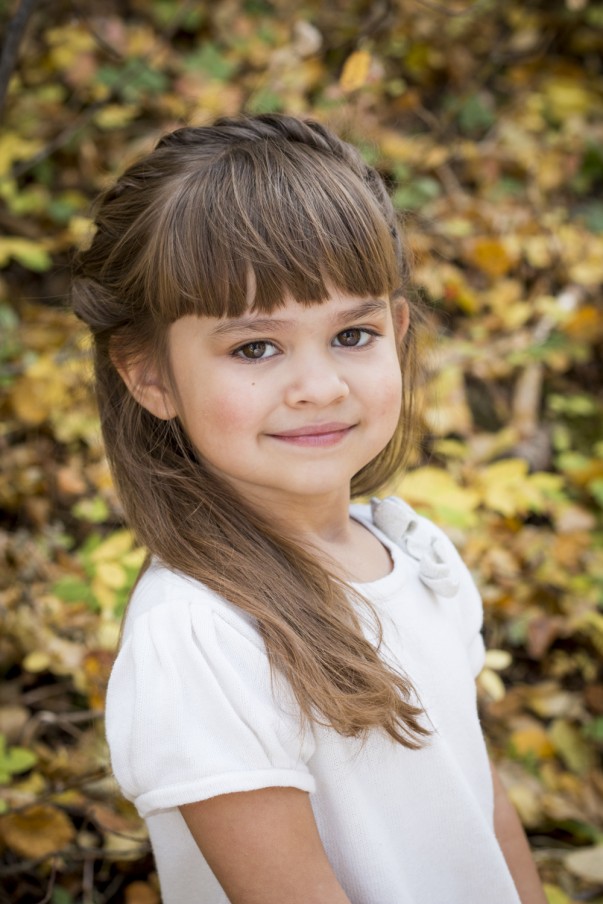 Poor Gemma did not want to wake up after we had arrived, but she was a trooper.  She came alive at the mention of lipstick and she quietly took everything in.  We lined them all up to throw leaves and we explained the whys and hows and she nodded and agreed.  And ev-er-y time, she held onto her leaves.  Jac would explain again what we were asking of her but she continued to smile coyly and hold tight to her leaves.  She acted the same with her portrait but for as tired and yucky as she felt, she did great. 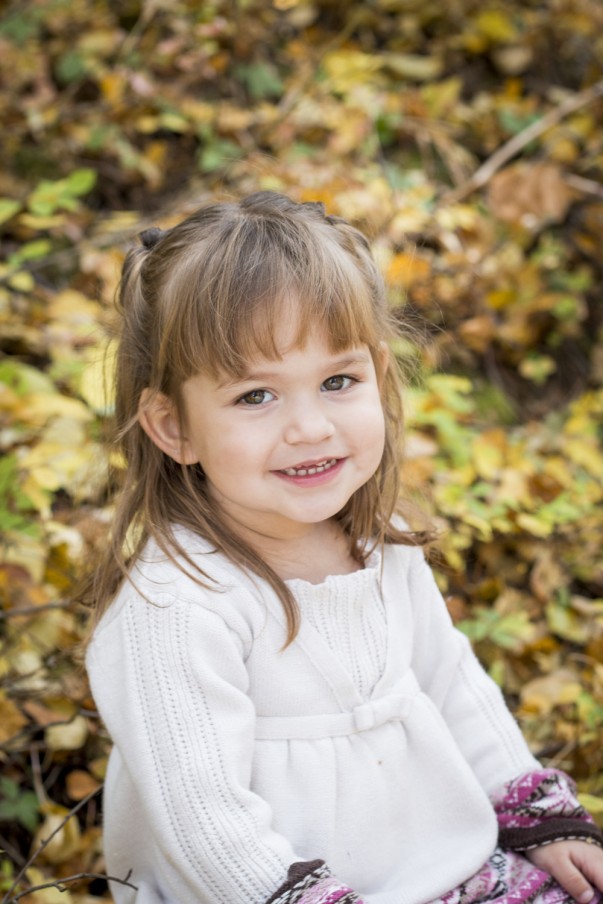 Lucy survived her first shoot very well.  She was dragged about by her siblings and suffered through a REALLY tight skirt and a hot turtle neck with minimal complaints.  She sampled leaves and dug in the gravel.  She tested her voice in the woods and thought it sounded fine.  And, much to her father’s delight, she smiled when she was supposed to. 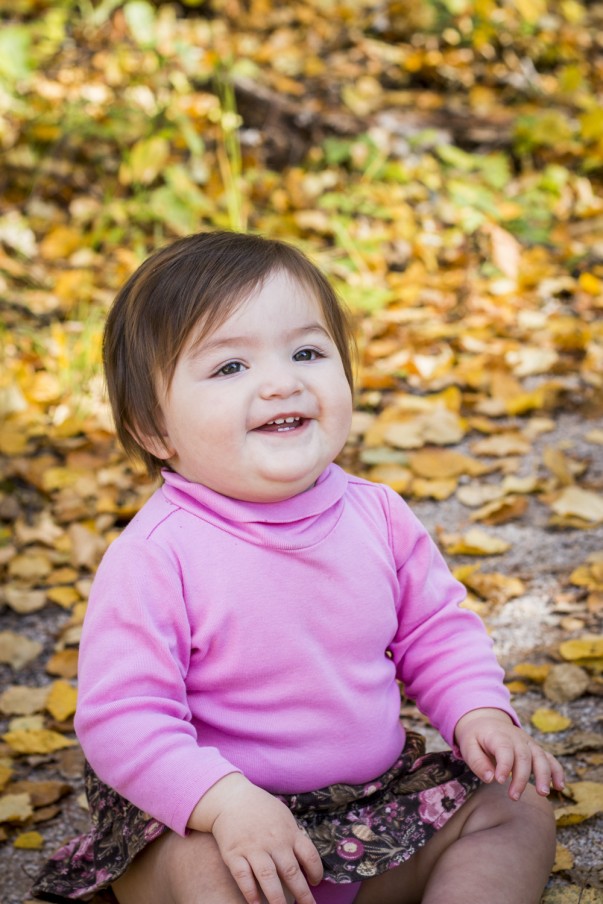 Another one for the ages 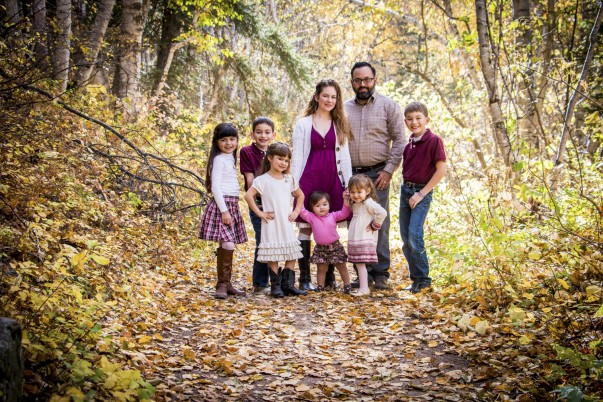