The kids have just discovered the Slug Bug game.

Don’t say it’s ’cause we’re home school weirdies. Say it’s because we live in a northern climate or VW bugs have faded in popularity or anything else, really.

Anyway, as a result of the slim pickings for bugs, Max and Philip took it upon themselves to add other classifications. The how’s and why’s are lost to me as it happened whilst on a fishing excursion with Papa Chris. What I do know is this:

Bruiser Cruiser is multiple punches if a PT Cruiser is spotted. (Oddly, a popular choice in Rapid City!)

Flat Slap is yelled and a slap (or several) are delivered if someone sees a Kia Sol. (I don’t know.  Our neighbor owns one, thereby ensuring lots of slapping.)

Round Pound is still a mystery to me.  Obviously there is an abundance of “pounding.”

Tess, not to be left out, added Surburban Sherman (a hard shove to the shoulder) and Stripe Swipe (a two finger slap to the fore arm.)

These games differ from the Slug Bug of my youth in that instead of whoever spotted and called the car being the only one allowed to slug the occupants of the car, the spotter yells the car at the top of their lungs.

“I just imagine saying, ‘FLAT SLAP!’ and arms and hands flying everywhere.  Wouldn’t 2 more rows of it be great?” came from Max. Therefor, as the leader, this is exactly what has transpired.   Someone yells and the car becomes and flurry of thrown punches or slaps accompanied by this purposeful chorus:

So far Gemma stays out of the fray and when someone forgets, she says firmly but not unkindly, “I don’t like that!”  Lucy is off limits.  Butts must stay on the seats however whoever you can reach is fair game.

Today, as we ran errands, Max developed a sore shoulder.  Turns out his mom is stronger than she looks.  Slug bug! 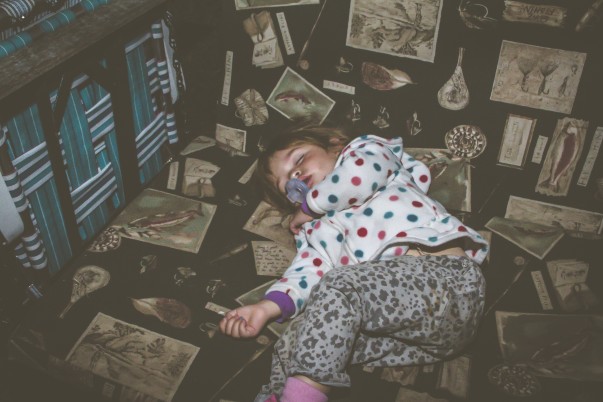 This is the result of too much fun and not any crazy games lest anyone gets any crazy ideas.