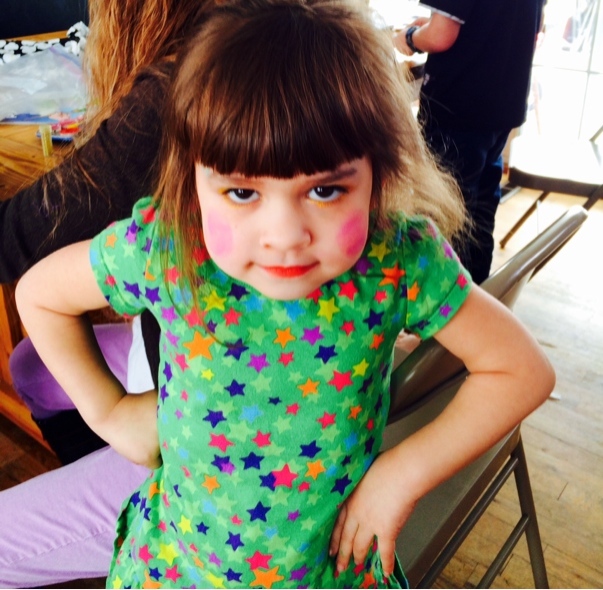 Actually, if I remember correctly, the accusation was that I was “a mean-o and a bad mom.” It turns out the nearly five-year-old has a flair for the dramatic, too.

“That’s right!” I yelled gleefully. “I am mean and the worst mom ever. MWAWAHAHAHA!!!”

Maybe she gets the drama from her mama . . .

Anyway, this little conversation was actually yelled across the house as she had been placed in time out yet again.  Insert eye rolling and head shaking from me right here.  She’s had this chip on her shoulder and been nigh on unbearable since Mama Syd left.  I’m inclined to think it’s a touch of emotional growth spurt.  It seems all of the kids hit them from time to time and I’m praying that’s what this is.

Come to think of it, that’s how she’s been acting – completely exhausted.  She’s snappish and short tempered, emotional and irrational.  She doesn’t always make sense and fails to make simple connections.  Other times . . .

One morning last week, they all crowded around me to view a picture.  I was enveloped in a halitosis haze.  “Your breaf stinks!” I said, because I’m a mean-o and mean-os say mean things. The eldest 3 scootched back a few inches while Ellie sat down on my arm rest and cocked her head to the side.

We all took a second to follow that train of thought then burst out laughing together.  I think this explains a lot.  It also is the thought that makes me resolve to keep working to find that sweet little girl again.  She’s in there somewhere!