When I asked what kind of cake she wanted for her birthday, Tess was clear: she wanted an airbrushed, frosting laden masterpiece from Sam’s Club.  She was disappointed when I told her I was making her cake.

“Fiiiiiine.” she sighed. “I guess I’ll have pinata flavored.”

Ellie and I exchanged a puzzled glance. Ellie began to chuckle nervously, “Uh, Tess, you can’t eat that and I don’t think mom can make it in a cake . . . ”

Once that was sorted out we went in search of ingredients and in the end she decided on a strawberry cake and strawberry ice-cream and  big, pink sugar gems.

Meanwhile, while we shopped for the food end of the party, Jac and the boys were in Target trying to make sense of shoes and the clothing in the girls department.  They arrived home exhausted and disheartened. 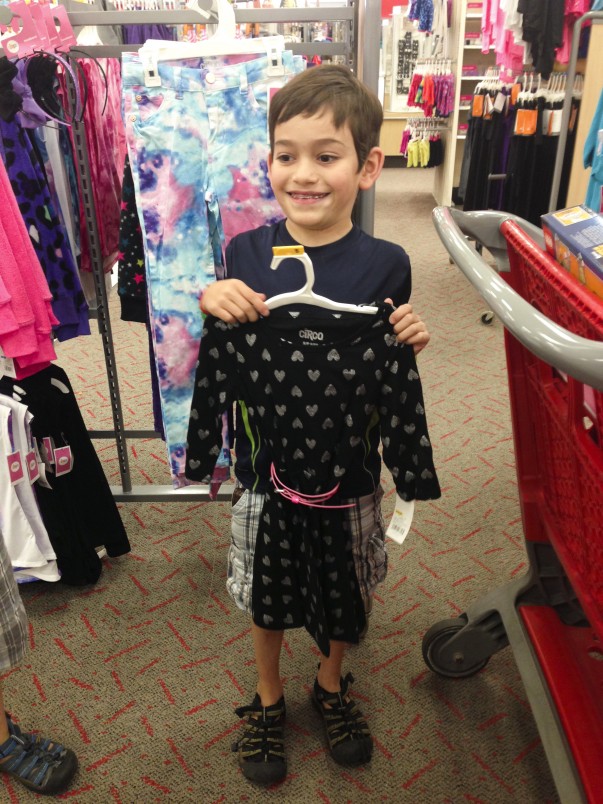 “Mom,” Max confided, “There is NOTHING modest for a seven year old.”

We couldn’t decide on a theme.  Tess fretted and pushed herself within inches of a panic. “But if I don’t know which movie I want to watch, how will you and dad know which one to pick?!”  We assured her all would be well and spent the hours after she was in bed tossing out and rejecting ideas.  We surveyed the extravaganza experts (Fr. Tyler, Bridget and Susan) but none of them could make it and they didn’t want a really good movie to be seen without them.

That brought up the issue of guests.  The kids stewed about the possibility of it being “just us.” which is a horrendous thought to them.  And Tess, our extrovert needed guests to make her feel special. Calls were made, last minute (bless you all!) invitations were accepted and in the end we had 7 adults and 9 kids around the table for a Mary Poppins inspired extravaganza.

She woke up to 7s in her bed and clouds and kites and bow-tied penguins in the dining room.  We had her open a new dress and shoes for Mass and created and ‘Birthday Girl’ sash to wear to church.  She beamed and squirmed through the entire hour. 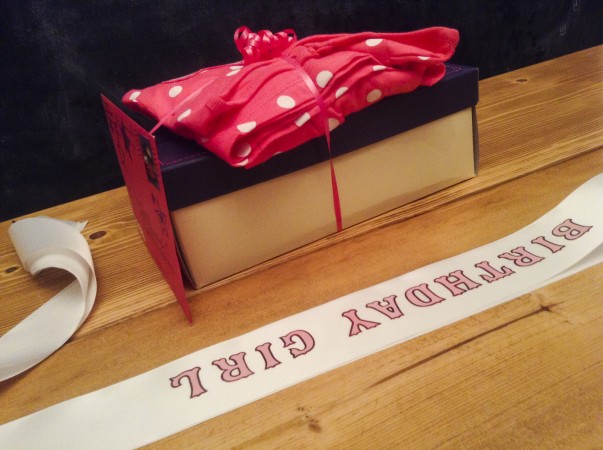 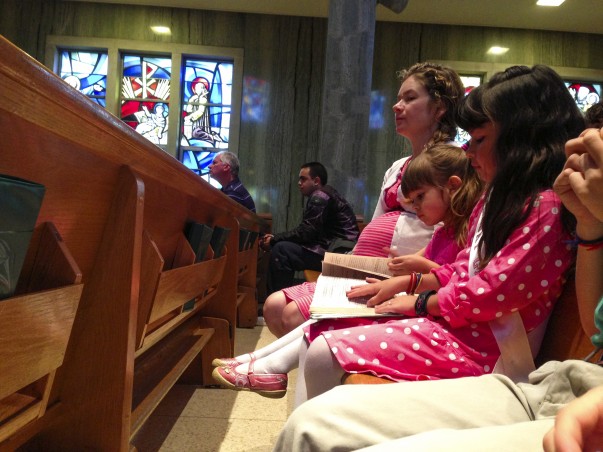 She chose Sonic for lunch and then try-as-she-might, could not settle down for a nap though we knew it would be a long night.

The Wittes, the Brown’s and even Fr. Christensen showed up for enchiladas and rice.  Then, because she would have died if we made her wait any longer, we began the treasure hunt for presents.  After cake, it was late and our guests had to go home, much to Tess’s disappointment. 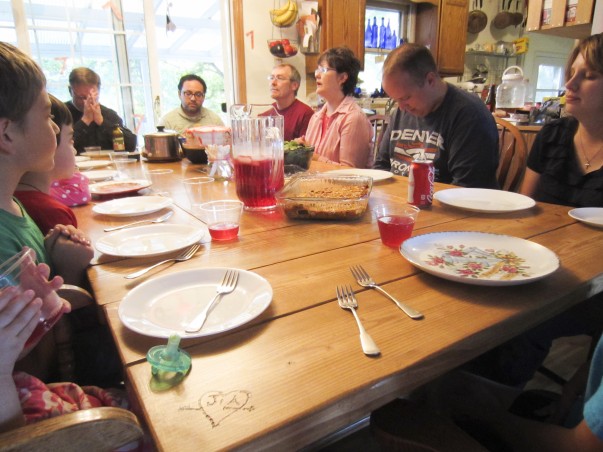 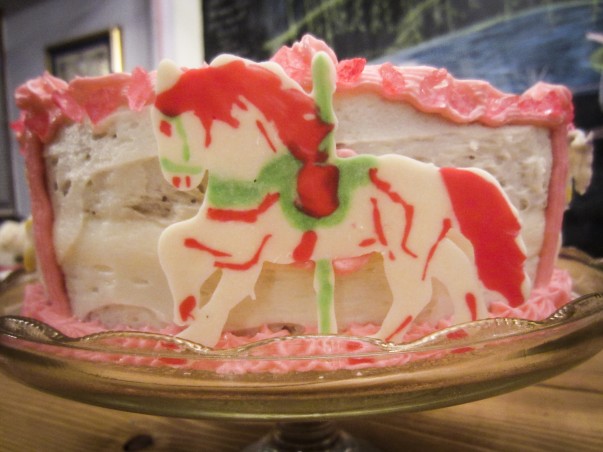 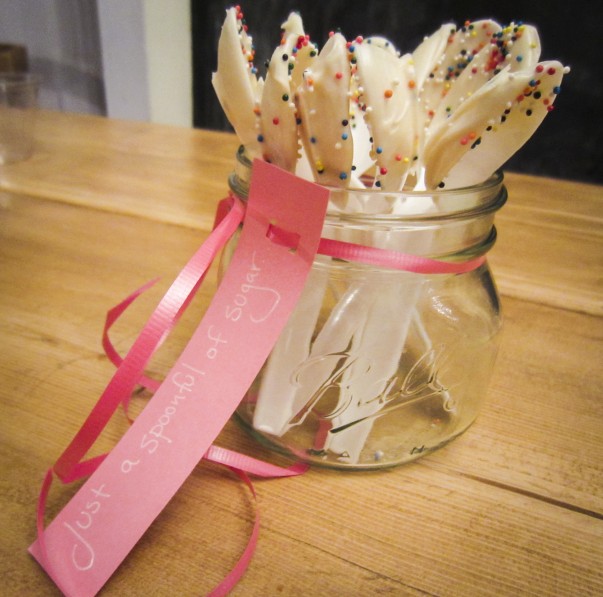 “But who will watch the movie with us?” she wondered.  Randy to the rescue! He showed up in time for some cake and the film and all was well.

For a half hour.

Then our tired birthday girl stood on her head and changed seats and laid on the top of the couch – anything to stay awake through the marathon that is Mary Poppins. She did it, though, and even made it to her bed under her own steam. 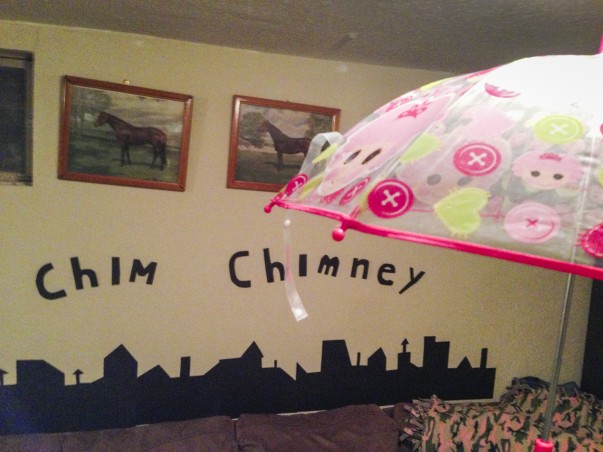 It was, it turns out, a Jolly Holiday for Tessie. 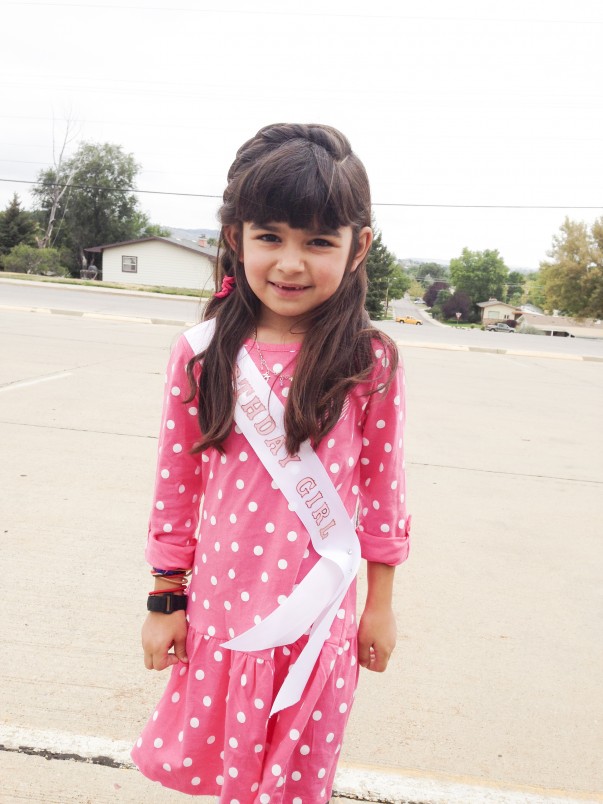