Or It WAS my birthday. Almost 2 months ago.

It’s my Jesus year and I am WASTING IT!

Okay, that’s a little dramatic but where has the time gone?  Sheesh.

It’s been a long time since I celebrated my b-day in California.  It was nice to be there for my 33rd.

There were thirty-threes and streamers and balloons to greet me when I awoke and drawings, bouquets and other treasures from the kids. And there were pancakes because breakfast is one of my love languages.

Later, Jac took me to lunch in Modesto.  We opted for a sandwich shop because I love a good sandwich.  The Brighter Side is in an old filling station and is just like eating in someone’s potting shed.  But with really, really good food.  And a hippy vibe – perfectly suited for a California celebration.  (A word to the wise – they are only open from 11-3:30, accept only cash and though they have an ‘Annie’ sandwich, I recommend the ‘Dean.’ Delish.) 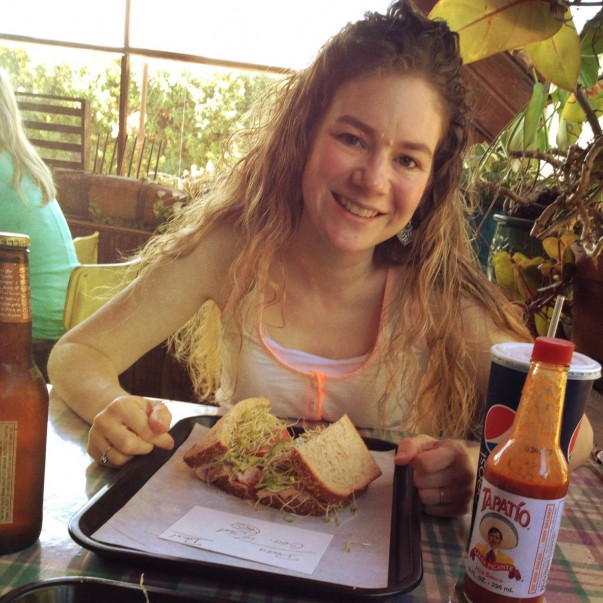 After naps there was swimming (because we all know that’s my most favoritest thing ever!) and then supper at the Wyeth’s.  Jac was amazing and took over Treasure Hunt duty, sweating over the clues that, in the end, were hilarious.  The best? One that ended with “Our piece of crap ____ .” The kids and I all yelled ‘VAN!” together. High. Light.

There was an abundance of fuschia colored gifts (it was a hot color this summer) and the requisite angel food cake, strawberries and whipped cream. With 33 candles.  High five to Asthma Girl who blew them all out in one breath!  In one breath, people.  Woot! 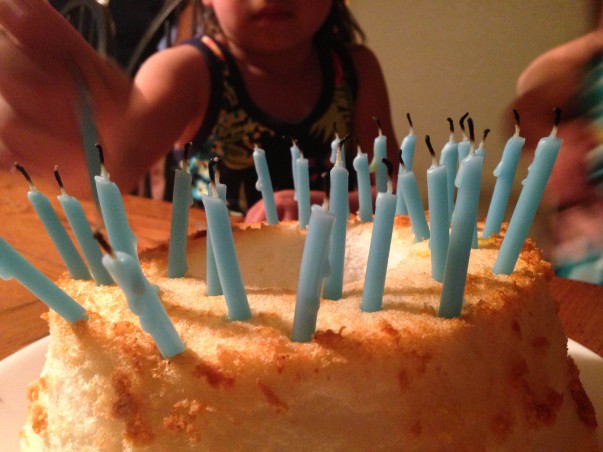