Whoa. Number six! Was this planned?/Are you done yet?/Is this your last?/Don’t you know how this happens?

Uh, aside from being a highly innappropriate question; Yes, there is always a plan. Why do you ask, do I look like a steak?  Or a cake?  Or something else  that may have questionable doneness? We will take however many blessings God gives us and, at the moment, he has yet to tell me a number.  This could or could not be our last baby and personally, I don’t want to know until that ship has sailed, thankyouverymuch. And obviously we MUST know how this happens and MUST be pretty proficient in order to have 6 kids in 11 years.

Snarky much?  What’s your deal?

I have no filter when I’m pregnant AND I’m currently pregnant in June in California.  Who’s not a little cranky when they’re hot?

Are the kids excited?

Over the moon.  Max figured it out just a week after I knew.  Between the Seabands, my lethargy and such he called it.  They’ve been asking for another baby since Gemma started crawling and seemed less baby-like to them.  The boys have dubbed the wee one ‘Sixtus Cornelius the Third.’ They are not in charge of naming.

What are you hoping it is?

Healthy.  And – it’s rather unanimous in the house – male. Tess said today, after Ellie had asked why a baby was in the hospital because baby’s can’t get sick (*insert conversation about preemie babies and hospitals here*), ‘Well, I just want our baby to be healthy but I really hope I will get to hold a boy baby.

How are you feeling?

NOW I’m feeling great. (Aside from the hot, that is.) The first 16 weeks were yucky BUT there was no puking so I count that as a geat pregnancy.  I was the normal tired but with the craziness of our spring, managed most days without sleeping at odd times. Overall, it’s been good.

Any weird cravings yet?

Not so much, actually.  Sugar makes me feel particularly gross so I have largely avoided it.  Comfort foods have been appealing but so far nothing that I can’t live without.

Is anything about this baby different from your others?

My hair hasn’t been this frizzy since junior high.  Thanks, hormones!  And I felt movement at 11 weeks – so much earlier than any of the others.

Are you doing another homebirth?

Remember how I said I wouldn’t do anything else?  Well, our midwife is no longer doing home births because she’s too busy.  Dang.  Instead it will be at her birthing clinic – homey atmosphere, tubs, etc.  Ooooor, if this one is too quick, the van on the side of I90. (Just kidding!)

Speaking of the van, do you have room for another car seat?

No. We are maxed out for capacity.  Do you know anyone selling a Suburban?

Forget about a car, where will you put another kid in your house?

That’s a fine question.  Next?

Just kidding and joking . . .  We don’t know yet.  It is hotly contested amongst the kids about who ‘gets’ the baby and who has to ‘have’ the baby (it depends on the given day and the moods).  We just have to have a spot for an infant for the first little bit and then figure it out later. We’re so good at procrastinating that that sounds like the best plan at the moment.

I can barely handle one/two/three/my cats, how do will you do it with 6?!

Well, according to some people, no one can raise 5 kids so really, we don’t know what we’re doing.  But the same was the truth when we added Philip.  And then Tess.  And El. And then Gemma.  It’s all a part of the great adventure!  And who knows?  It might tun out that we won’t be able to handle six and we’ll have to let one of them go. We’ll start taking dibs at the end of the week. 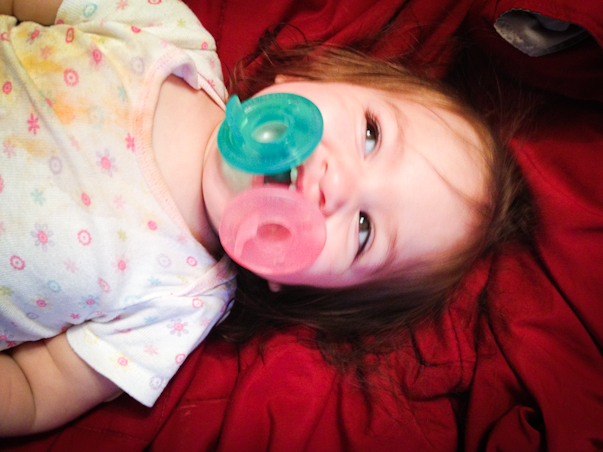