Write about Fat Tuesday at the tail end of Ash Wednesday?  Sure. Why not.  Everything else has been topsy-turvy in these parts, so why not here, too?

When we announced the plan for a “Circus” themed Mardi Gras, I expected gasps, screams, wild applause.  I even harbored hope someone would demand a nomination for Mother of the Year.  Turns out, not so much.  Instead, what we got was heavy silence and blinking eyes while Ellie quietly sung “Da da dada dada afro circus . . . ” to her cereal. (If you know not of what I speak, go here.  Thank me later.)

“Huh?! Huh?! Whadya guys think?!?” I prompted.  They shifty eyed each other, wondering who was going to tell mom she was nuts.  Jac threw out some suggestions for costumes to get things rolling and still we waited.  We told them Susan and Bridget had already called dibs on their costumes. We held our breaths.

“Wait.  Does everyone have to dress up?” Sabine clarified.

You bet your sweet cheeks, honey.

The girls have been sick and we contemplated calling it all off.  Miraculously though, a costume and a little face paint seemed to resurrect them entirely.  Ellie had her turn in THE lion costume and we whipped together a little tiger outfit for Gem.  We were in serious need then of a lion tamer and Max boldly volunteered but only if he could have a mustache.  Tess was a trick rider (who has been practicing her tricks on the rocking horse.  Stay tuned for the next tooth to be knocked out . . . ) while Philip was The AMAZING Car Juggler. He made it up and invented it all by himself, he told everyone.  Sabine was the tattooed lady (“Are those real?” Max wanted to know.) while Jacques was the strong man and I was the ring leader. 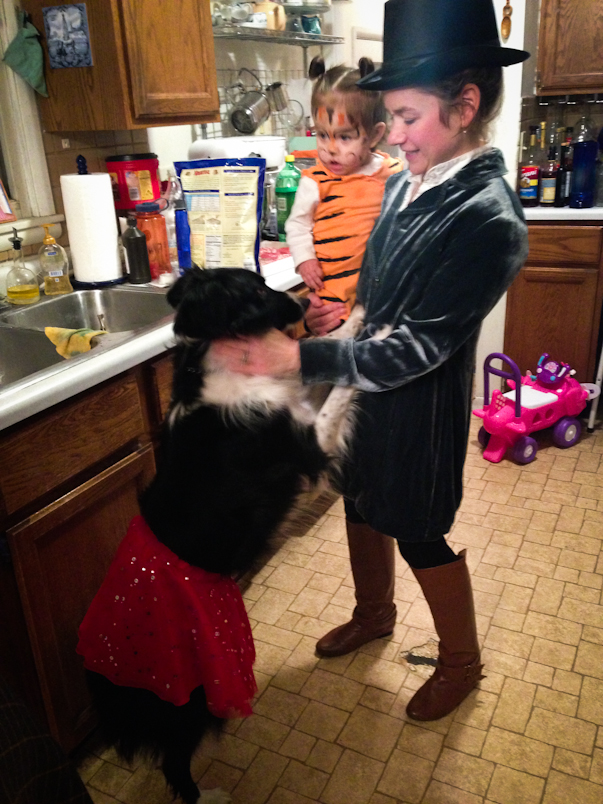 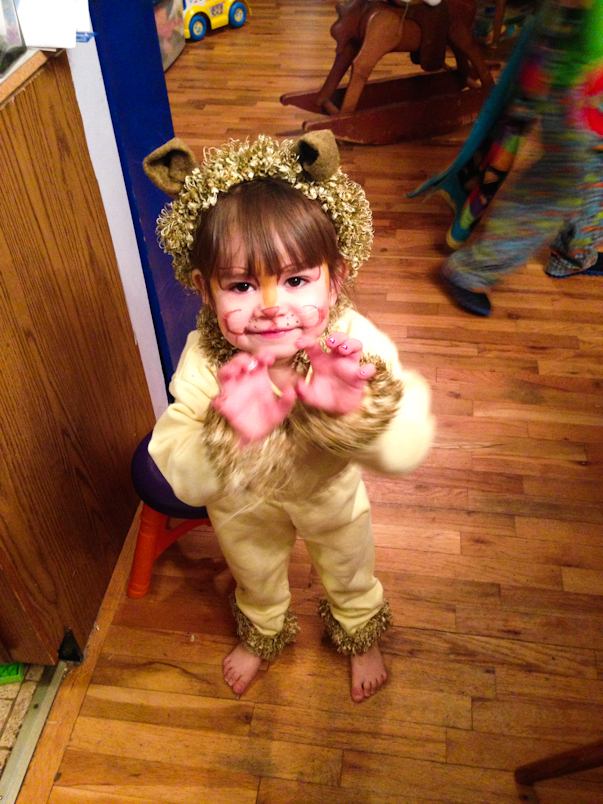 Susan and Bridget came as did the Wittes.  There were clowns and wigs and noses all over the place.  We made dozens of pancakes and cooked up 2 full pounds of bacon and had nothing to show at the end save for 7 flapjacks.  Theresa brought Champagne and orange juice and Susan made homemade Irish cream. We hopped the kids up on fruit punch while slathered themselves with enough real maple syrup and fake whipped cream to make themselves sick. Then, when we were stuffed, Pat busted out his juggling clubs and made the whole circus flare legit. 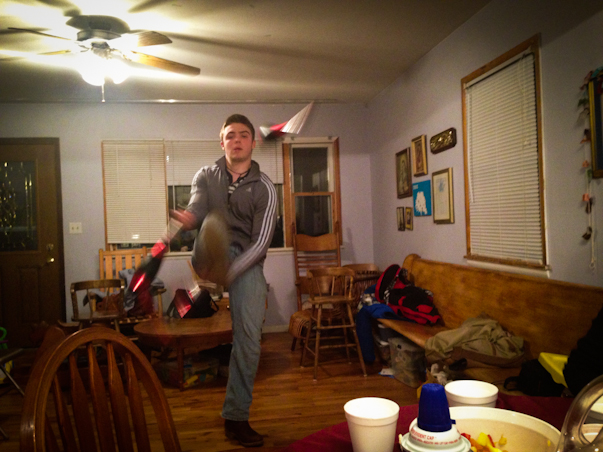 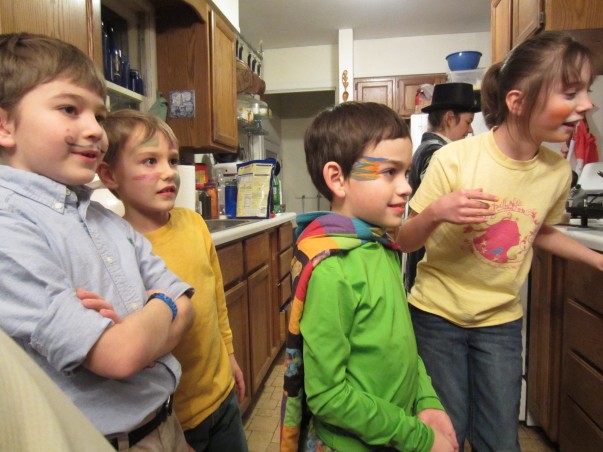 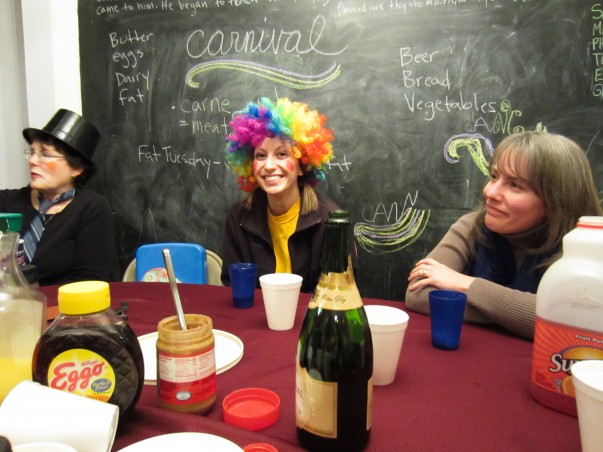 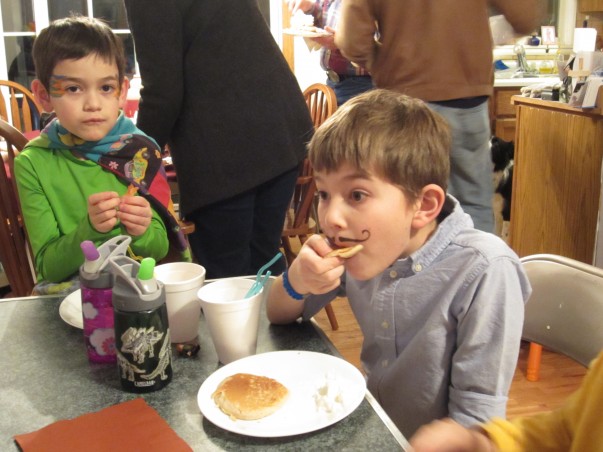 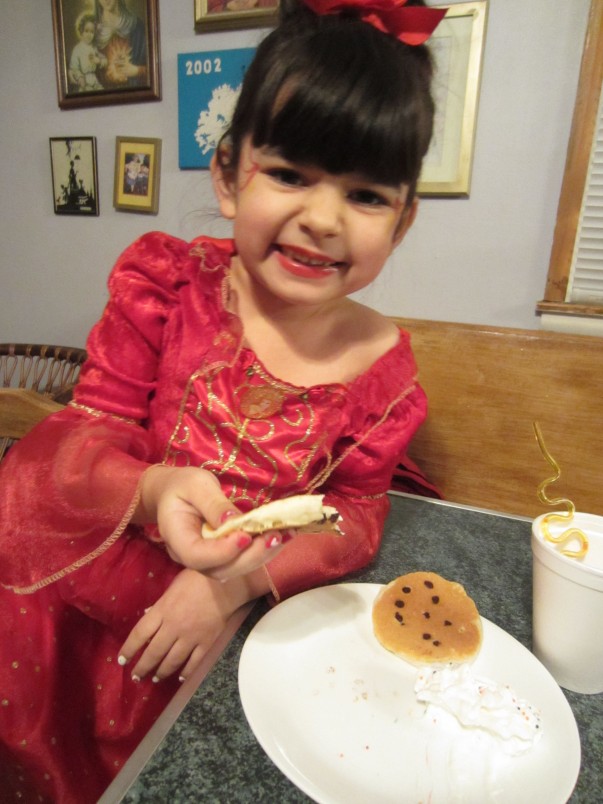 It got REAL, folks.

I couldn’t help thinking as we cleaned up that that’s how to ring in lent – with painted face, full bellies and ringing laughter.  NOW we can rend our hearts. 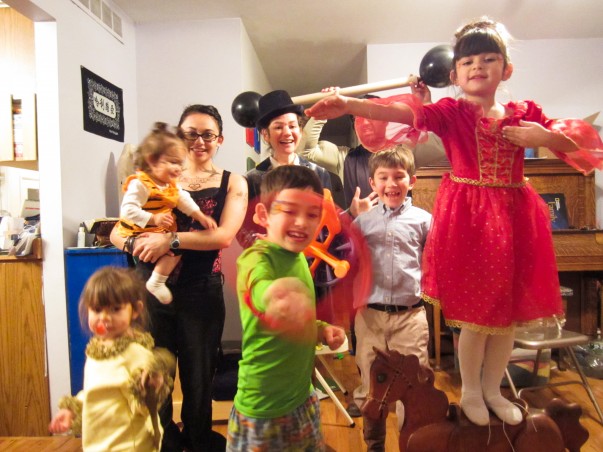