The world has shifted.  We are tilting back towards the sun, warmth and full length of summer.  We can see it in the slant of the shadows, the brilliance of sky.

Not today.  No, today was gloomy and gray inside and out and the day was wearing thin before it had even really begun.  Small seemed smaller, loud was louder and it felt like NOTHING was right.

We were going down but not, I decided, without a fight.

I ordered shoes and socks and coats over questions about why? and where? and requested some dice from bickering siblings.

It came ohsoclose to derailing, really it did.

But my prayers were answered and we made it to the porch intact and expectant. Hallelujah! 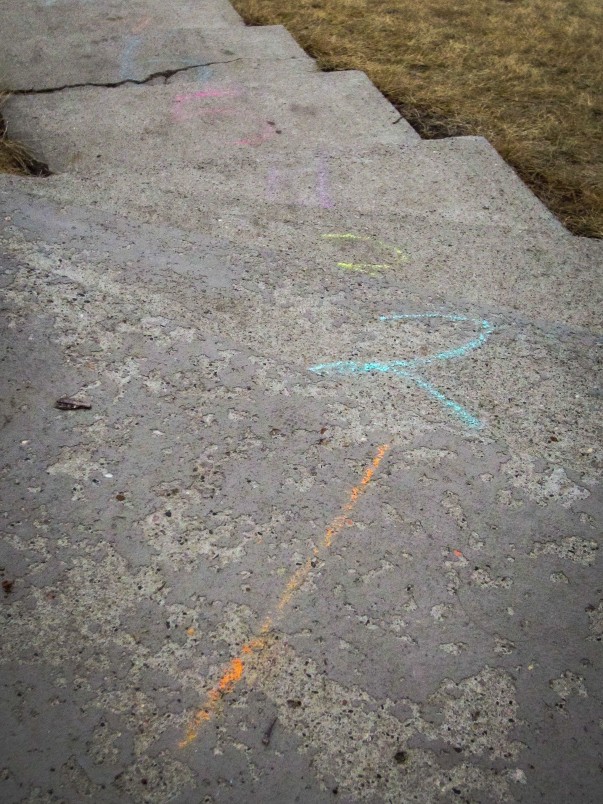 My brother would say it’s all in the pitch and today I agreed.  I had snuck out amid the arguing and yelling and had printed numbers on the each step of our walkway.  When I came back inside with the sidewalk chalk their curiosity was awakened and stepping outside they tried to figure it all out.  They guessed.  They speculated.  They begged to know!

We were going to play a game! Someone would roll all three dice, add up the dots aaaaaand . . . (here I requested divine inspiration) they would all run down to the number and RUN back to me before I counted to that number.  There was cheering (honest!) and they had rolled, counted and run before I could pull myself together. 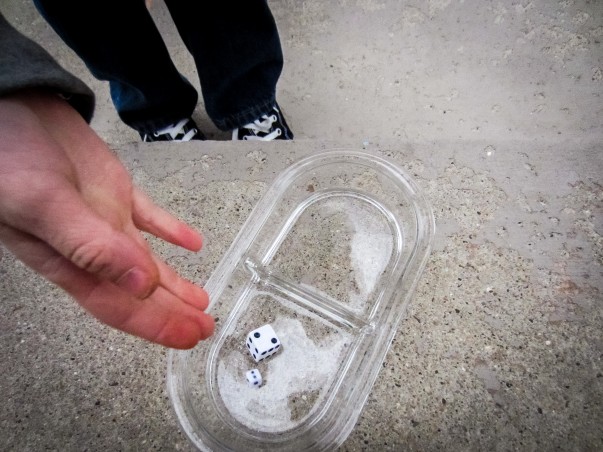 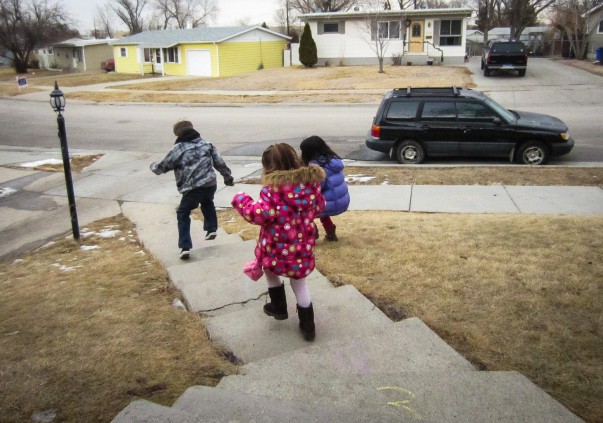 We played hard.  We laughed.  We yelled. We got our knees dirty, felt the cold wind and worked up a sweat.  There were even real, honest-to-goodness smiles found and used generously.

It didn’t take away all of the grumps or iron all of the wrinkles out of the day. 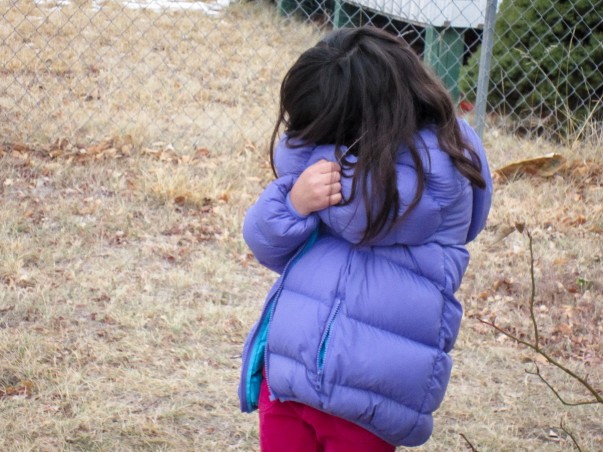 And someone, in the frenzy of the moment, decided to lick the green chalk off of a step and consequently learned that’s not a good idea and gagged and gagged and gagged until tears welled. However, the puke did not come and there was a whimper but no wail so even that was good. (For myself, I laughed until my sides hurt over the ridiculous of it all.  Yes, I watched her think about it and then do it and it was fantastic. FANtastic.) 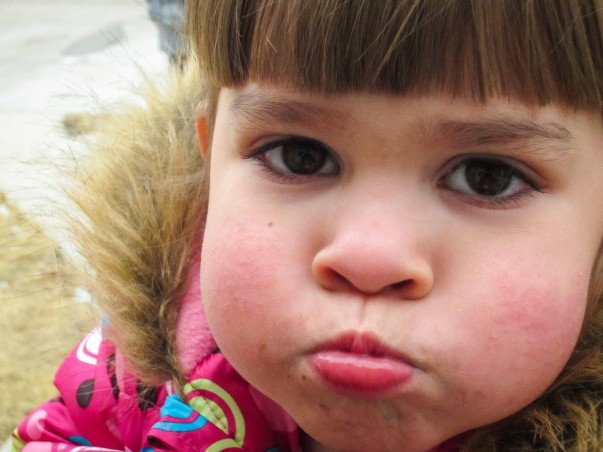 We came back inside and the attitudes slipped right back on as they slipped off their coats.  But the reprieve we had for just a few minutes? That shifted the day and sent it running back in the right direction. 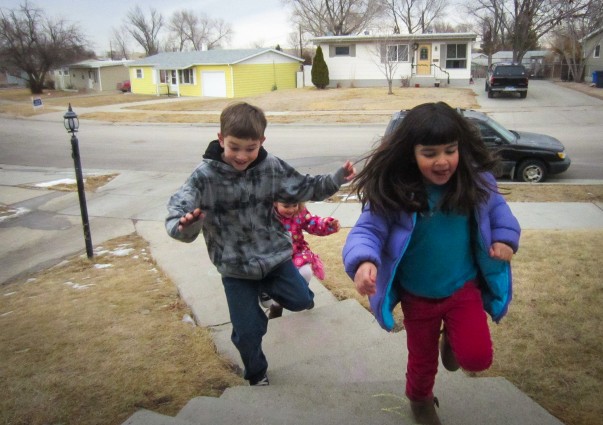