A Birthday He Couldn’t Refuse

At the risk of losing my place in the family, I have a confession to make.

I have never seen The Godfather.

This may not seem life altering, but when your father-in-law is the films biggest fan it’s kind of a big deal. At least it felt that way as I planned a Godfather themed surprise party. It was all Sabine’s idea – a brilliant one, for sure!- that led to us tossing a shindig together for Raul.  And somehow, while discussing dinner ideas we settled on the Godfather and before I knew it, I was driving home with a horse head in the van. 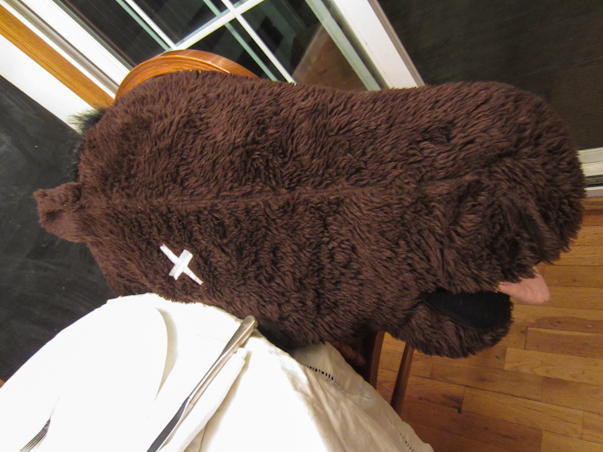 This is the level of devotion to the film that exists in the family.  There is a a giant, stuffed horse head that resides in my in-laws guest room. It’s creepy and when the kids woke up to find it in the living room on Saturday it was absolutely terrifying. There were tears and hysterics. Shoulda seen that coming with horse-loving girls in the house. . . Ellie staged a protest against the horse at the table and only after she was assured it would be removed when Grandpa arrived did she agree to emerge from the hall.  Meanwhile Gemma used all her skills to try and pull the horse down for a closer look.  Lots of drama just like the movie! 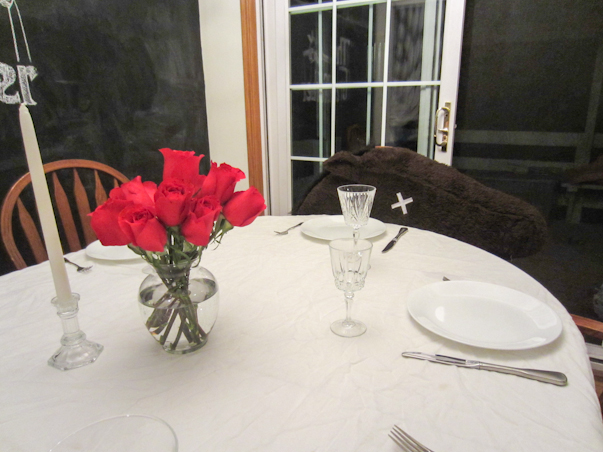 By the time supper rolled around, we had a party set for a Don.  We just needed him to arrive.  Turns out, Grandpa wasn’t so thrilled about the lack of evidence for dinner and having to wait until they had picked up Sabine (the lure to the house).  When he walked in the door and everyone yelled -priceless! 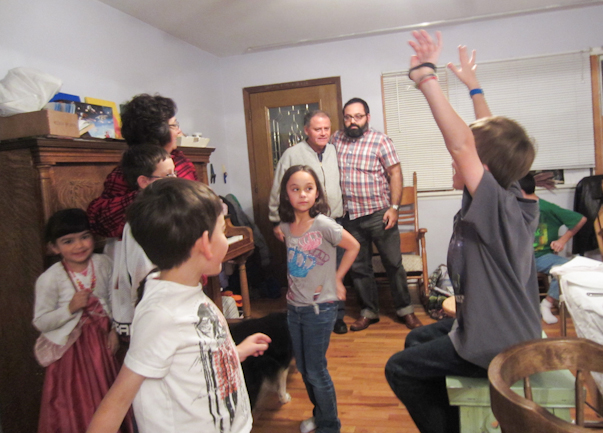 It took a second for it all to sink in that it was all for him. 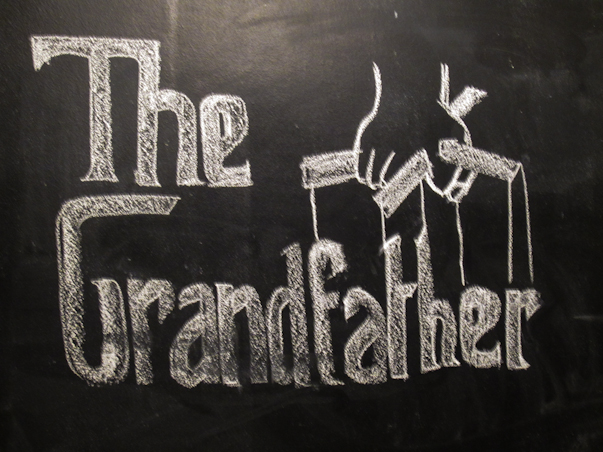 The movie’s soundtrack really helped to create ambiance.  What we could hear over all the cousins, anyway. 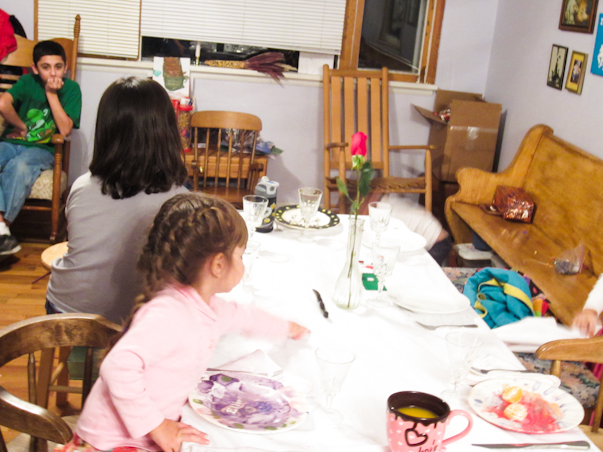 We opted to forgo a pie this time around in honor of the film’s line: Leave the gun, take the cannoli. 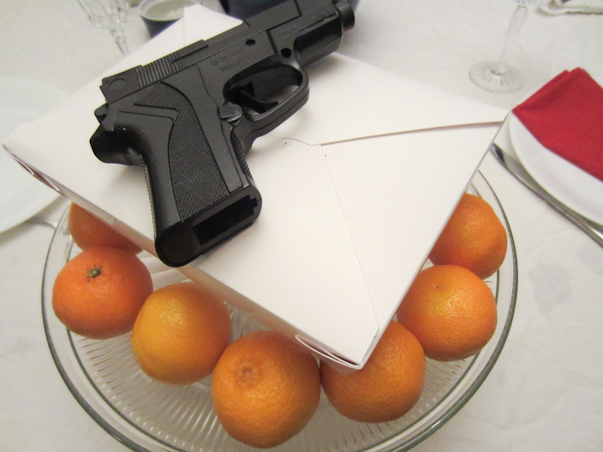 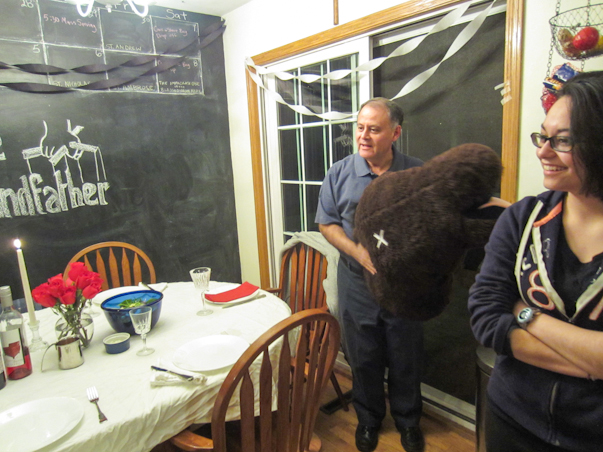