Fifth and Broadway was a rousing success. This is how I know:

– No one freaked out and refused to perform. There were some moments during the first dress rehearsal but after that it was smooth sailing. SUCH a relief!

– Not one item of clothing was lost. NOT ONE!!! And thanks to the Lang and Duffy girls, Tess and Ellie managed all of their costume changes. 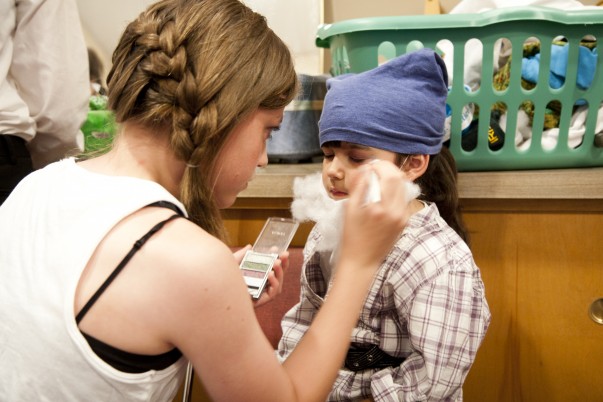 – There was dancing. Honest-to-goodness shimmying, shuffling, and general groove-getting-on-ing. Even from Philip! Max developed his own moves for Man of Constant Sorrows that included kicks and snaps and flailing arms. . . It was as stunning as it sounds. And Ellie was so moved by the final song that she broke into free-styling break dancing moves. Pure awesomeness.

– 19 matching von Trapp family costumes were sewn out of 9 3/4 yards of fabric and two bed sheets. Maria would have been proud! We also managed to make 15 dwarf beards (Cathedral will be finding batting in the basement until The Second Coming. . .) and 8 long beards for the Soggy Bottom Boys. 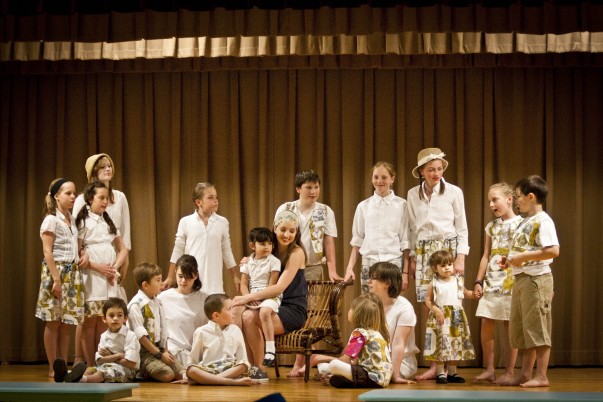 – Speaking of the Soggy Bottom Boys, we managed to talk Jac into the act. He played guitar and had some solo parts and was, as expected, a smashing success. Love, you are my biggest fan! 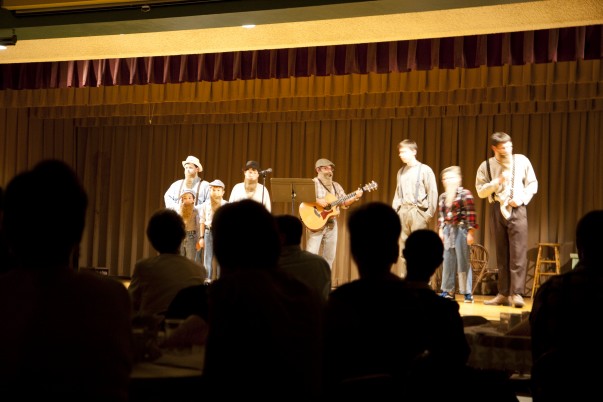 – Mama Syd and Papa Chris made it to Rapid in time to catch the show. They snuck in at the beginning and stayed hidden in the crowd through the show so they could surprise the kids at the end. Poor Philip! He was distracted and straining to find their faces all through Heigh Ho. Jac paid a visit to him backstage and let him in on the secret. He was beaming with excitement for the rest of the show. The Wittes, Susan, Brown’s, Grandma, Grandpa and the Cousins and the Bucholz fam all came to watch and cheer and make the kids feel like stars.

– They all did so well they were asked to reprise their roles at a Boy Scout fundraiser. Do Re Mi and Man of Constant Sorrow were performed one more time. Mama Syd is begging for the Soggy Bottom Boys to make another appearance at the lake and the girls got to sing their songs with their cousin the opera singer over the fourth so it just keeps going and going. 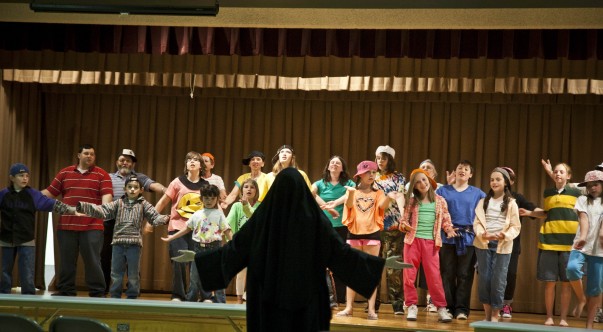 – All four have been bit by the draw of the stage. On the final night, Max declared, “I am going to be in Fifth and Broadway every year!” which was met with a chorus of “Me too!”‘s. I call that a success!