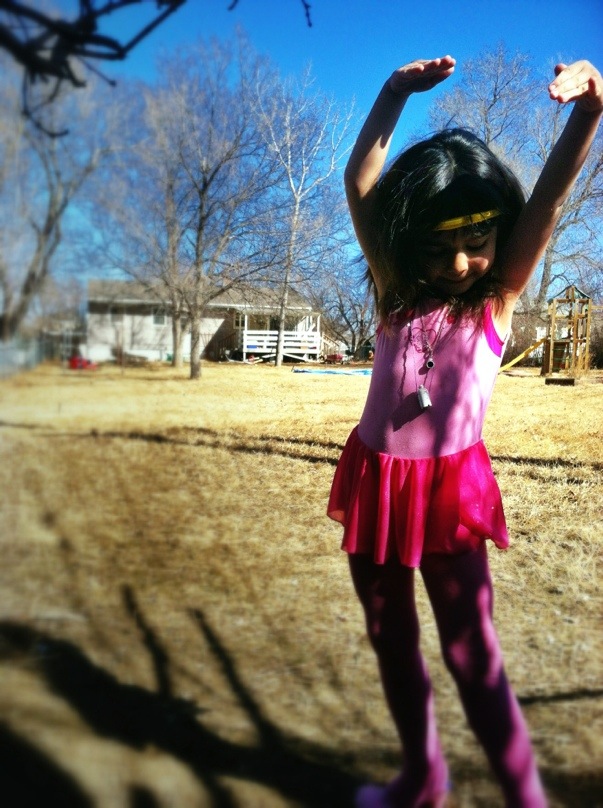 Lent 2012 will go down in the books as the Lent of the lipstick. Or, as Ellie says, ‘Lickspit.’ Either way, that’s how we’ll remember it.

You see, for the Mardi Gras party, Tess was so very excited to be Snow White. But she REALLY wanted to be Snow White – the costume was okay, but it needed something more to be authentic. So when I brought out the RED lipstick, she thought she’d died and gone to heaven. It was the the apex of her existence and she glowed the entire evening, through all four reapplications of the rosey balm.

Ash Wednesday she donned her costume again (syrup smeared though it was,) and helped herself to the lipstick. I was a little alarmed but not totally shocked by this new development. Tess tends towards resourcefulness and independence, you see. Anyway, I announced she’d have to change before Mass. This was devastating and confusing news. Why couldn’t she wear the outfit? After some discussion it came out that she really just wanted some more lipstick. I offered Chapstick. She held firm. I compromised and offered some pink to go with her pedestrian clothes. This was agreeable and after Mass, as she prepared for nap, she requested/demanded/expected another coat of the stuff.

“Because you’re gonna use your paci and it’s just going to end up smeared all over your face.” ( She had gotten up that morning looking for all the world less like Snow White and more like Ronald McDonald.) I explained. “Maybe after rest. . .” I was stalling. It was already becoming a thing. Then came the proclamation:

“I’m not gonna use my paci. I’m giving it up for Lent. Max said I should.” Her eyes had the glazed and crazed look of an addict and she waited for my concession expectantly.

For my part, I was shocked. We had been discussing the abandonment of the paci for months – it was driving me stark, raving, mad – and she refused to comply. And now? Now she would go cold turkey for some lipstick? I was skeptical.

“This means you can’t have it AT ALL, Tess.”

I eyed her with suspicion and wondered if I should take this ball and run or push the paci on her. I hesitated, said a quick prayer and agreed to the proposal.

“Can I have some lipstick now?” was her response.

She survived nap that day, though I have my suspicions she snuck in a paci. But by bedtime that night, she was in the throes of withdrawal and was angry and bargaining. Jac and I held a pow wow about the next step. I feared if we were too hard lined we would be setting her up for therapy later in life. I imagined Tess as an angry feminist, willfully separated from God and blaming the mess of her life on the year when she was five and her mom made her give up her pacifier for lipstick. In the end, we agreed that we’d take it a day at a time and let her know we thought she could do this hard thing.

That first night was tough.

“But my mouth feels weird! I feel like I need it!” she complained followed by tears and sniffling. We prayed with her and reminded here to offer it up for her prayer partner. She trudged up the stairs, stopping midway up to yell back to us, “I’ve made a mistake!”. We had to muffle our laughter.

In the days that followed, it got easier to tell her to suck it up though her suffering seemed to increase. “I won’t sleep then!” she yelled and I told her that was impressive as Easter was a long ways away. And really? If the drama with the paci was the only issue, I could have weathered that storm. However. . .

The lipstick awakened a beast in Tess. Suddenly, her appearance has become all consuming to her. She preens and primps in front of any mirror or reflective surface and everything is classified as beautiful or not. She spends more time in the bathroom than all of us combined and the hair combing and nail painting and lipstick application have reached ridiculous levels.

She is five, people. FIVE.

Our days are spent listening to her talk about clothes or Ellie yelling while Tess attempts to coerce her into an outfit of Tess’s choosing.

“Okay, fine then. You don’t want to be beautiful.” I cringe when I hear her talking like this. We don’t use that sort of language or guilt or even her tone of voice. She is a pint sized mean girl and I don’t have a clue how to change that.

We have talked repeatedly since this all began about the beauty of virtue and where true beauty lies. She looks at us like we’re crazy. We are praying for her and lavishing praise on her activities as opposed to her appearance. We can’t tell if it’s sinking in at all.

And her paci? She’s been without it since Ash Wednesday. Falling asleep has gotten easier, but she’s still craving it. We are praying that come Easter it will be a non issue. That’d be nice though I’m not sure if selling it for an increase in vanity is a fair trade.