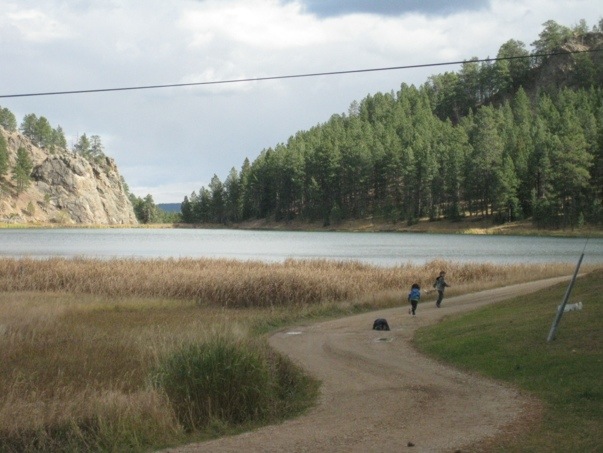 Lately, I have – no, WE have – been distracted. We’ve been busy rearranging the pieces of worry and anxiety and to-dos, Trying to get them to fit together. Anything or anyone who is not on the list of ‘things to get done,’ is in the way. This primarily means the kids.

Oh, how short I have been with them! Fr. Tyler was right in his warning to them that I would become increasingly impatient so “use it wisely.” I hate that. Not that he was right, but that it does seem that with each passing day, my fuse is trimmed shorter and shorter. THAT annoys me. In the moment it seems justified, THEN comes the clarity in the calm and I am remorseful and regretting. It makes for an exhausting cycle.

And an exhausted mama.

Yesterday was no different. Perhaps it was compounded by the rigors of getting to Mass and then getting through it, who knows. Really, they were fine, our children. They were the calm in the midst of the circus around us. But to me? Why couldn’t they sing when we sang? Why wouldn’t they keep their hands out of their pockets or stop asking me questions or just sit still on my ever shrinking lap? That walk up the aisle to The Eucharist where I herd the middles ahead of me and trip on them and remind them how to hold their hands? It was interminable. I was frazzled, for no good reason, by the final blessing. Then I realized we had 2 MORE HOURS of Generations of Faith to endure downstairs and mentally lost it. The kids wanted to go and greet friends in the pews, Jac wanted to convince families to come with us, Ellie wanted to go potty and I just wanted to escape.

But God is good. Even with my eyes turned firmly from Him, He calls me back and refocuses me. He always does. Yesterday it was in the stairwell of Cathedral.

There, on the same steps I mounted with my father on my wedding day – so full of hopes and plans for the future, THIS future – I heard God speak. I watched and dully listened to my happy crew bouncing down the stairs and wondered what we were doing and I heard the Lord say, “You are building their foundation.” It was deafening, causing everything to lose focus but the tops of the kiddo’s heads.

“YOU are building THEIR foundation.”

It was clear, in that moment, that this was all that mattered. The seemingly endless tasks of tying shoes and wiping bums and reminding,reminding, reminding was the important work. Of this is made memories and a base on which they will construct the rest of their lives. Their response to God, their level of preparedness, depends on this time. These days are hard and demanding and yet . . . Necessary. How I respond to MY call affects them, not just now but for ages.

All of that in just a second of two. And then, like the fast forwarding of a movie, I was back in the present, surrounded by their chaos and noise. But I was different and that’s what mattered.

At the moment, they are “burning down the house,” as Jac says, and normally this is where I wish for a drink and a place to hide. But I have building to do, so I’m off. Though a drink still sounds nice. . .