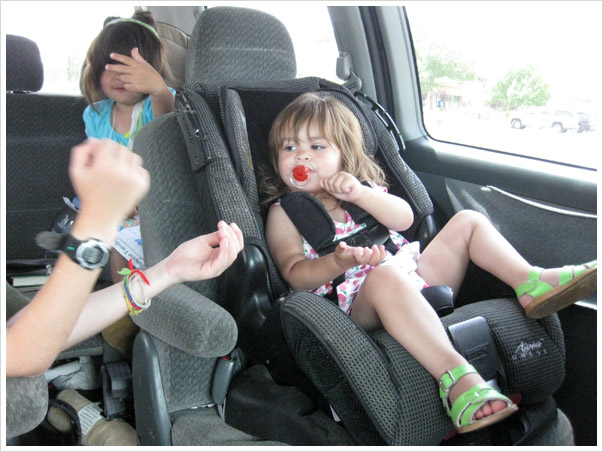 Having older siblings is the  best.  They teach you things like Rock-Paper-Scissors, funny words and can lift you on and off the potty when mom isn’t around.

They’re also good at passing on the puking sickness.

Now Ellie is sick. Just what we need the night before Seminarian photos and the Bishop coming to dinner.

I KNOW this is all because I had the fleeting thought Sunday afternoon, “Hmm. . . lucky us. We haven’t had the puking sickness in a while. . .” followed directly by me thinking I shouldn’t have thought that.  Today the same thing happened when I was bold enough to think that because no one else had gotten sick after Max we were out of the woods.

In this week of surprises and such, sometimes I wish I could play a game with the Lord and just say, “Rock! Pa-per! Sciiissors! 1-2-3 SHOW!” and he could show me what he has planned.  Wouldn’t that be great?!  I guess that’s what happens anyway, but instead of plans I understand, I get HIS plans.  And that, so they say, is far better.

Even better than an older sibling.