Some things I will never understand.

Take, for instance, how while we were watching ‘America: The Story of Us’ remembering the storming of Omaha beach, I was struck sick with fear and heartache. Meanwhile, Philip -timid, shy, easily frightened Philip- looked on with shining eyes, mesmerized.

“When I grow up I’m going to be a soldier. IF God calls me. And I know He will.” 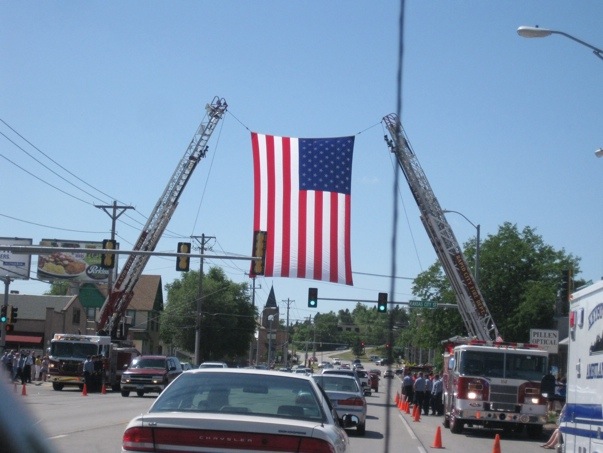 Saturday we attended a memorial procession for a Rapid City Police Officer who died in the line of duty. Only 28 years old, he was the first officer to perish on the job since 1916. (We live in a lovely city. Perhaps I don’t remember that often enough. . . ) While we stood waiting for the fallen officer to pass, we talked about the names “The Finest” and “The Bravest.” It was Philip who asked why the firemen were called “brave.” I asked if he thought it took courage to go into a burning building. Yes, he said. They had to be very brave, he thought. 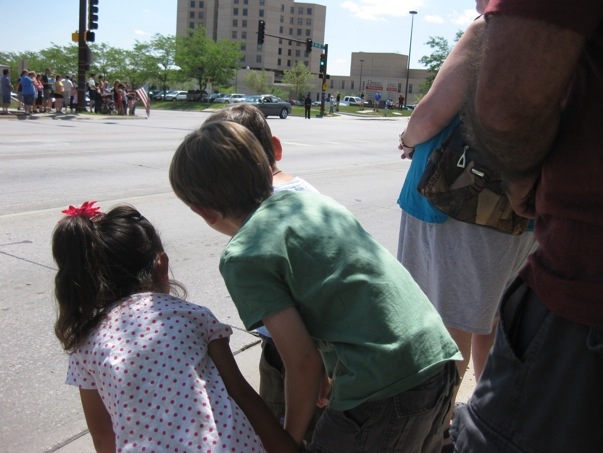 We watched the somber procession from the Cathedral parking lot. Crowds lined 5th street from the hospital all the way down to the Civic Center – over 2 miles – and blue ribbons fluttered from trees and fences. I was amazed by the silence of such a large gathering; the day was so still, it was if the city held it’s breath. An ambulance modestly draped in black bore the body of Officer McCandless in a flag draped coffin. Patrol cars from our Force and neighboring cities and states slowly followed behind with lights flashing, noises off. It was beautiful and wrenching all at once. 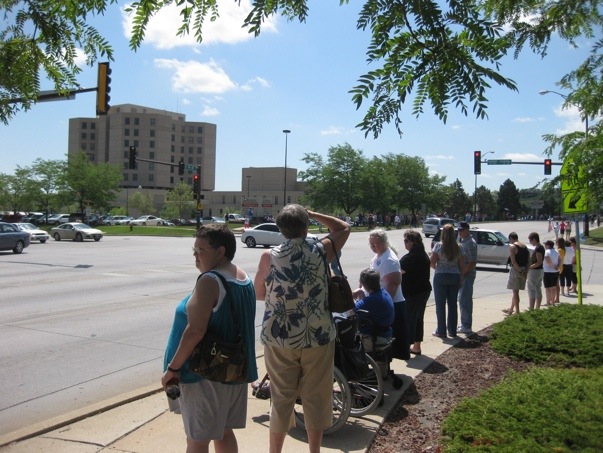 Later, after quaking with fear at being lifted up on a rock in the Needles, Philip announced that he would first be a soldier and THEN a fireman, if God let him. . . And they let him out of the Navy. I could have explained that he could be a firefighter IN the Navy and most days I would have, but I was so very tired and heartsore that I just couldn’t bear it. Instead I smiled a half smile and assured him it was a good idea, the same way I had when, upon hearing about Officer McCandless, the 2 other wounded officers and the gunman who had died, he said, “We should pray for them.” 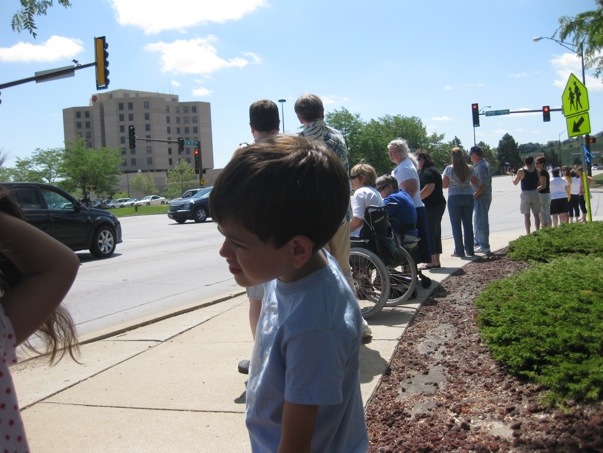 I can’t understand it, the call for greatness in a boys heart. But I can support it and even pray for it. Even when it’s hard.

I will never understand that, either.