There are entire volumes of Iron Creek/Trailer/Family lore that are held in the collective memory of the greater Crawford family.  People enter and exit the collection, but their stories remain.  Oh, so many stories. 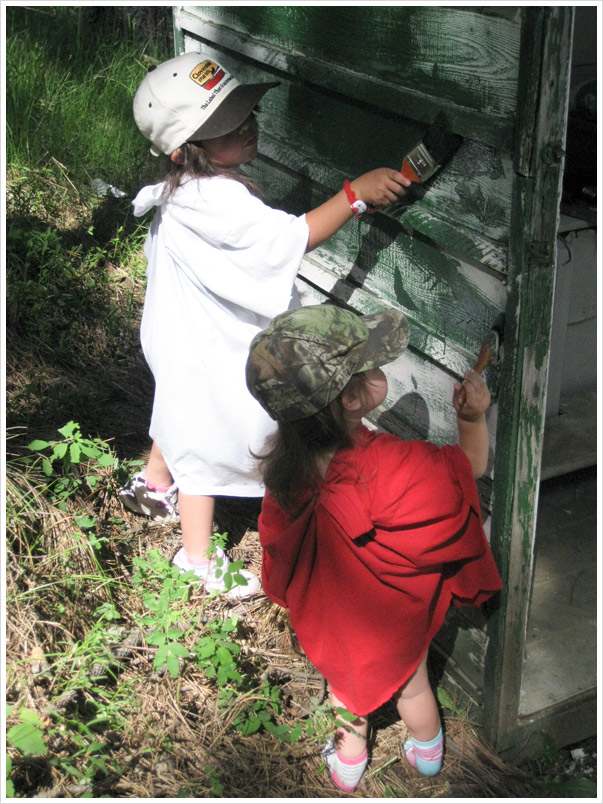 One such story goes a little something like this:  When I was a wee little mite of 2, my dear great-aunt Bonnie took me with her to the outhouse.  Or, more likely, I followed her there.  Anyway, she went in and I stayed out and when it came time for her to exit, she found I had locked her in.

Bonnie, an angel of a woman and no one will convince me otherwise, said sweetly, “Annie?  Did you lock the door?”

“Annie?  Can you UNLOCK the door?”

And that was where it was left.  I did not, in fact, unlock the door and wandered away, back to the raucous collection of cousins and such.  I left poor Bonnie to fend for herself amid the stench of the John.

Now, here is where the story gets fuzzy.  I clearly remember being told that she was there for MAYBE 10 minutes, tops.  But this year when I heard the tale being passed to Bonnie’s grand-daughters, it was claimed she suffered a full half hour.  What is one to believe?

At any rate, what I know is this: However long she was in there had to be some of the scariest moments of her life.  I know because IT HAPPENED TO ME.  I can hear Bonnie laughing in heaven at the irony.

First, my own wee little mite of a two-year-old mastered the wonders of the hook lock and trapped me inside.  But after some discussion that MAYBE took a minute, she had set me free.

The second (yes, I was locked in the outhouse twice. I know Bonnie laughed until she cried. . .) time was far more terrifying.  On one of the nights the kids and I stayed without Jac, I tucked kiddos into bed and helped mom stow everything away while rain began to fall.  The wind whipped and howled through the trees, lightening lit the edges of the hills and distant thunder grumbled ominously.  The storm was moving in fast so I grabbed the nearest flashlight, bid Mama Syd a good night and headed up to the “Green House.”  On the way my flashlight died.  Brave, mature woman that I am, I kept to the trail, marveling at the strength of the storm and thankful for good shelter.  But then, when I tried to leave the outhouse, the door resisted.  I tried again.  Nothing.  The fresh paint we had applied the day before made the hook sticky so I knew it was useless to try and bounce it out by shaking the door, but oh how I tried!  I took a deep breath (as deep as you can get when inhaling ammonia fumes), told myself not to panic and willed myself to see in the dark.  Because of the painting process, I knew the John had been swept clean of anything remotely helpful.  My pockets too, usually so full of odds and ends, were tragically empty.  No way to escape on my own was presented to me soo I did the only thing left: I yelled.

Then I pounded on the door and tried to make enough noise to be heard over the storm and yet not embarrass myself.  I mean, I wanted attention drawn to my plight but not to myself.  Do you understand?  I thought about the neighbors directly below and if they might hear my panic and be brave enough to check it out.  I thought of my children, snug in their beds and laughing with each other, who would fall asleep before they realized I hadn’t returned.  I thought about spending the night in the outhouse.  I thought of Bonnie.

I finally heard mom yelling back, her own voice laced with panic. I am sure she thought something truly tragic had befallen me.  When I meekly called that I was locked in, her relief overtook her and she, too, laughed until she cried.

Anyway, I was glad to be out, thanked the Lord for setting me free and added another tale to the canon at the Lake. 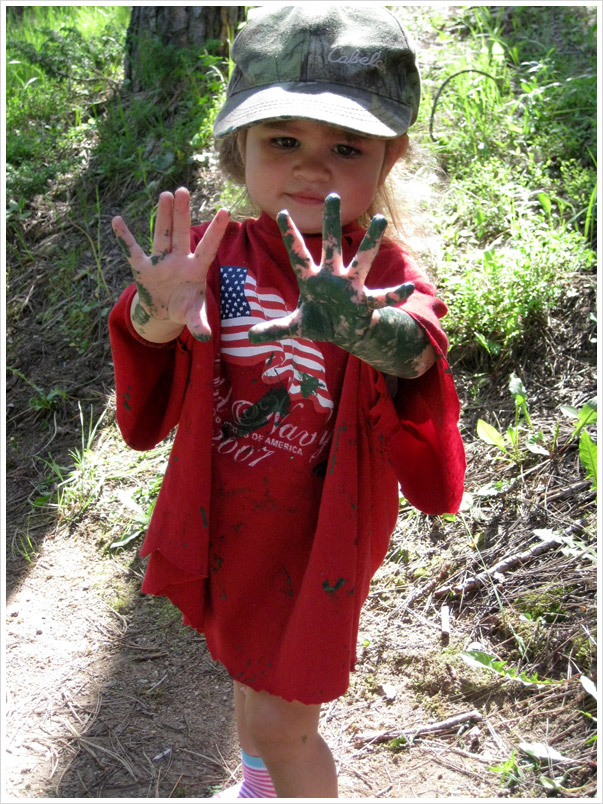