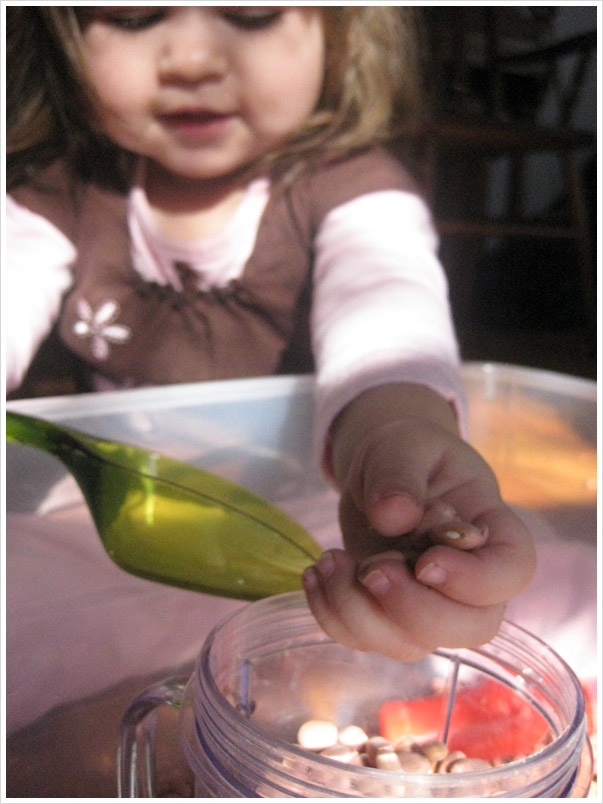 It’s time to make dinner but I’m on the computer instead.

Philip just changed into jammies for the 4 time today after me asking/telling/ordering him not to.  Repeatedly.  Love is about to go all Logic on that kid. . .

The dog is barking AGAIN.  I think she has cabin fever, too.

Today has been a battle of the wills with cleaning.  It is, after all, the beginning of the week after a very lazy weekend.  Things need to be set in order!  Surprisingly, Tess has been the helpful and compliant one while the boys have stormed and whined about the injustice of picking up their toys.

Then they went and dumped a load of water on their sister’s bed when they were supposed to be making beds.

Jac raises his eyebrows at me when I share things like this with him.  I know he is thinking, “And how did that happen?”  But I ask you, how can I have eyes on them ALLTHETIME?

Meanwhile, they have found straws and q-tips and have fashioned blow guns.

Can you picture it?

Philip just came down and announced, “Mom. I think I heard Ellie crying.  Actually, I KNOW I did.  I think she woke up when we were in there blowing ear picks at each other like, “BLEEEEWWW!”  Then he waits, balanced on one leg, squinting at me from one eye.

The Blue and Gold banquet is tomorrow and we are NO WHERE near ready.

I have more laundry than humanly possible and I spent a good deal of time yesterday folding and putting that stuff away.  What happened to the paring down we planned?

BUT, what counts is this:

We had a great weekend resting and recouping.

Jac cleaned up the lunch mess.

We have a house and dirty or not, it’s a comfort.

The kids are growing and have reached a place that they can choose their chores and follow through. There were days I never thought I’d live to see it.

Speaking of living, I found this blog today.  Beautiful, poignant, heart-breaking.  Then I realized they are originally from Rapid and I felt immediate kinship. Will you lift them up in prayer with me?  And while you’re at it, don’t forget to live so it counts.