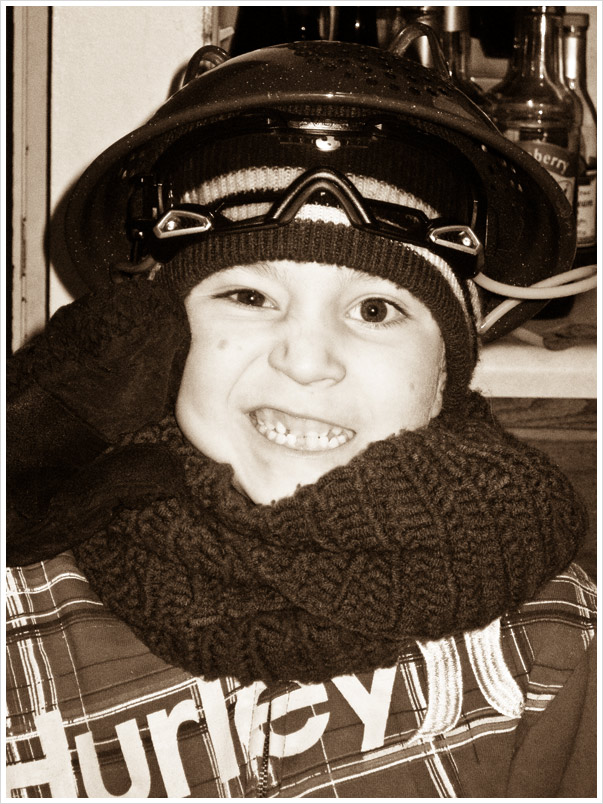 Do you remember that show? I think Bill Cosby hosted . . . I recall watching it as a, well, kid and not finding it all that funny.  Sure, the Coz could make some startled faces and that was always good for a chuckle but I think I just felt like the kids were being laughed AT and that, in my book, was no bueno.

What has us in stiches as of late –

Ellie LOVES the word “No.” Really, really loves it.  But recently she has become the most polite obstinate child I’ve ever met.  To any and all questions she responds,

Do you need to go potty? Would you like some yogurt? Can I carry you?

Tess is so very good at putting things into words in a way that makes complete sense.  While we were still in CA, she needed me and I came to her aid without a sweater over my white blouse.

“Mom! When you came to me I thought you were wearing a kitchen robe because you were all in white.”

Turns out she meant apron.  Apropos, no?

Anyway, I was getting her dressed the other morning and she was still a little sleepy.  That is until she announced with wide eyes,

“Mom! When I yawn my armpits rumble!”

Max is really into these books left over from our youth ministry days called “Would You Rather. . .” As it implies, it’s just page after page of choices – some ridiculous and some serious.

As we answered question after question this morning, Philip kept saying, “Ooooh . . . that’s a tough one.” which was rather funny to me.  I was impressed, however, with his answer to “Would you rather lie to a friend or be lied to?”  After his prerequisite “Hmm. . . that’s tough . . . ” he was quiet for a long time.  Finally he announced, “Be lied to.  Because we don’t want to lie – that’s no good. It’d be better to take a lie.” He IS picking up some morality!

By far the best response, though, was to the question “Would you rather be known for your looks or for your personality?”

“FOR MY LOOKS!” Philip and Tess hollered.  Then, Philip took time to think.

“Wait, what does that mean?”

Then quietly, “Yeah!” and with an arched eye brow at his brother, “AND I’m deadly.”

It was priceless. Wish you could’ve heard it.