Have I mentioned that we are learning about Lewis and Clark this fall?  We are.  No, it’s not really a part of state standards for second graders, but that’s the beauty of homeschooling.  Don’t tell anyone I said that . . .

Really, I have loved the story of the Corps for a very long time. Thank you, Mr. Arnold, for frothing at the mouth with excitement junior year and whetting my appetite.  So it made sense to me, during this semester of South Dakota history, to study two of the greatest explorers our nation has ever known.

The studying has been going in fits and starts around here.  The middle kids have not had their imaginations captured just yet and Max, while enthusiastic about journaling, is struggling to stay with it.  I can’t really blame them – the Corps moved at an aganizingly slooooooow pace.

Anyway, all of that is to give background for the following activity:

Did you know that jackrabbits can leap 21 feet (that’s 7 yards!) in a single bound?  We had no idea until we read about it in our studies.  Poor Merriweather Lewis was slightly freaked out about these amazingly far apart tracks he was finding along the Missouri River.  He so very badly wanted to send one of these rabbits back to Thomas Jefferson, but they were too quick.

When we read this, we wondered what 21 feet looks like exactly.  So we got out some tape and the tape measure and set to work.  Turns out it’s almost as long as our basement!

Then we wanted to know how far each of us could leap. 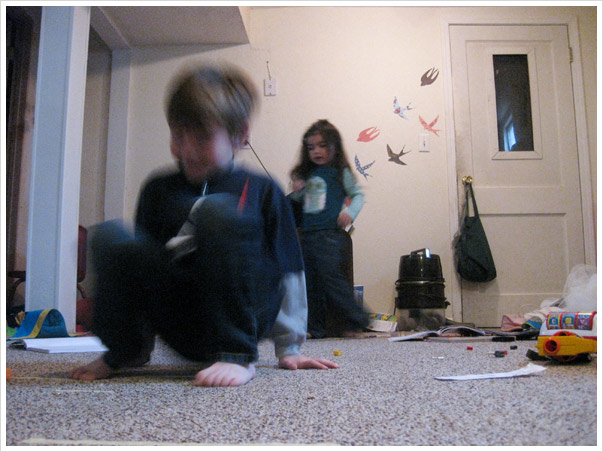 There were several practice tries and then we taped out the results and got to measuring. 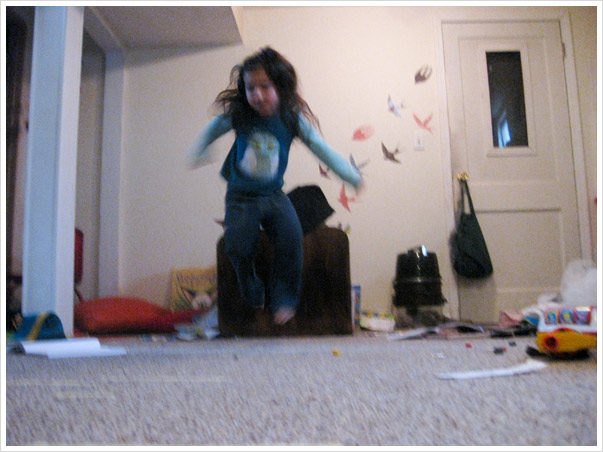 There was enough commotion to draw Jac out of his office and he was asked to leap for us.  He easily bested us all. 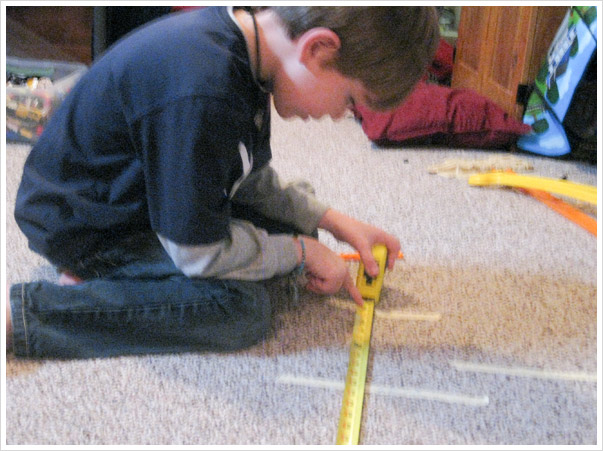 Then Fr. C. showed up and beat everyone. 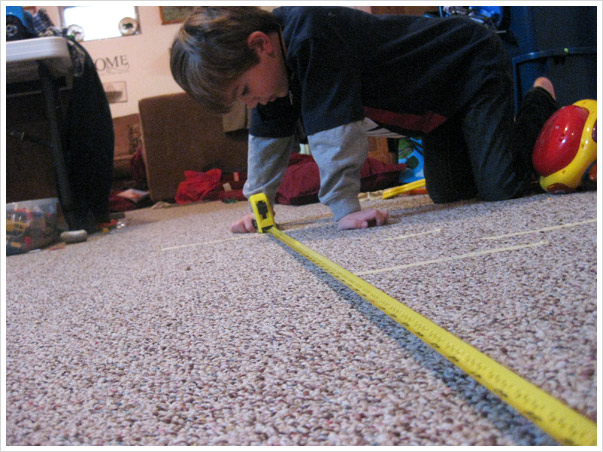 It didn’t keep the kiddos from trying the rest of the afternoon to beat his mark, though. 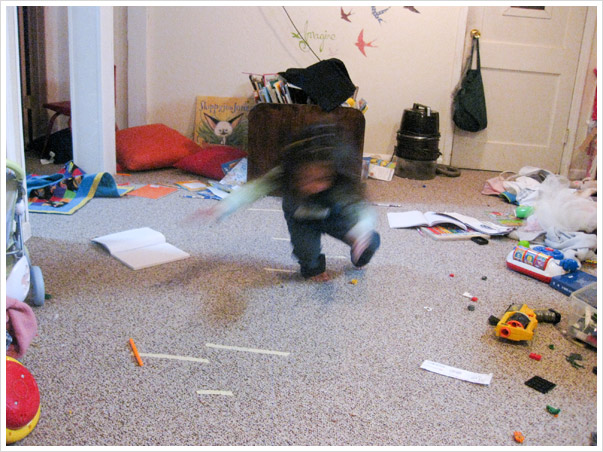 Even Ellie got in on the fun and tried so very hard to get her feet to leave the ground. It was so charming and she learned a new word in the process. 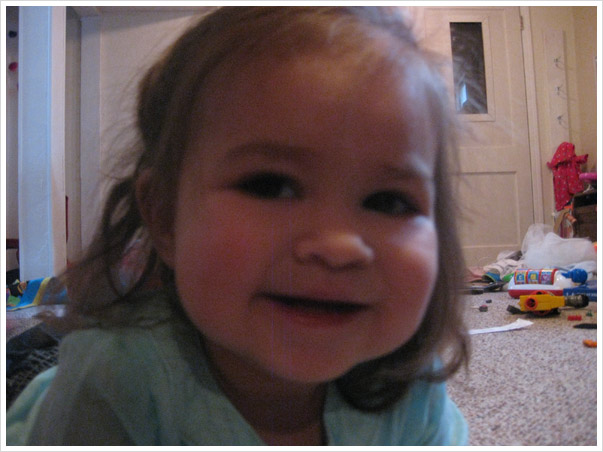