Remember how the Michelson was the highlight of the summer for Max last year?  Well, with Philip on his own two wheels, a Michelson ride was foremost in his mind.

He would not let us forget.

So it was that on a nice evening, we set out with Mama Syd to ride the Dumont to Rochford stretch.  By the time we arrived, all were in high gear and the sun was quickly setting.  Hurry, hurry, hurry! with the helmets and bikes and water.  Go, go, go! to the trail and away we went.

Philip, bless his little heart, rode his 12″ tire bike on seven full miles of the trail.  For each rotation of our tires, he was making 5 or so with his legs going full speed.  And we were still moving sloooooooooowly.  Really, I’m no Lance Armstrong, but I kept my brake on the entire time.

Mama Syd rode down to meet us and we had just an half of an hour to get off the trail and very little light left.  After some convincing, we got Philip off of his bike and onto the Alley Cat attached to mine.  Tess had been my co-pilot, back pedaling the whole way, but she was kind enough to move to the kiddie cart for her brother.  Meanwhile, Mama Syd attempted to lug Philip’s bike onto her handlebars.

We made it maybe 25 yards in this fashion.

Finally, we stopped and readjusted because Philip bailed off of the Alley Cat after screaming hysterically, “IWANTOFF! IDON’TLIKETHIS! STOOOOOOOOOP!” Turns out Philip’s a little bit of a controller.  He was petrified I would let him fall and that we weren’t balanced.  He couldn’t see (aside from my rear,) and he didn’t like my “wobble.”

“I can feel it wobbling!!  Stop it and hold still!” he hollered.

I guffawed.  “Seriously? You wobble when you ride you’re bike, too!” (It’s true.  He is the wobbliest kid EVER.)

Into the kiddie cart the tired boy went as did the little bike.  Tess rejoined me and off we went with ten minutes left for 3 miles.

We hauled!  It was dark and getting darker and while we had begun to get chilly halfway through the ride, it was downright cold.  After I told Tess that we would be warm once we got to the car, she figured out how to push forward and we were off.

It would have been the perfect end if not for the bugs.  Millions of them smacked our faces and chests and flew into our noses.  They got behind our glasses and into our eyes.  Jac later remarked “I must ride with my mouth open far more than I thought I did.  I think I swallowed 10 of ’em.”  Blech.

But we made it on time and did find a very warm truck waiting for us.

Philip was disappointed he didn’t make his 10 mile goal, but could finally rest easy knowing he had ridden the Michelson.  And we’ll be back next year with 1. A bigger bike 2. sweatshirts and 3. bug spray.  In that order. 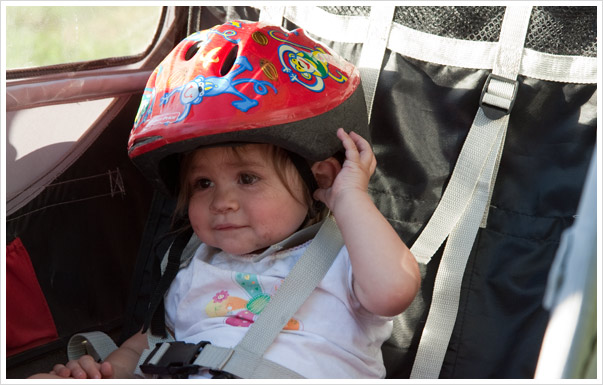 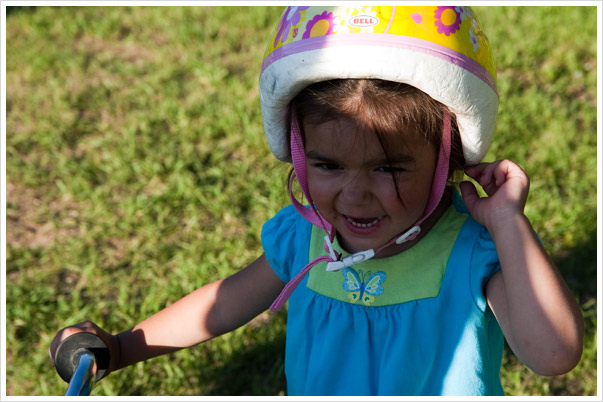 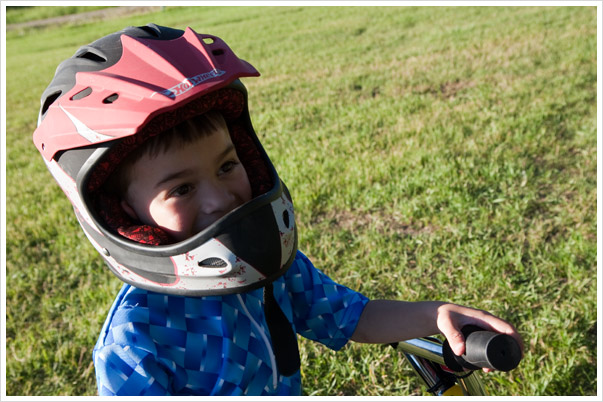 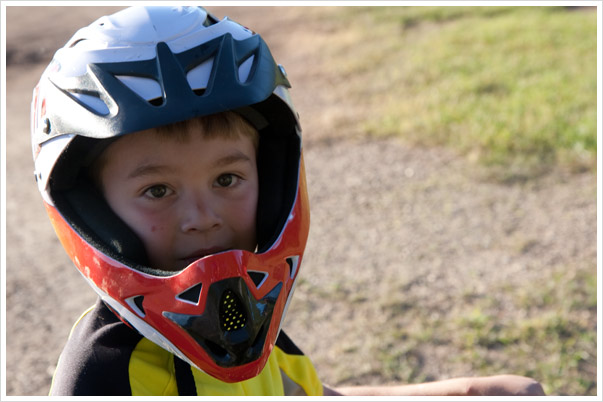 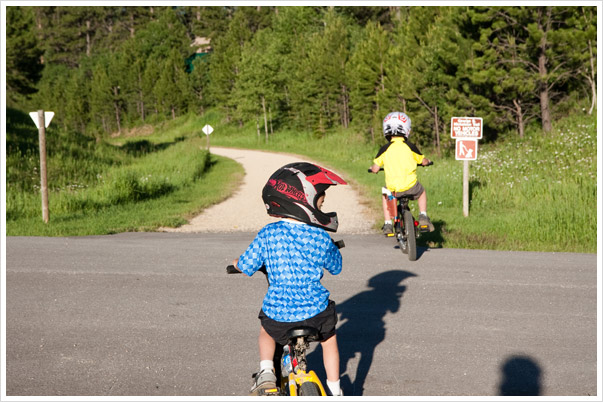 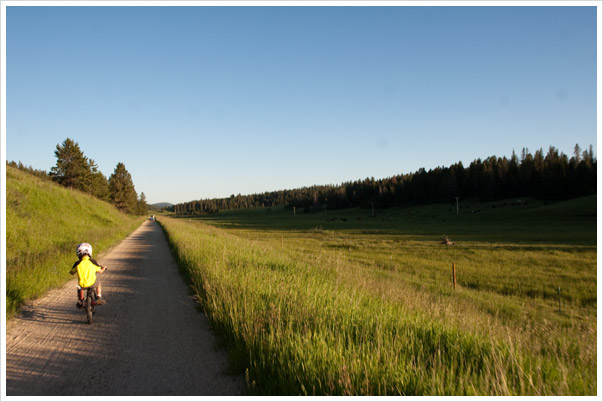