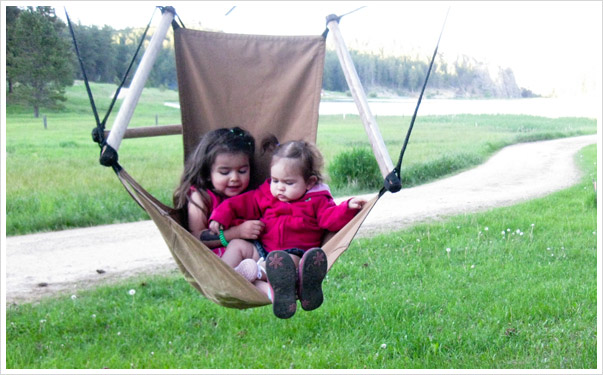 Ellie’s personality has blossomed these last few months.  Each time it happens with each child, I am surprised/amazed/taken aback.  Where did this person come from?

Perhaps not every child is this way.  I like to think that we are, ahem!, mercurial by nature.  It’s a tricky thing to be and deal with, to be sure, but in a toddler?  Yikes.  Anyway, maybe it’s just us, this sudden and abrupt change from sweet baby to something else entirely . . .

At family camp, Father C preached about his family.  He spoke of his sisters family and her daughter who has Spina Bifida.  Though I have met his sister and her family just once, hearing his homily felt like hearing about old friends.  We were in marriage prep with Father when his sister was pregnant with Megan.  We recieved updates about the pregnancy and prayer requests nearly every visit we had with him.

Anyway, his story was about how Carrie and her husband, upon finding out about Megan’s diagnosis, asked the family to pray for a patron.  Father got this call and headed to the chapel to pray.  Immediately an image of St. Therese came to mind.  He said he noted it and continued to pray but her name kept coming and coming, not letting him focus on anything else.  “Okay, St. Therese, I see you,” he said, “Now move out of the way for someone else!” But she didn’t and after a few more minutes, he realized that this was his answer and he left the chapel.  The next time he talked to his sister, he told her about his prayer.  “Who?” she asked.  (They are from Long Island so just imagine the accent . . . ) After he filled her in she said, “Uh, okaaaay.  Who else?”  “There is no one else.  St. Therese is the baby’s patron.”

My favorite part of the story is that father traveled home to baptize the baby.  On the morning of the baptism, he traveled in the car with his sister and as they pulled up to St. Francis church a construction crew was just leaving having moments before put the finishing touches on a brand new grotto dedicated to St. Therese.  Carrie began to cry and turned to her husband. “Go to the nearest florist and get roses for St. Therese (roses are her attribute, having promised that after her death she would let fall from heaven “a shower of roses).  Nice ones!”  “But the baptism!  We are going to be late!”  “My brother is the priest!  I think he will wait for St. Therese.”  And they did.

Father laughed while recounting the story.  “And wasn’t that just like St. Therese?  Stubborn in life and stubborn in glory, too.  Why wouldn’t she persist in making her patronage known?’

But what about the “other” things?  I KNOW, having named four kiddos now, that their names fit them.  Is it possible that  their patrons have chosen them as well? I am thinking so.

This brings me great comfort in so many ways.  But with Ellie’s personality blooming and navigating the waters that are Tess, it has refreshed my spirit anew.  Why am I surprised by Tess’ persistence or stubbornness when we know – from her own writings and self admission! – that St. Therese, her name sake, was all of that and more.  She would not take no for an answer, was impetuous and bold and was always hungry for the Lord’s attention.  Sooooooo Tess!  And Ellie?  Well, she’s something else, too.  Susan describes it as demanding and I think it is the perfect adjective for her.  And why shouldn’t it be?  St. Catherine, her first namesake, was said to “lay siege to heaven.”  She would not leave pray, demanding from God her desires, until she was answered satisfactorily.  As a young woman, she badgered the pope, harassing him by letters and finally a visit in Avignon until he returned, at great risk to his bodily self, to Rome where he belonged.  And when, at 14, her parents insisted she marry someone against her will, she cut off all of her hair in silent defiance.  Lord!  Give me strength!  Ellie has shown an iron will, looking intently into your eyes to force you into agreement.  She is the youngest to throw a tantrum, already having mastered how to go rigid, stomp her feet and throw herself back all while screaming.

This has made Jac and I grow weak in the knees.  Each child has their own rhythm, but there is something about our girls that freezes us.  Maybe we assume they should be sweet and docile with their cherubic faces?  Whatever it is, we have ground our teeth in great frustration and come closes to pulling out our hair (and sometimes theirs!) as this summer has progressed.

However, after Father’s homily, we looked on our little ladies anew.  And now,, while it can still be grating, it is easier for me to see a saint in the making than an handful of mischief.  After all, what is fortitude but stubbornness unrefined?

Remind me of this during the next fit one of them throws. . .

St. Catherine and St. Therese – pray for us!