Early, early, early this summer, I got a wild hare  (Is it ‘hare’ or ‘hair’?  It’s one of those things my mom says . . . ) after seeing a blog post about dying fabric.  I can’t remember now exactly where it was, but they used dandelions to add color to their cloth.  Brilliant!  We had an abundant crop in the yard (thank you children for blowing seeds so vigorously!) and needed to get rid of them.  Perfect! 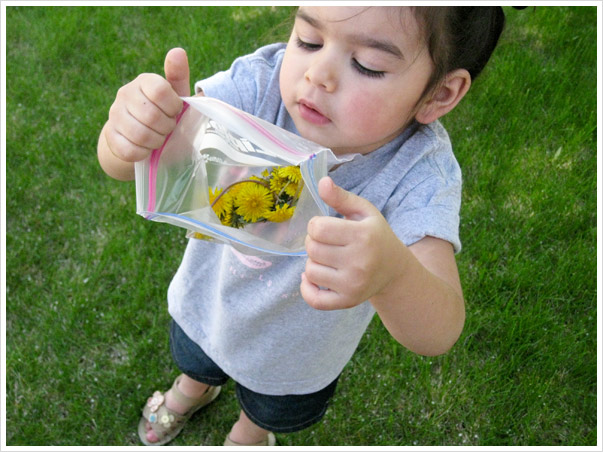 And picked . . . we needed 3 full quart size baggies.  Turns out it takes a lot of dandelions to make a quart. Good thing our yard was filled! 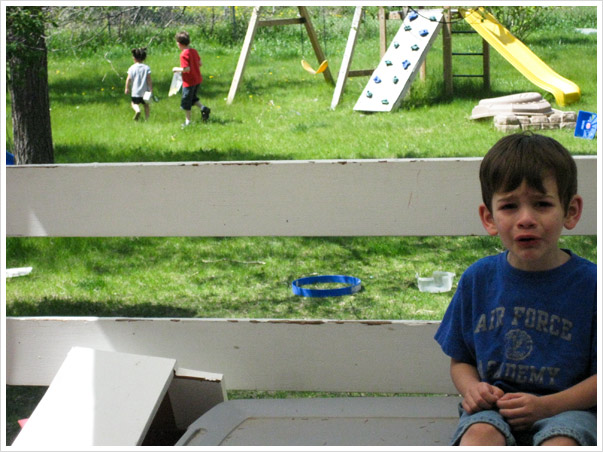 And picked some more.  As you can see, some of us weren’t to keen about the “more” part.  “Nooooo!  It takes to loooooooong.” To which I replied, “It does if you cry!” It’s another thing my mom says.  Not to me anymore, though.  Thank goodness.

When we had collected enough, we dumped them in the big canning pot and added a little lemon for good measure. (By the by, isn’t this a lovely photo of Tess?  I’m keeping it in my mind for the next time she does something ridiculous.) 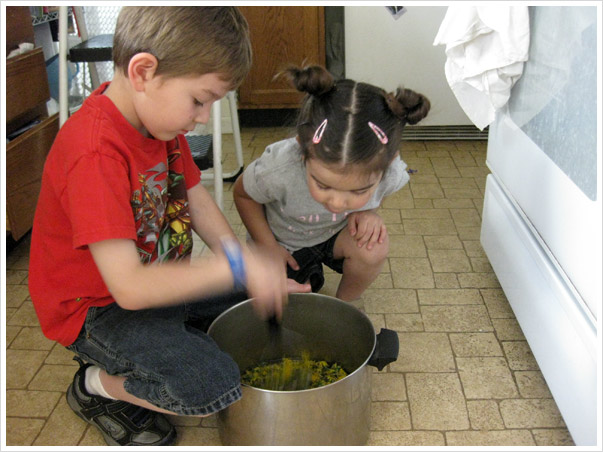 Finally, we added some water and boiled it all up.  Boiling dandelions is not a fun smell.  Not even close.  But the colors we would have!  It kept us going.

To the pot we added a $.50 sheet I had found at Salvation Army.  I had washed it before but it still gave Jac the heebie-jeebies.  That’s why we made him stay in his office and work.  And don’t you forget it, buddy!

After boiling for a stretch, we took the whole kit-n-kaboodle (another momism!) down to the laundry room to sit it out for a spell.

After a day, we rinsed out our sheet and then washed and dried it.  I know it looks white still, but it really is the softest palest greeny-yellow.  See Philip’s smile?  That’s him impressed with the subtlety of the color.  And it takes A LOT to impress that guy.

I had promised the kids they could make their very own jammies, so it was on to making patterns, cutting things and time at the sewing machine. 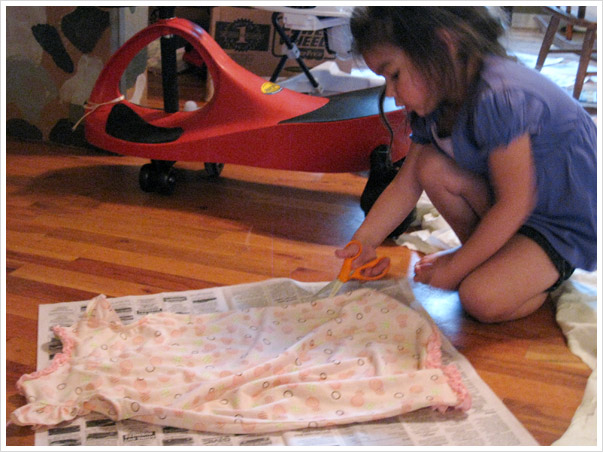 It wasn’t as tricky as it sounds and the boys especially loved the power of the sewing machine.

So, after a few tears, 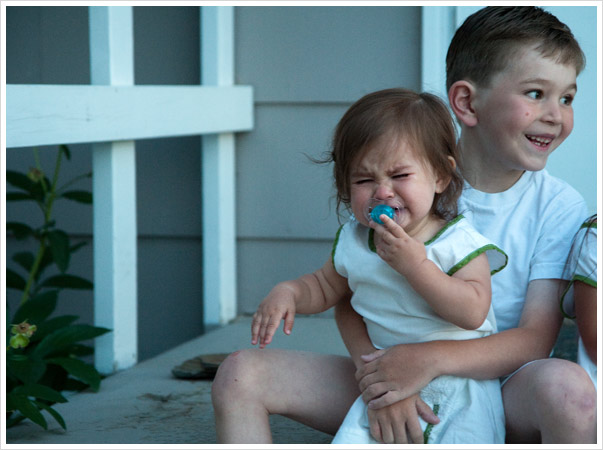 and some goofing around, 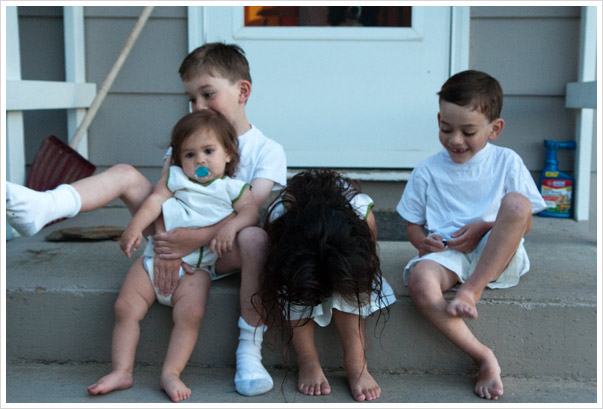 we were finally done. 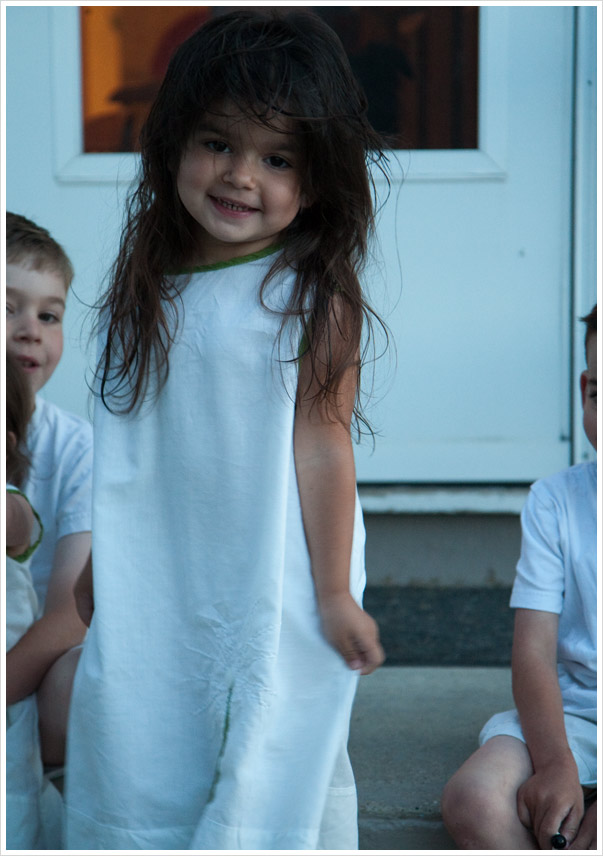 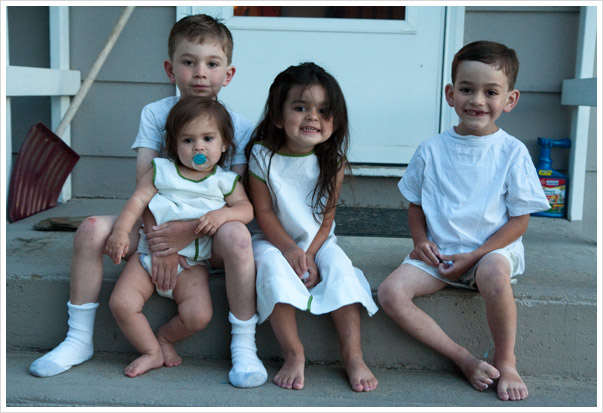