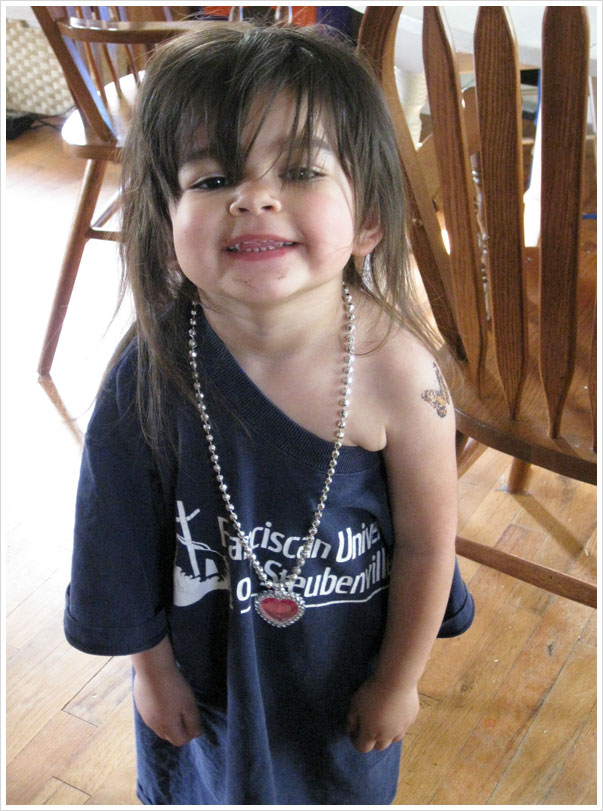 As always, things around here are eventful. But at this very moment, here’s what’s happening.

-We are big fans of jokes and riddles.  Max especially relishes asking and telling them right now.  Some of our faves include:

What do Storm clouds wear under their clothes?  Thunderwear!

What do you call seagulls that fly over the bay?  Bagels.

Philip likes to clarify each punchline for us.  “It’s not really Thunderwear.  It’s supposed to be underwear. Get it?”

-Philip’s  interested in writing,  drawing and coloring.  He has a favorite, self-named color: Barbeque Chips.  It’s true.  The brown really is the same color as chips.

– The drink of choice these days is “Gingerella.”  If you are not in the know or don’t spend much time with Tess, that’s Ginger Ale for a princess.  Really, she has no idea that it should be any different.  I especially like her pronunciation which sounds like this: “Gin-guh-ella.” Nice.

– Ellie is choosing to be coy about walking but this morning she stood up ALL BY HERSELF.  The kids and I were  witnesses to the feat and the whooping and hollering that followed . . . !!!  We tried to convince her to do it again, but no dice.  So for now, she’s still on all fours, but I’m sure she’ll be up on her feet soon.  The change could come at any moment.