There are a lot of things my boys have taught me.

For instance, never assume boys will NOT do the dangerous thing.  It always happens without fail that you can see their wheels turning and they jump off the roof/hang from their ceiling fan/scale the bookcase before your synapses can fire to tell them not to do it.

Boys don’t naturally come by things like manners and tactfulness and delicacy.  Jac would say that’s because they’re BOYS and really, therein lies the problem.  They are boys and I am not. I don’t “get” so much of what they do and do not do.  I feel blindfolded and handcuffed most of the time (I just feel that way.  I am only really blindfolded and handcuffed by my sons like 5% of the time.  You have to be quick around here!), awkwardly stumbling around trying to figure them out.

Enter Max’s 7th Extravaganza.  We hemmed and hawed over what to do and how to celebrate.  What movie to watch?  What theme to develop?

We finally settled on superheros literally hours before sunrise on his birthday.  Great!  Now what?  Because, God bless her, there were just a few things my mother did not abide by in our house growing up.  Barbies, Beatles Music and Comic books were just a few items that were labeled as “from the devil.”  Since leaving the homw of my parents, I have learned that the Beatles were borderline brilliant and Barbie IS from the devil.  But Comic books? Well . . . don’t weirdos read them?

So you see, I was utterly at a loss for what to do for my discerning and demanding son.  It had to be cool yet age appropriate.  Sophisticated yet fun.  Let me tell you it seemed impossible then doable.

This is what we did:

Whipped up a cape fast like a bunny for the birthday boy.  super heroes don’t wear birthday hats after all.

Purchased masks to protect the secret identity of the birthday boy and his party guests.

Made a difficult treasure hunt for the presents so he had to use all of his super powers.

Decorated the Extravaganza with skyline cutouts, images of super heroes and comic-style word bubbles.  At least, that’s what I attempted to do. . .

In reflection, Max had a great day, and that’s super enough for me. But I do wish I’d have some more lead time to learn about things in the future.  Really, Star Wars and Superheroes have such a steep learning curve.  Next year I’m lobbying for knights or cowboys or vikings.  Something generalized and without rules and special languages.

*It should be noted that because of my mom’s list of taboo subjects/items I am a healthy person.  Thanks mom!

** Uncle Neil: I foresee visits to ComiCon as a possibility in the future.  1,2,3 – NOT IT!  Ha, ha!  You have to take them! And, it DOES make things a little weird between us knowing that I grew up thinking that two things you love best are from the devil.  I don’t hold it against you, though. 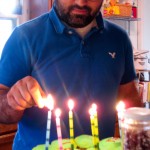 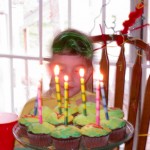 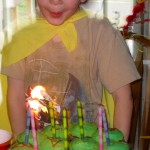 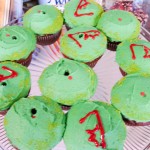 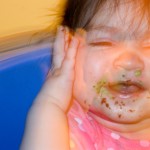 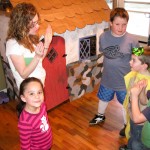 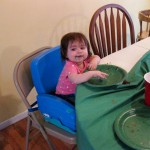 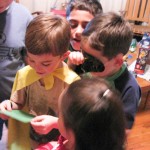 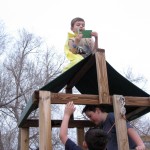 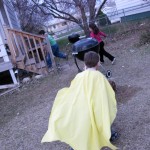 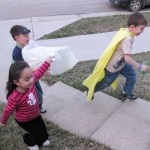 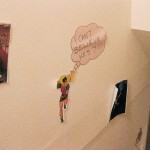 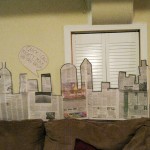