Montage Monday On the Path to Eagle

I know it’s not Monday.

However, this is the only place where I can have “do-overs.”  Where, if I so choose, I can say “I want this to look as if I posted this on Monday even though it’s Thursday.”  It does my little perfectionist heart good.

So, there you have it.  Take a moment and pretent it’s Monday.  Then, when you’re done, realize that it’s Thursday and you only have one more day until the weekend.  The high you’ll get . . . well, you can thank me later.

This weekend I realized that Max is growing up.  When I related this to my mom, she replied, “That’s been the case for quite some time now . . . ”

It is just that I don’t always see it.  Expect it, yes.  Even demand it sometimes (but not in a “No More Wire Hangers!” sort of way, mind you).  But Saturday it hit home.

After a late night of video games (Lord have mercy!  It’s an addiction! More on that later . . . ), I went in to rouse the chitlins out of their cozy nests.  I was met with grumbles and groans and snores (from Philip).  That is until I asked Max if he was ready to be a cub scout.

“Yes!!!!” he shouted and he was up and out of his jammies before I could blink.

And then it happened.  I handed him a scout shirt and in that split second he became a boy.  Not a little kid, not a first grader but a boy.  Carefully I rolled his neckerchief and as I put it over his shoulders, I saw a flash of the same scene years down the road when I would put the blue Eagle scarf on the shoulders of a young man.

Suddenly my throat was tight and I found myself welling. 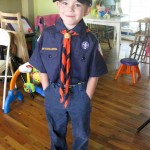 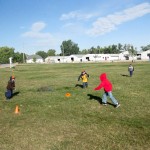 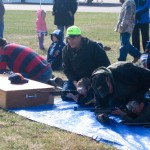 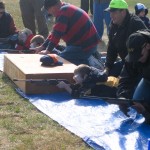 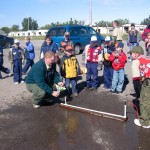 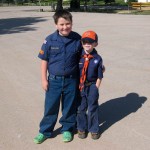