I don’t know how it happened, so don’t ask.  I have an inkling it was her brothers, but no matter.  It happened and that is that.

Tess had a Princess Party birthday.

What a lot of pink and purple.  It was, as my Papa Bill would say, a “Pinkle” affair.

And you know what?  I preferred it to trying to make loveliness out of baseballs or green or Yoda.  Maybe because, to me (and quite obviously, Tess), pink is pretty lovely on it’s own.  Just don’t tell the boys.

Anyway, two days of celebrating kicked off with a party with grandma and grandpa and “The Cousins.”  I made cake pops this time around and used grandpa’s concord grapes to make grape sorbet – the perfect hue for the princess.  So tasty.

Her actual birthday dawned bright and beautiful, even though all children of the Daniel house have colds.  And if you’re sick, where should you go?  In public!  Yay!  Off to pottery to paint it was!

After nap, it was time for the extravaganza to commence.  A pink table, Susan as guest, pizza and pop?  What more could she ask for?

But of course.  Off they were sent on their treasure hunt and where were they this year? On the potty!  I got to use the words “poop” and “pee” in a treasure hunt clue . . . I can die happy now.

Once the presents were opened and princess dress donned, we were ushered downstairs for a viewing of Sleeping Beauty.  There were only a few tears about the prince being attacked by the dragon and worry over him losing his sword.  More importantly, I was concerned about 1. the Princess finding her prince at 16 and 2. They know each other for 30 seconds and they’re dancing and snuggling and canoodling?  Lord have mercy.

When it came time to go to bed, the princess with the purple fingernails (shade: Virtuous Violet), didn’t want to take off her dress.

“Can I wear it again tomorrow?”

And the next day. And the day after that?  And that? 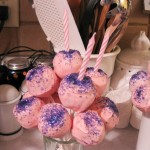 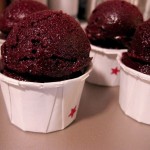 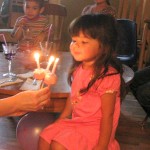 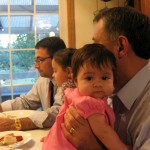 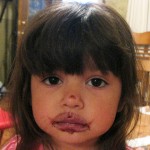 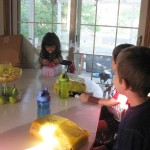 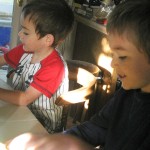 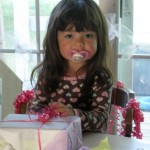 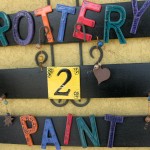 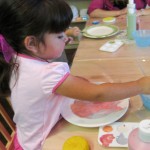 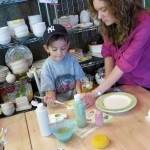 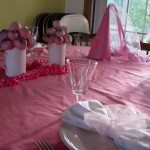 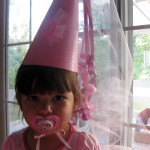 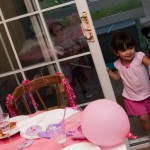 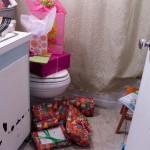 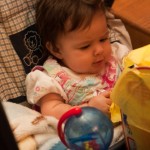 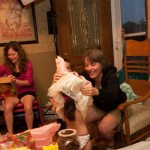 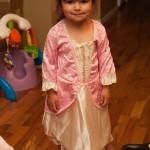 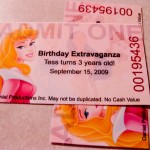