Are you sick of Montage week yet?  C’mon, be honest!  ‘Cause, truth be told, I kinda am.  Or maybe I’m just sick of the thought of today, tomorrow and then Monday AGAIN being collections of pictures.  Either way, there are pictures to be loaded that you and I must view.

It heartens me knowing we’re in this together.

Waaaaaaay back in May, the air force base (yes, we live close to a base.  Or they live close to us.  Whichever it is, we see a lot of jets overhead and camo in the mall.  Fun, fun, fun!) held a hootenanny.  An aside – don’t you just love that word?  Hootenanny?  I use it all the time and now the kids employ it, too.  I love contagious vocabulary!  As I was saying, the base had a HUGE airshow.  All day long, all weekend long.  FOR FREE!!!!  We waited for it with much anticipation and when Elizabeth and Marianne Hofer offered to accompany us, we were ecstatic.  It looked to be a darn-near perfect day.

And it was.  Well, aside from the scorching heat, crazy wind and sunburns that is.  But that wasn’t the base’s or my children’s fault, so what can you do?

The Hofer girls were freshly back from attending Michael’s graduation at the Air Force Accademy.  They regaled us with stories about how, at the moment the class was presented, the Thunderbirds flew over the amphitheater.  It was thrilling!  Inspiring!  Breathtaking!  Just wait and see, they promised.

We DID see.  As they performed their loops and tricks and “knife edge pass,” we oohed and awed with the thousands gathered with us.  Something about it all caught in my throat and I blinked at tears.  Really, it was so powerful.

Perhaps the most surprising result of our trip was the new perspective I had for our city.  “Rapid City, my city!” Jac is fond of saying.  But really?  I grew up calling it “Rancid.”  I mean, I like it and all, but . . . We know so many people who were stationed at the Air Force base and chose to stay, the much beloved Fr. Christensen among them.  The base is away from the hills, on the edge of the parched prairie and I never quuite understood how people could become so enamored with the area from there.  However, at the air show I saw it.  Gray clouds shadowed the black mountains and between us and them, the sun caressed rolling green hills.  Elizabeth and I stood dumbstruck – even more dumbstruck than we had been with the Thunderbirds.  Then she summed up the view, the performance, the day: 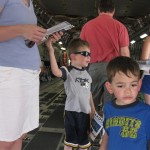 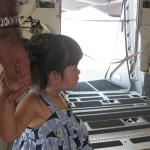 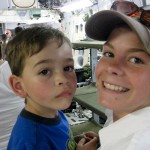 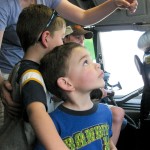 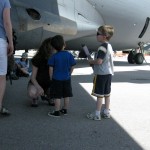 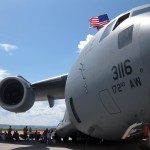 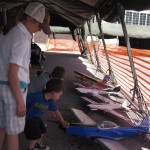 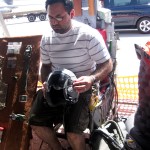 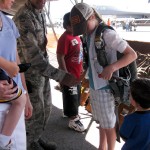 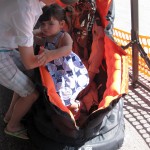 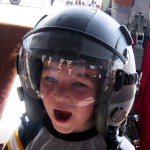 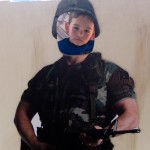 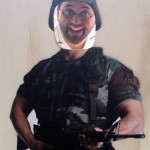 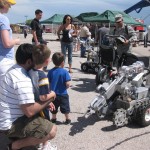 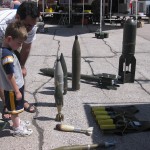 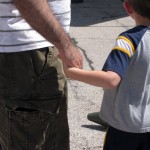 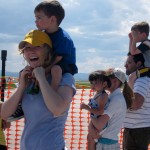 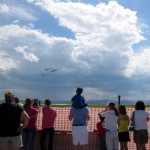 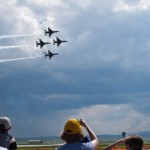 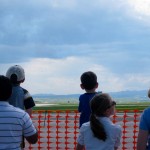