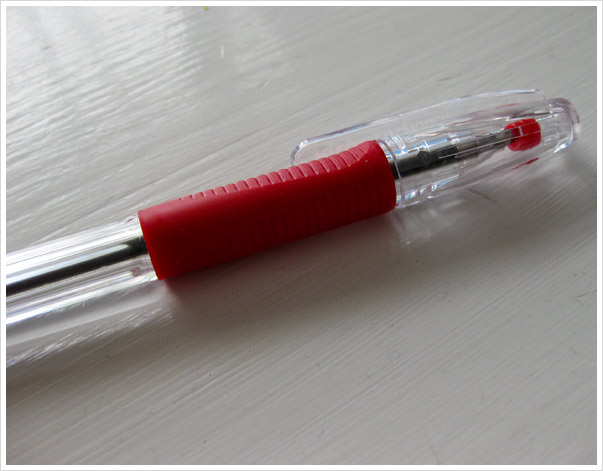 As far back as I can remember, I have wanted to be a teacher.  And almost as soon as I had made up my mind about that “career” path, I started playing “school.”

I must have been in good company because all my friends were doing it, too.  We played other stuff, too, mind you:  at the Larson’s it was dress up in Aunt Melba’s (for real!) couture hand-me-downs.  With Trish it was house.  If you came to my pad, I probably forced you to marry someone so I could be the wedding planner.  And with Jenny B. it was school.  Always school at the Brubaker residence.

But school was cool, especially at Jenny’s because she had the STUFF.  Again, each of us had our own collection of assorted teacher-like things, but Jenny’s gear took the cake.  Stamps!  Memo pads! Highlighters! Erasers that worked!  Man, it was sweet.  How I coveted her created classroom!

What made it all the better (or worse, depending on our given moods/alliances/jealousies) was that Jenny was like a real teacher.  She had the moves down.  Her voice and mannerisms all bespoke a 4 year degree and credential program when we were in 3rd grade.  So impressive.  Heck, when I played school, I didn’t even try to emulate any of my beloved teachers, I just tried to be like Jenny.

But the piece de resistance was her collection of red pens.  Everyone knows you can’t be a teacher without a red pen.  It’s absolutely crucial for commanding respect as a fake educator.  How else will you circle wrong answers or scrawl “Super!” in your best teacher cursive?

And Jenny’s . . . !  Her’s were the best.  Instead of being swiped from her mother’s desk or found in the junk drawer, hers were given for the sole purpose of being her “teacher” pens.  They wrote smoothly, had their caps and were without teeth marks.

As we prepared for the start of a new school year, I looked around the house and despaired.  My “classroom” wasn’t cool enough.  My lesson plans (ha!) were a joke.  Discipline and order were sorely lacking.  How was I going to pull this off?  It was then I remembered the red pens.

I thought of the power and calm and control I felt while wielding them as a girl.  They had made me aspire to be a person worthy of their bold ink and all that it could do.  It made my heart quicken at the thought.

So I promptly went out and purchased 3 of the finest red pens (our) money can buy.  They write smooth, have their caps and don’t have teeth marks.  Yet.

Even though I have no need to use them – in fact, when I drew a star on one of Max’s exercises, he asked, “Why’d you do that?” *Sigh.* – they still make me feel good.  Like I have arrived.

I hope whatever pens Jenny’s using now do the same for her.