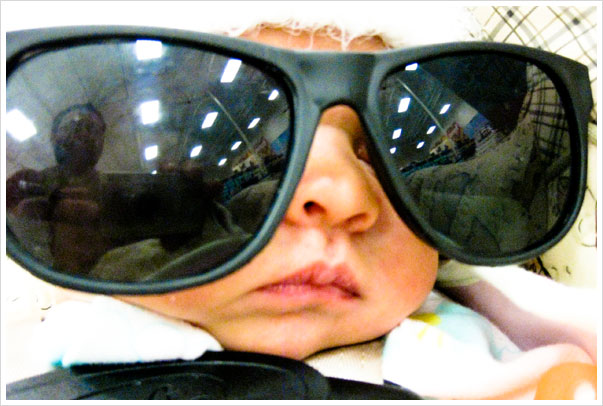 My future's so bright, I gotta wear sunglasses at night

We think Ellie is pretty exceptional.  In fact, we’ve taken to calling her Miss Awesome.

I mean, for goodness sake, she’s stinkin’ beautiful, she growls more than she cries, she’s super alert, a great eater and she sleeps pretty well, too.

But today, well today she took the awesomeness to a whole new level.

You could chalk this up to my sleep deprivation, halucinations or the crazy talking, but I swear it’s true.  Her God-mother will vouch for it, too.

Bless that woman.  She’s been frequenting the house and bringing her joy with her – spreading it around like a magic dust.  We can’t get enough of it.

Anyway, tonight, she chatted Ellie up.  They talked of many things – Elizabeth is brilliant; it’s one of the many reasons we chose her to be God-mother. 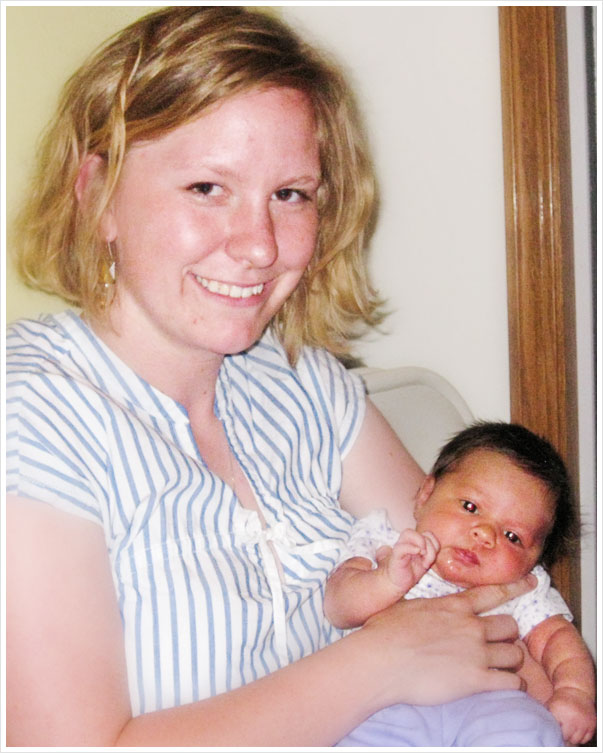 “Did you just smile at me?!?”  Elizabeth was a little stunned.

At this point Jac’s feelings were a little hurt because, try as he may to get a reaction from this daughter,  the only thing he gets is a concerned frown and suspicious eyes.

I know that will change.

I also know that the possibility that she’s just making faces and passing gas is very high.  But I like to believe she’s exceptional.  And because I’m the mom, I can do that.