A Galaxy Far, Far Away

That’s where I was wishing I was today, what with MAX’S BIRTHDAY PARTY and LABOR PROGRESSING.  Sounds like fun, huh?

Here’s the deal – I pleaded with Jac to move the party until the first week of May.  I told him I couldn’t handle planning a party and having to move it because I KNEW that if we scheduled an extravaganza, the baby would choose to come that day.  So I was not surprised when I was awakened at 6:30 with crazy contractions.  When Jac woke at 8:30, he saw the seriousness and began to sweat.  His mom was called, the kids were picked up and we still prepped for the party.  The only thing that made me nervous was my extreme calm – I knew something was a brewin’.

While I contracted I put together this monstrousity.  It looks better if you squint your eyes and shake your head while viewing it.  Trust me. 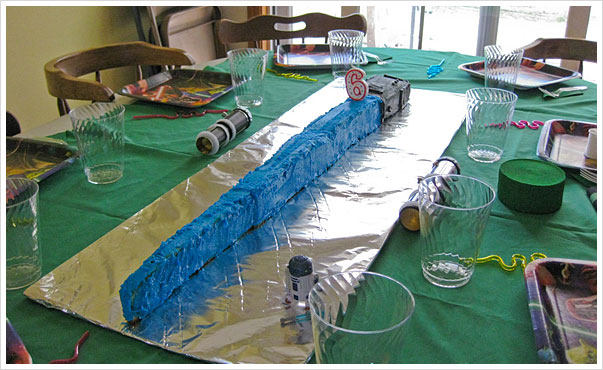 I think it deserves a nomination for Mother of the Year.  Jac said he would totally vote for me.

Guests arrived and THANKS BE TO GOD, it was a lovely day and we could shoo them outside.  We played some Jedi training games (“Guess that sound!” “Droid, droid, who has the droid?” “Mystery item grab”) and Jac ran them through an obstacle course.  Then Max got the mother-of-all-bloody-noses because, you know, it’s not a party until someone bleeds.  Soon after it was onto cake and Yoda Soda! 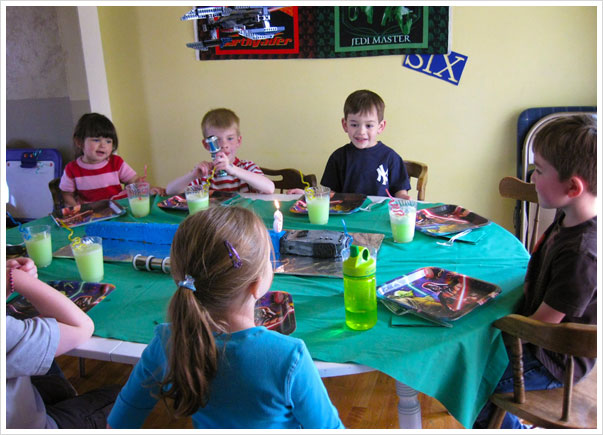 Not much cake was consumed, however, because all were too concerned with the pinata.  Those young Jedi’s couldn’t wait for a chance to give Darth a whack. 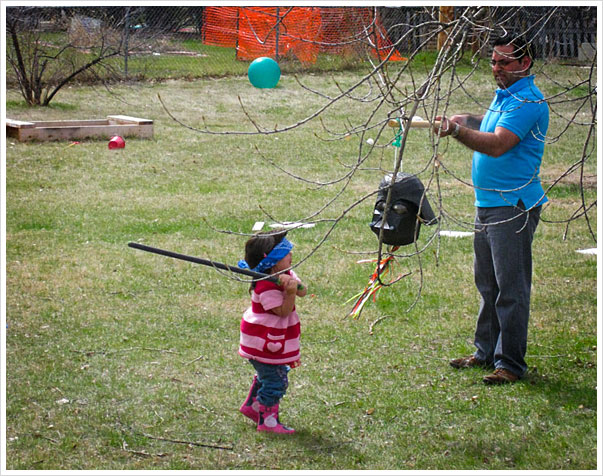 At least Max got a chance to take a swing at his nemesis before his sister TOTALLY DESTROYED the thing while blindfolded.  Impressive, huh? 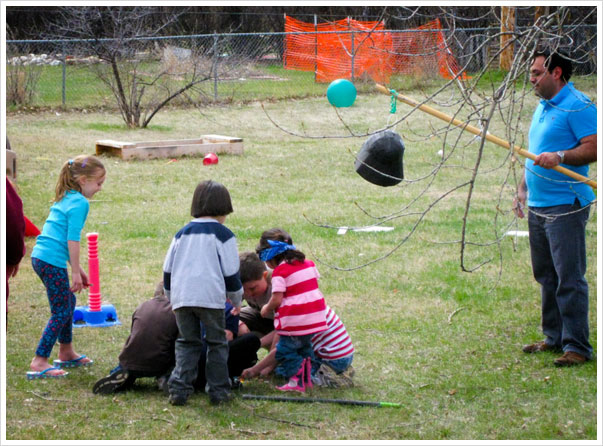 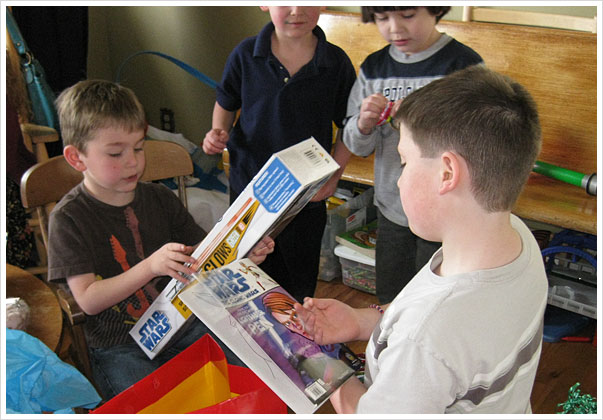 Then we got even by giving the guests their own light sabers to take home. 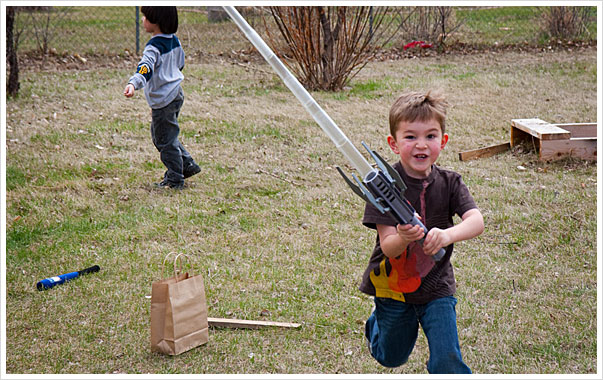 At any rate, Max had a great time, no one else bled and, as of 11:18 pm, there is still no baby.  Jac says the more time we have the better.  But he is currently looking up “acupressure to induce labor.” 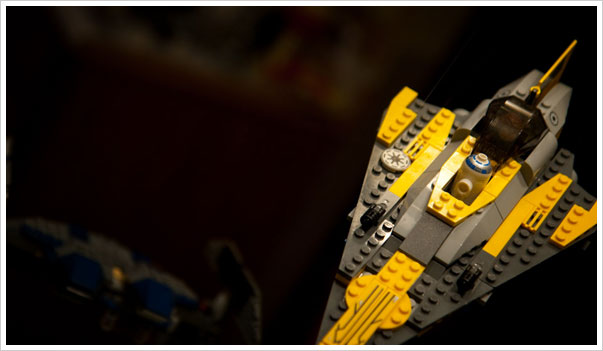