A Head above the Rest

Riding on people’s shoulders is a pretty big deal around here. Maybe it’s a big deal for all little folks, but it seems to be the “thing” for the moment. And because I’m 1. Weak 2. Pregnant and can’t give rides on my shoulders, I am useless in my children’s eyes. It’s true. Just ask them.
Anyway, Philip asked to ride on Dad’s shoulder’s. Permission was granted which sparked envy in the hearts of the other two. This was escalating (Jac and Philip had long since taken off leaving me with the embittered – and LOUD – Max and Tess) until Tess said, “I ride yo soh-duhs, Mac!” To which he replied, giggling, “Okay!”
This is the result: 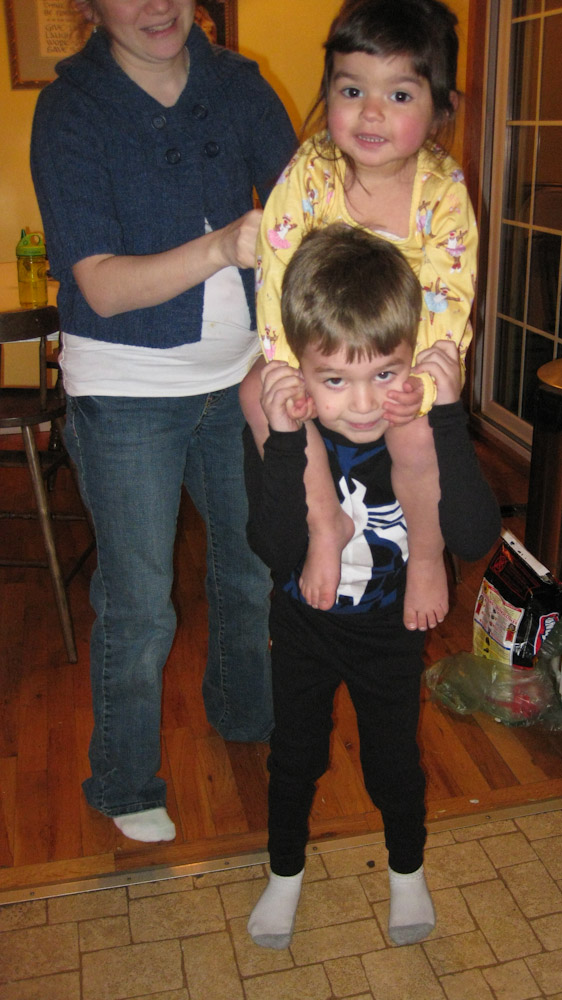