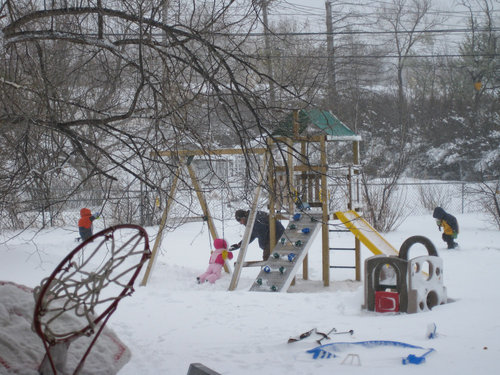 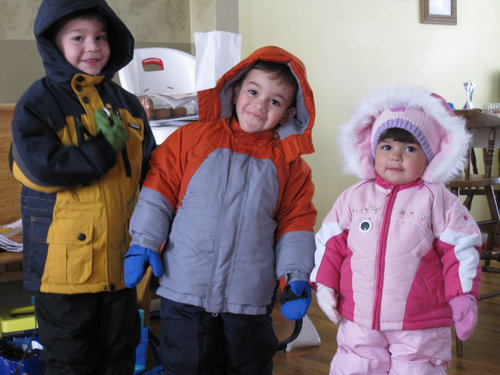 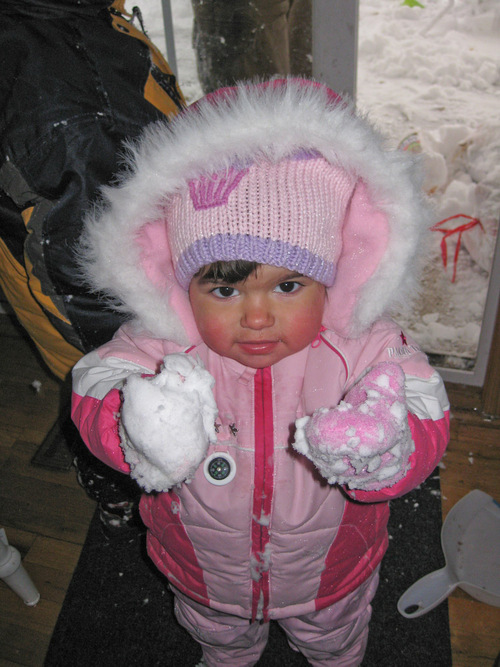 For those of you who have never experienced such a thing, here it is: when the weather gets too hard for even the most hardened of the independent, salt-of-the-earth types here in SD, the world closes down and a snow day is announced.  It is not taken lightly, you don’t speak of the possibility in anything above a whisper unless you have it on good authority (i.e. a vision from God) lest you jinx it.  And let me tell you, while not a fan of winter so much (so many coats to trip over! gloves to keep track of! cabin fever!), snow days are AWESOME.  Waaaaaay better than a late start because of fog, let me tell you.

People kept throwing the word “Blizzard” around on Wednesday, but to be honest, I didn’t think about it too much.  I was out emceeing the jr. STM retreat and was occupied with all that came with it.  But as we went to leave for home, the wind was fierce and the rain nasty.  The radio kept repeating that we were under a Blizzard wraning until 5 Thurs. night.  Pretty good indications that there would indeed be some snow.

Holy cats!  The snow came and with it wind.  78 mph gusts were measured DOWNTOWN.  The interstate was closed from the Wyoming line to well past the half-way mark through the state.  Drifts piled up as high as 12 feet on I-90.  A no travel advisory was issued for western South Dakota.

So we gladly hunkered down.  The kids were overjoyed at the accumulation and Philip talked non-stop about having a snowcone until he had 2 for supper.  We read “Snow!” and “The Big Snow” for school (highly recommended) and then they begged to go out.

Out came the boots – all too small from last year.  Out came the coats.  Mittens were found (hurray!) and snowpants were worn.  It seriously took Jac and I 20 minutes to get everyone bundled up and sent out the door … only to meet a two foot drift.  The 60 mph winds didn’t even phase them – off they went to get stuck in the drifts up to their waists.

Jac found it irresistible and he followed them out.  I stayed in to make cocoa and cider and listen to the news reports (someone has to do it!).  They lasted 40 minutes-very impressive!  As they made messes with their cocoa we noticed Max’s cheeks, scarlet except for odd oblongs of white.  When I suggested frostbite, Jac scoffed until he looked it up online and announced we needed to warm up Max’s face.  Turns out he had a touch of frostnip – not as serious as frostbite, but exciting all the same.

Needless to say, they took great naps and were ready to chill through the evening.  Can’t complain about a day like that!