The Eve of Hallows Eve 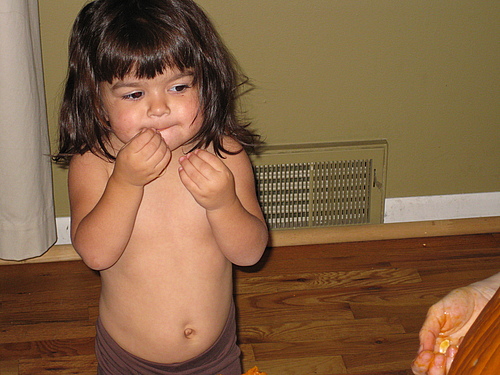 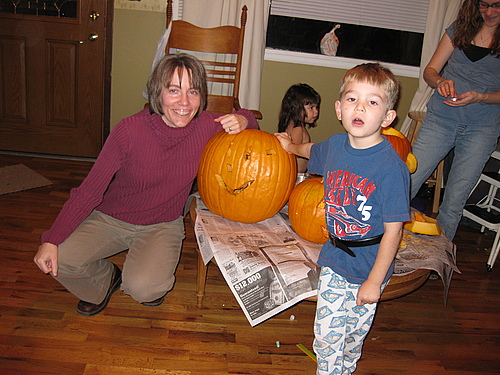 Susan and Max with the masterpiece. 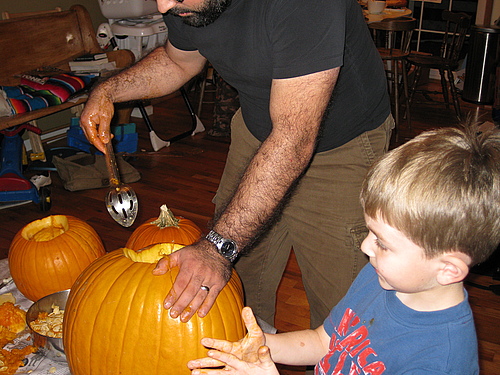 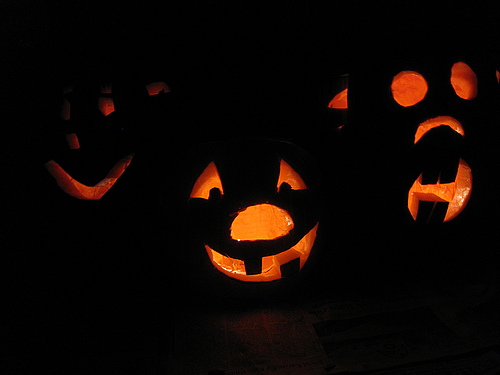 Last night we partied.  In this order:

1. Susan made us supper-delicious jumbalaya, crusty bread and ceasar salad.  Don’t let her tell you she can’t cook.

2. The kids rejoiced at Susan’s arrival. (She came over at lunch and put everything together in the crock pot.)

3. Susan opened a bottle of Reisling for her and Jac.  I was jealous and snuck a sip of the spouse’s. Jac reheated leftovers for the kiddos. (They were not fans of the jumbalaya.)

4. We sat and talked while the kids procrastinated with dinner.

5. We started carving pumpkins at which point Philip announced he did not like carving pumpkins and wandered away.  Susan cut open Max’s pumpkin and poured more wine. (She doesn’t do slimey.)  Tess decided to join us and Susan took pictures.  Philip came back to dictate his pumpkin’s face, Max drew his pumpkins goofy face and Tess tasted raw pumpkin.  She liked it.  A lot.  Susan faithfully made max’s artistic vision come to life, gaining numb fingers in the process (the cost of art).

6. Candles were put into pumpkins and lights turned out.  Oohs and ahs went around and the kids got wound up.

7. It was decided they would hold a fashion show for Susan of their costumes.  Chaos ensued.  A hole was drilled in Max’s helmet for his feather A diaper had to be found for Tess.  Where is the belt?? Finally everyone was dressed and photos were taken.

8. Costumes were removed and tears shed.  “Tomorrow” was too far away.  Jammies were supposed to be put on, but Jac started cleaning the kids bedroom in the process of finding them and the children got more and more wound up.

9. Bedroom cleaned, jammies on, we sang night prayer. Or part of it, anyway.  Kids were put in bed.

10. Susan poured more wine.  Jac made cider then.  Cheesecake was eaten.  Preperations for the coop were made.